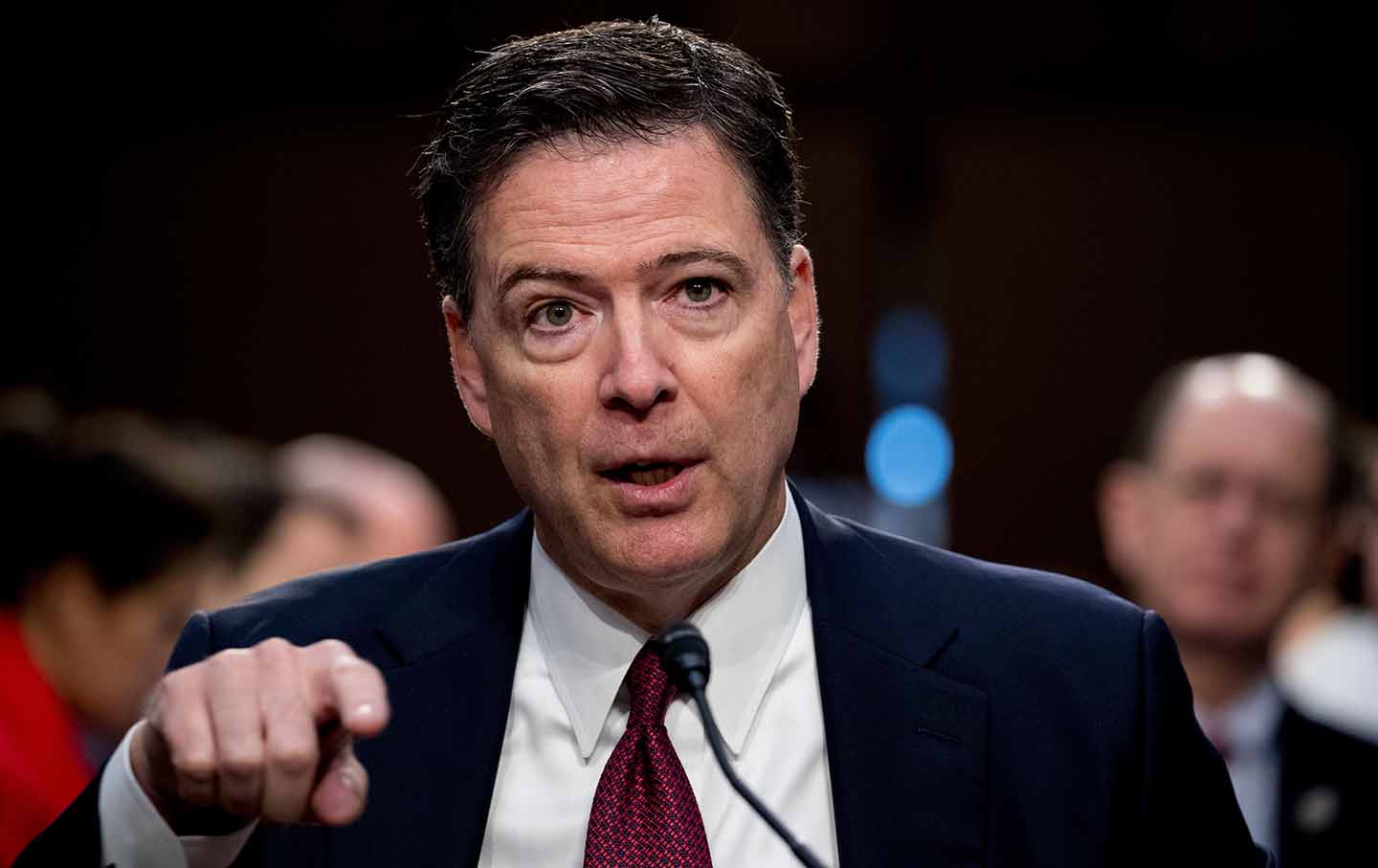 The first article of impeachment against Richard Nixon detailed presidential wrongdoing that was “in violation of his constitutional oath faithfully to execute the office of President of the United States and, to the best of his ability, preserve, protect, and defend the Constitution of the United States, and in violation of his constitutional duty to take care that the laws be faithfully executed, has prevented, obstructed, and impeded the administration of justice.”

That wrongdoing included “interfering or endeavoring to interfere with the conduct of investigations by the Department of Justice of the United States, the Federal Bureau of Investigation, the office of Watergate Special Prosecution Force, and Congressional Committees.”

It is well established—among both Republicans and Democrats—that “interfering or endeavoring to interfere with” an FBI investigation constitutes an impeachable offense.

That’s what makes Thursday’s Senate Intelligence Committee testimony by James Comey so consequential. The former FBI director, who was removed from his post last month by President Trump, said, “I was fired in some way to change the way the Russia investigation was being conducted. That is a big deal.”

Comey: “I was fired in some way to change the way the Russia investigation was being conducted. That is a big deal.”

It’s an even bigger deal because of how he responded when California Senator Dianne Feinstein asked why he was fired.

Referencing Trump’s own statements, in an interview with NBC’s Lester Holt and in accounts of his May meeting with Russian diplomats, Comey replied: “I take the president at his word that I was fired because of the Russian investigation—something about the way I was conducting it, the president felt, created pressure on him that he wanted relieved.”

California Congressman Adam Schiff, the former federal prosecutor who serves as the ranking member of the House Permanent Select Committee on Intelligence said: “I think it’s hard to reach any other conclusion but that this is evidence of interference and obstruction.”

Another veteran prosecutor, Congressman Ted Lieu, tweeted: “On @ComeyDay, he laid out the facts for Obstruction & Abuse of Power. Fun fact: Those were the first two Articles of Impeachment for Nixon.”

“Congress has a moral duty to show that no American President is above the law...”—Charles Chamberlain, DFA

Activists recognized these facts and issued a call to action.

“Jim Comey left no doubt in his sworn testimony that Donald Trump abused the power of his office in demanding the FBI Director’s loyalty and asking him to end the criminal investigation into former National Security Advisor Michael Flynn. Comey’s testimony details smoking gun evidence of a President attempting to obstruct justice and cover-up the truth,” said Charles Chamberlain, the executive director of the group Democracy for America, who argued that “Congress has a moral duty to show that no American President is above the law, and must immediately begin impeachment proceedings to investigate and remove Trump from office.”

But Ryan’s only actual defense for the president was a claim that Trump is “new to government.”

That’s no excuse. As Congressman Leiu noted, “Being unfamiliar with protocol and new does not allow a person to violate the Obstruction of Justice law.”

Paul Ryan’s rigid partisanship may protect this embattled president for a time—just as it protected Trump during the 2016 campaign, when Ryan constantly made excuses for the billionaire pretender.

But his willingness to suspend the system of checks and balances in order to serve his political master cannot change the truth that is self-evident: Donald Trump engaged in a pattern of conduct that invites comparison with the conduct that led the House Judiciary Committee to approve articles of impeachment against Richard Nixon.

The people recognize this. Polls show there is now significantly higher approval for impeachment than there is for Trump’s presidency. More than 1.1 million Americans have signed the national “Impeach Trump Now” petition, local city councils are passing resolutions urging Congress to act, and Democracy for America is declaring: “Congress Has What it Needs to Impeach Trump.”

“The American people have made it clear that they believe Trump and his administration have crossed the line, and they are demanding accountability. That will only happen when Congress exercises its constitutional power to uncover and bring to account the abuses of Donald Trump and his administration,” explains Charles Chamberlain. “It has never been more important for Members of Congress to put aside political considerations and do what is best for our country.”