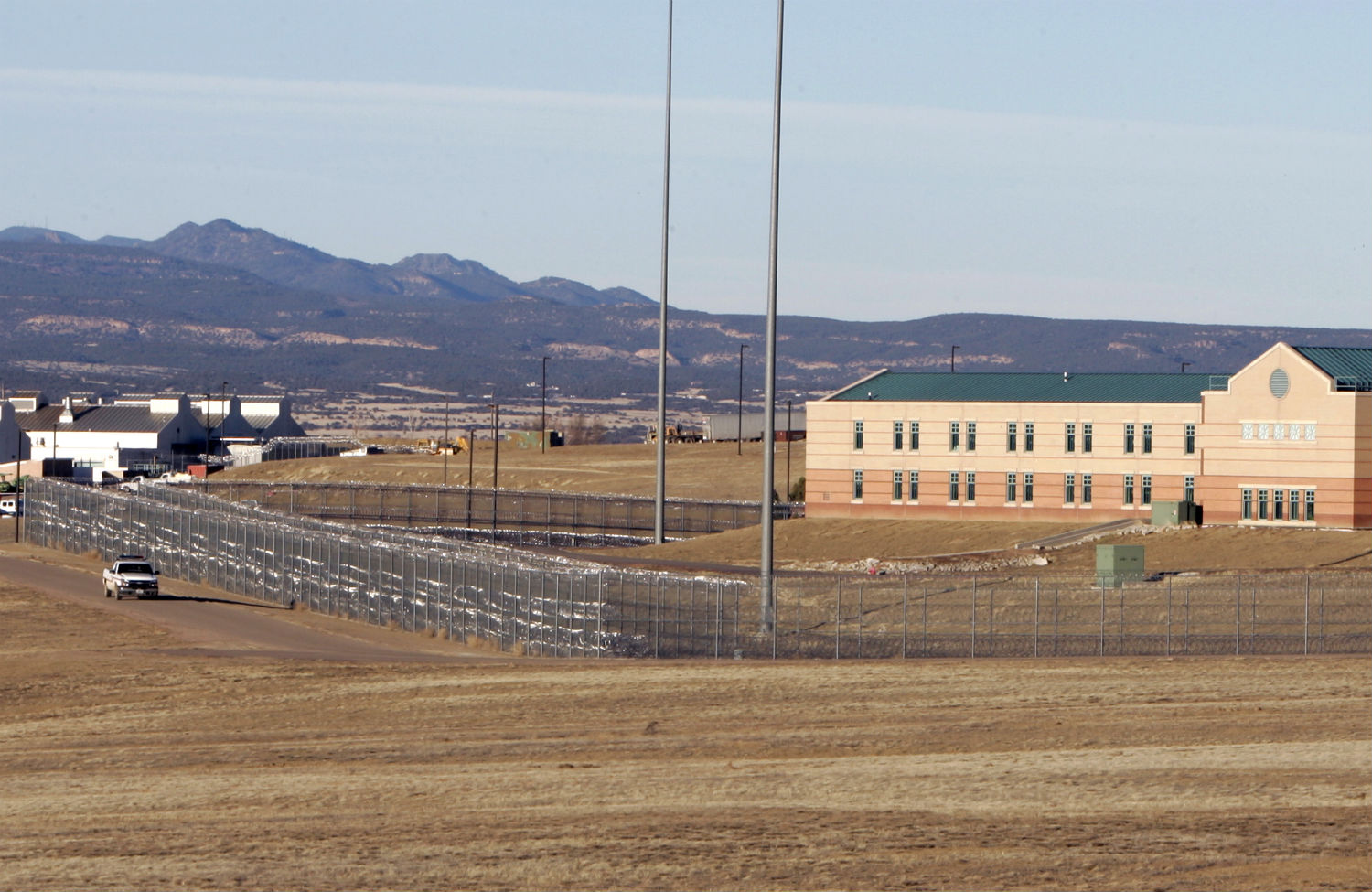 The ADX prison in Florence, Colorado, where inmates are held in solitary confinement for 22 to 24 hours per day. (Reuters/Rick Wilking)

Eight to nine inmates held at a US supermax prison in Colorado are on hunger strike and being forcibly fed, reports the watchdog organization Solitary Watch.

The striking prisoners are serving sentences at the Administrative Maximum Facility (ADX) in Florence, Colorado, the highest-security prison run by the federal government on US soil. At ADX, more than 400 inmates spend twenty-two to twenty-four hours a day locked alone in concrete “boxcar” cells without access to a window. A former warden once called the facility “a cleaner version of hell.”

The strike is reportedly taking place in a special ADX wing called H-Unit, which houses prisoners accused of terrorism, many of whom are under “special administrative measures” to restrict communication with the outside world. H-Unit has a history with hunger strikes and forcibly feeding prisoners. 60 Minutes reported in 2007 that there had been at least 900 instances of force-feedings at H-Unit since 2001.

The UN human rights office has deemed indefinite solitary confinement and nasal force-feeding, as practiced at US prisons, torture under international law.

Pardiss Kebriaei, an attorney who represents clients at ADX and Guantánamo Bay, wrote for The Nation last month about how ADX’s practice of solitary confiment compares with torture at the military detainment center in Cuba. Kebriaei represents Fahad Hashmi, an ADX inmate who was convicted in 2010 of supplying socks and ponchos for Al Qaeda and loaning a cell phone to a co-conspirator. She writes of his prison conditions:

For over 2,100 days, he has been alone in a space he can touch both sides of simultaneously. He has not touched another human being since 2007. While he has been at ADX for nearly three years, he has no sense of his surroundings, because all he can see of the natural world is a patch of sky through steel mesh from an outdoor “recreation” cage two to three times a week, if that. He has not set foot on anything other than concrete in over six years. The image of Fahad’s torture is not that of a person being led around an interrogation room on a dog leash, or held in a stress position with heavy-metal music blasting. It is a person sitting still in a small cell, slowly deteriorating in a modern prison on the outskirts of a small Colorado town.

A court testimony from Mahmud Aboudhalima, an H-Unit inmate convicted of conspiring in the 1993 World Trade Center bombing (a charge he denies), offers another look into life at ADX. Here’s a snippet, via Solitary Watch:

Since September 11, 2001, through today, I have been in administrative detention and faced brutal and systematic mental, spiritual, and psychological cruelty. I never believed that such an unusual punishment would be extended up until today, where I have lived in a prison cell for the last ten years that is the size of a closet. I am fed like a zoo animal through a slot in the door, and manacled and chained at the hands, waist, and legs when I leave the cell.

News of the hunger strike Tuesday came as a Senate Judiciary Subcommittee held a hearing to reassess the use of solitary confinement for juvenile, pregnant and mentally ill prisoners. The session was chaired by Sen. Dick Durbin (D-IL), who called the the practice a “human rights issue we can’t ignore.”

US lawmakers heard testimony from prison officials and former inmates, including Orange is the New Black author Piper Kerman and Damon Thibodeux, who spent fifteen years in solitary confinement before being exonerated for rape and murder in 2012.