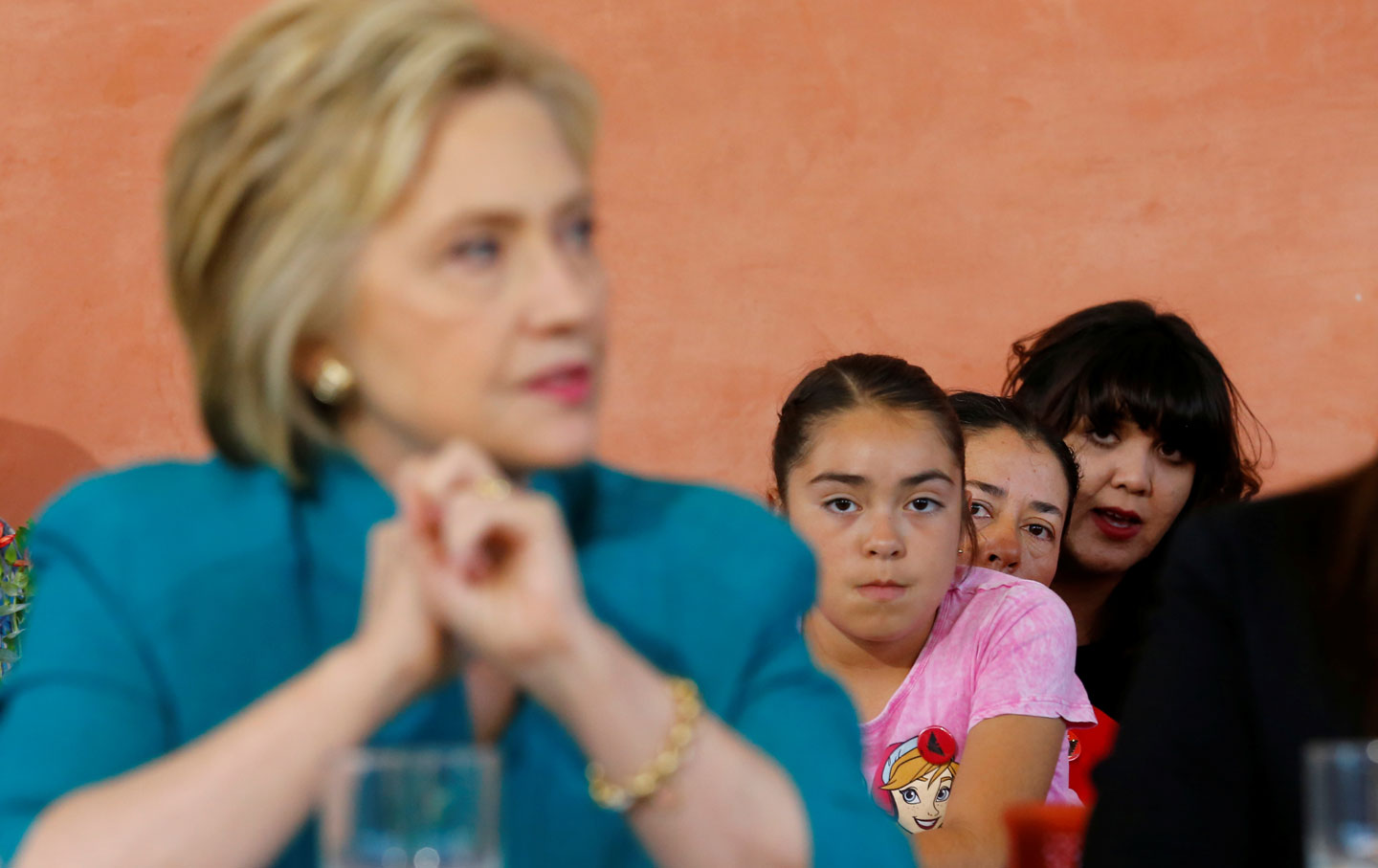 This week, Hillary Clinton announced a new anti-poverty measure that would benefit families with young children. In short, Clinton wants to increase the amount the nation’s poorest families get under the child tax credit.1

Right now most American families with children receive this tax credit. There is a catch, though: Families have to make at least $3,000 a year to start earning the credit. Clinton would change that so that families can start receiving it as soon as they earn their first dollar, and would double the maximum credit working parents receive for children under five.2

The nonpartisan Center on Budget and Policy Priorities estimates that the change would benefit 14.2 million families and lift 1.5 million above the poverty line. In a hypothetical example from CBPP, a single mother of a 7-year-old and a toddler, who works 20 hours a week 50 weeks a year and is currently receiving $638 under the credit would see her credit increase to $3,000. Nearly ever other industrialized country has some form of child allowance that provides money to parents, not as a tax break, and most countries provide it to their poorest citizens, whether they are working or not. Japan provides about $125 per month to parents for each child under 15, regardless of the parents’ income. German parents receive a payment called a Kindergeld into their bank accounts every month, and payments are at least the equivalent of about $200 until each child turns 18, though the payments can be extended to 25 if the child remains in school or has other qualifying circumstances. In France, the child benefit is about $20 a week for the first child and a little less for each child therefore. These are all systems designed to take into account how expensive children are.3

A change like the one Clinton is proposing in the American child tax credit is something many anti-poverty advocates have long advocated. “The idea of a child tax credit we provide to everyone except to the most desperately poor” is wrongheaded, said Elizabeth Lower-Basch, a director at the Center for Law and Social Policy, a think tank in Washington, DC. “The challenge is that in the United States it’s hard to imagine it would be generous enough to help the people who are really the most destitute.”4

The American Social Safety Net Does Not Exist

That’s the rub. Even assuming Congress goes along with this plan, which would cost $200 billion, it doesn’t offer the benefit for any families who don’t earn any formal income, because they’re not eligible for tax credits at all. Fundamentally, all of our support systems for the poor are tied to work, through the tax system.5

Welfare once provided help to women who didn’t work, and, as I wrote in a feature for The Nation this week, one of the biggest problems our so-called safety net has now is that it provides almost nothing to those who are extremely detached from the labor market. These are often people who struggle the most to get and hold jobs, including those with mental-health issues, addictions, or conviction histories that make employers reluctant to hire them. If these families don’t have children, the only help they’ll get is from food stamps, and some states are trying to make it harder for them to qualify for even those.6

Until now, none of the candidates has spent much time on talking about how to address poverty. The only “plan” Republican presidential candidate Donald Trump for the working class is touring the industrial Midwest and promising to bring factories back to American shores. His job-creation plans center on cutting taxes. Most of those tax cuts would go to the wealthy, and an analysis released last month revealed that, because of the way they’re designed, some of America’s lower-income workers would actually pay more. Even his plans meant to benefit lower-income workers, like his child-care tax credit plan, would disproportionately help the wealthy and leave the poorest workers out.7

The politics of poverty in this country seems locked into the idea that only the working poor deserve help.

Clinton has spoken less explicitly about poverty, but her plans, from raising the minimum wage to expanding affordable childcare, would overall help the poorest families. This newest proposal, in which she is specifically addressing the needs of the poorest families, reflects a shift in tone. Dylan Matthews, at Vox, surmised that it might be an effort on the part of the Clinton campaign to address one of the most salient progressive criticisms of her legacy. “While Bernie Sanders did not make it a signature issue himself, Hillary Clinton’s support of the 1996 welfare reforms became a major point of controversy among left-of-center writers and intellectuals backing Sanders during the primary debate,” Matthews wrote.8

Clinton’s plan could put substantial money into the pockets of the country’s poorest families, and that will undoubtedly make a difference in their lives. Quartz writer Joel Dodge called it “the most ambitious anti-child poverty agenda since the Great Society of the 1960s.” But if that’s true, it means we’ve scaled back our ambitions by a lot. In his Great Society Speech in 1964, Lyndon Johnson said: “The Great Society rests on abundance and liberty for all. It demands an end to poverty and racial injustice, to which we are totally committed in our time. But that is just the beginning.” The politics of poverty in this country seems hopelessly locked into the idea that only the working poor need or deserve help.9

Clinton’s plan is an utterly sensible solution to an obvious, and needless, problem in our current system. It’s necessary and good, but it will go only so far in repairing the current holes in our safety net.10