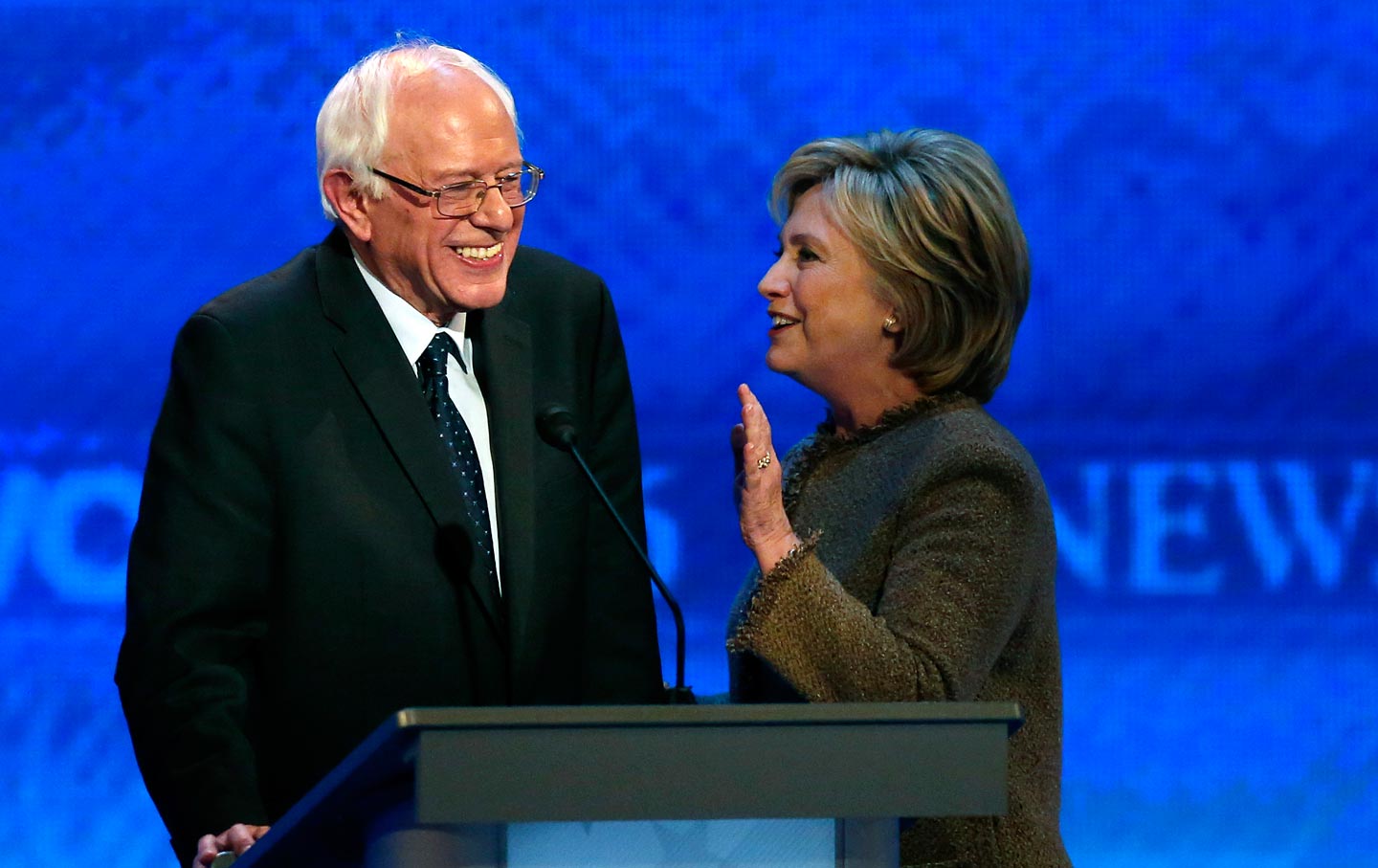 When it comes time to write the Democratic platform, it is likely that the Hillary Clinton and Bernie Sanders campaigns will have their disagreements. But there is one place where they can find common ground and address a glaring omission in the party’s statement of principles and purposes.

As recently as 2000, the Democratic platform declared support from what should be a basic premise of a party that advocates for voting rights and robust democracy: statehood for the District of Columbia. The platform on which Al Gore ran for the presidency that year declared, “Just as our country has been the chief apostle of democracy in the world, we must lead by example at home. This begins with our nation’s capital. The citizens of the District of Columbia are entitled to autonomy in the conduct of their civic affairs, full political representation as Americans who are fully taxed, and statehood.”

In 2004, however, the word “statehood” was dropped. While the party still advocated for equal rights and representation, it no longer declared that the residents of Washington, DC, should be able to lock in their rights as residents of a state that is equal to every other American state. Despite efforts by DC officials and statehood advocates to get the word restored in 2008 and 2012, the platform has remained vague on the issue.

“As president, I will be a vocal champion for DC statehood.” —Hillary Clinton

President Obama has endorsed statehood for DC—which, if estimates are correct, has a higher population than the states of Wyoming and Vermont—and so have Clinton and Sanders.

Clinton wrote a terrific article for The Washington Informer this week, in which she argued that support for DC statehood is critical to “restoring faith in democracy.”

“[Enfranchisement] isn’t solely a matter of individual rights. In the case of our nation’s capital, we have an entire populace that is routinely denied a voice in its own democracy,” explained the former secretary of state. “Washington, DC, is home to nearly 700,000 Americans—more than the entire population of several states. Washingtonians serve in the military, serve on juries and pay taxes just like everyone else. And yet they don’t even have a vote in Congress.”

“Hard as it is to believe, America is the only democracy on the planet that treats the residents of capital this way,” continued Clinton, who argued that

Lacking representatives with voting power, the District of Columbia is often neglected when it comes to federal appropriations. Many of the District’s decisions are also at the mercy of right-wing ideologues in Congress, and as you can imagine, they don’t show very much of it. Everything from commonsense gun laws to providing women’s health care and efforts to cut down on drug abuse has been halted by Republicans, who claim the District is an exception to their long-held notion that communities ought to be able to govern themselves.

Solidarity is no longer enough. We need a solution.

That’s why, as president, I will be a vocal champion for DC statehood.

She will get no argument from Sanders.

“The people of Washington, DC, are entitled to be full citizens.” —Bernie Sanders

The senator from Vermont is a co-sponsor of the “New Columbia Admission Act,” a bill that would lay groundwork for making Washington, DC, the 51st state.

“Washington, DC, is currently home to more people than the state of Vermont, yet its residents lack voting representation in Congress,” says Sanders. “I think it is morally wrong for American citizens who pay federal taxes, fight in our wars, and live in our country to be denied the basic right to full congressional representation.”

This is a long-term stance for Sanders, who as a member of the US House, supported DC statehood initiatives.

Sanders once asked during a congressional debate, “How could I in good conscience say that it is appropriate for Vermont to have two seats in the Senate, which we do, to have a congressman who can vote on all of the issues, which we do, to have a governor and a state legislature which deals with all the problems facing our people, which we do, and then say that the people of the District of Columbia, with a population larger than Vermont and larger than some other states, should not be able to enjoy the same rights?”

“I could not make that case. It would not be a fair case. It would not be a rational argument,” replied Sanders, who explained, “This debate is about one thing and the thing alone. That is whether the people of Washington, DC, are entitled to be full citizens. To me the answer is obvious and I intend vote yes for statehood for the District of Columbia.”

Sanders and Clinton are right.

DC statehood is a voting-rights issue and a democracy issue. And the Democratic platform should make that absolutely clear.