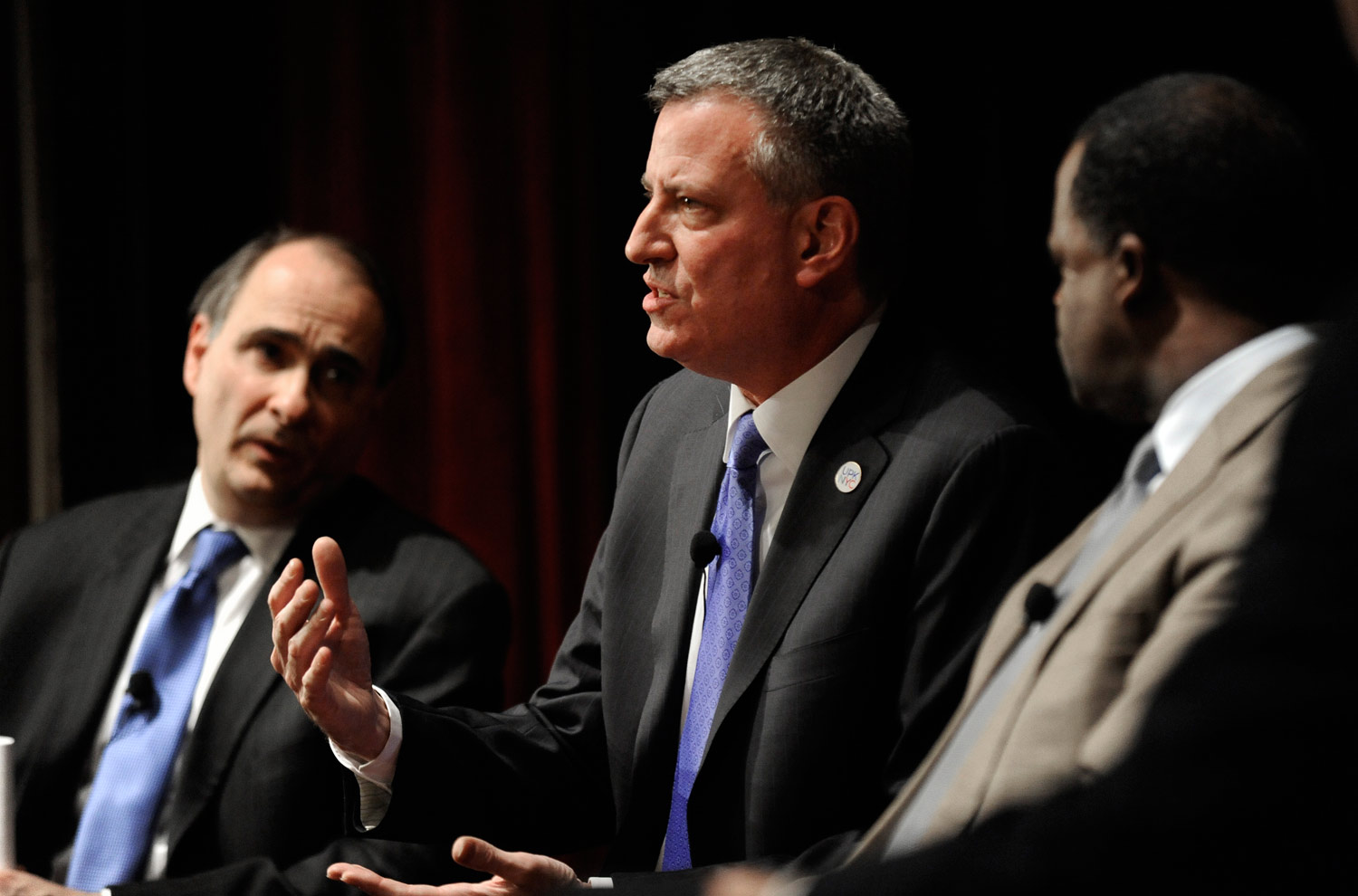 As the gears of federal government have ground to a halt, a new energy has been rocking the foundations of our urban centers. From Atlanta to Seattle and points in between, cities have begun seizing the initiative, transforming themselves into laboratories for progressive innovation. Income inequality, affordable housing, climate change, sustainable development, public health, participatory government—cities are tackling them all, bringing new urgency to some of the most vital questions of the day. Welcome to the age of big city progressivism! Cities Rising is The Nation’s contribution to the conversation.

The Rise of the Progressive City: With liberal hopes dashed in Washington, political energy is gathering in cities, where social change is actually possible.
by Michelle Goldberg

The Key to Making Economic Development More Equitable Is Making It More Democratic: How Oakland and other cities are experimenting with efforts to make local residents active participants in the development process.
by Sabeel Rahman

Can Neighborhoods Be Revitalized Without Gentrifying Them? Baltimore’s new housing plan could provide a form of neighborhood uplift that benefits communities, not developers.
by Michelle Chen

Broadband City: How New York Is Bridging Its Digital Divide: After two years in office, the de Blasio administration has made bold moves to make the Internet accessible to all New Yorkers.
by Maya Wiley

This Is What $15 an Hour Looks Like: In July, Emeryville, California, passed the highest city-wide minimum wage in the country. Here’s how workers’ lives changed–and didn’t.
by Gabriel Thompson

Bill de Blasio is New York’s Most Progressive Mayor in Decades—Is That Enough? As opposition mounts, the solution to de Blasio’s problems might lie in even bigger, bolder interventions.
by Jarrett Murphy

Detroit Is Ground Zero in the New Fight for Water Rights: As many as 25,000 families are at risk of having their water shut off. These activists are fighting back.
by Laura Gottesdiener

Can Kshama Sawant Build an Actual Socialist City in America? First, she’ll have to win rent control.
by Sarah Jaffe

Is the Former Capital of the Confederacy Finally Ready to Confront Its Poverty–and Its Past? Richmond, Virginia, is the eleventh most unequal big city in the country; its leaders finally want to change that.
by Sasha Abramsky

Can a Progressive Mayor Govern New York City?: Bill de Blasio was elected to unite a divided city but some rifts are hard to mend.
by Sarah Jaffe

Meet the Group of Feisty Urban Progressives Who Want to Transform the Country One City at a Time: At a Local Progress Gathering in New York City, “pothole progressives” shared strategies for a grassroots, social justice revival.
by Steve Early

What Does it Take For One Small City to Vanquish an Oil Giant?: Progressives in Richmond, California, trounced Chevron on Election Day, but the company remains a powerful local force.
by Harriet Blair Rowan and James Tobias

How One California City Began Bringing Its Murder Rate Down—Without Cops: While other cities have embraced heavy-handed policing tactics, Richmond, California, has offered mentoring and money to its most at-risk young men.
by Heather Tirado Gilligan

Mental Illness, Homelessness, Drug Addiction: Do These Sound Like Crimes?: Why are we letting these rampant social problems be handled by the criminal justice system?
by Mychal Denzel Smith

What Happens When A City Decides to Offer Addicts Services, Not Prison Sentences? Inspired by Seattle, Santa Fe adopts the LEAD program to divert people arrested for drug possession away from the criminal justice system and into treatment.
by Aaron Cantú

It’s Time for the NYPD to Stop Treating Mentally Ill New Yorkers Like Criminals: How a crisis intervention program pioneered in Memphis could save lives and prevent arrests.
by Agnes Radomski

Can a ‘Homeless Bill of Rights’ End the Criminalization of LA’s Most Vulnerable Residents? After years of harassment by the police, homeless Angelenos and their allies fight back.
by John Thomason

Is Pittsburgh Really Green–Or Is It Just Outsourcing Its Pollution? How Pittsburgh’s greenhouse gases became Guanzhou’s problem.
by Mark Schapiro

Minneapolis Has Long Been Fractured by Racial Inequity. Can a New Mayor Change That?: Mayor Betsy Hodges wants to make Minneapolis live up to its progressive hype.
by Gabriel Thompson

If Congress Won’t Raise the Minimum Wage, These Cities Will: Since June, San Diego and Los Angeles have passed a trio of minimum wage increases. Which city will be next?
by Agnes Radomski and John Thomason

#FastFoodGlobal: How the International Struggle Against McDonald’s Could Bring a $15 Minimum Wage to New York City: Can a global movement buoy local fights for fair pay?
by Michelle Chen

100 Days Into Bill de Blasio’s First Term, New York’s Most Powerful Progressive Is Taking Big Swipes at Inequality: The bad news? The forces of opposition may be just as strong as he is.
by Jarrett Murphy

What If the Minimum Wage Were $15 an Hour? Inside the movement that’s pushing to make a living wage a reality in Seattle.
by Sasha Abramsky

Can Big Oil Retake Richmond, California? In 2008, progressives won control of City Hall. Now, as elections loom, Chevron wants to take it back.
by Steve Early

How Local Governments Are Using Their Purchasing Power to End Sweatshop Labor: With the government’s leverage as both a consumer and a steward of the public trust, the public sector can hold the line against the fashion industry’s race to the bottom.
by Michelle Chen