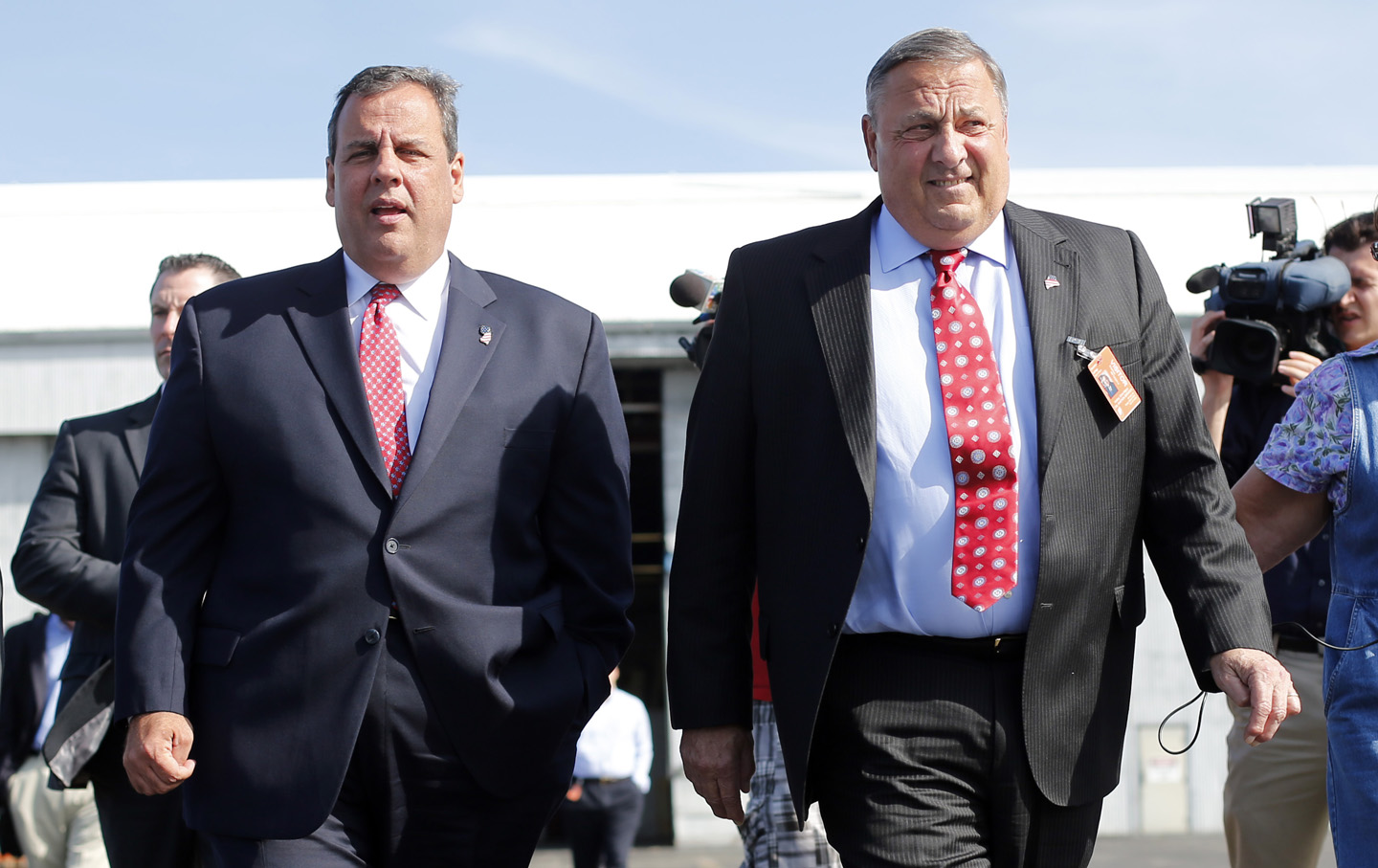 When does an endorsement go bad?

When does a supporter become so foul that a candidate cannot accept the support any longer?

Christie does not have a lot of major endorsements for his presidential run. But he has gained traction in the first primary state of New Hampshire—where every recent poll has had him in double digits and his backers argue that he could yet emerge as the strongest alternative to the hot mess of demagoguery that is Donald Trump. In fact, there is a case to be made that, from a northeastern base, the governor could yet emerge as a (relatively) mainstream alternative to Trump and the extreme-right candidacy of Texas Senator Ted Cruz.

On Paul LePage's remarks: “If someone doesn’t think this is racist, they probably don’t think anything is racist.”

Now, however, Christie has a demagoguery problem.

Yes, the Garden State governor is known for his sometimes abusive language.

But this demagoguery problem involves a supporter—arguably, Christie’s most prominent supporter.

Christie makes no secret of the fact that he thinks that backing is important. When LePage announced the endorsement last July, the New Jersey governor flew to Portland and described the Maine governor as “a ‘great friend’ who will play an important role in his bid for the White House.” (Only one other governor, Maryland’s Larry Hogan, backs Christie.)

Maine is an important state for Christie, who hopes to run well in the March 5 Republican caucuses there. A strong showing in New Hampshire and wins in states such as Maine could muscle up Christie’s claim that he has broader appeal than Trump or Cruz.

That strategy relies on LePage, a Tea Party favorite who has twice been elected in Maine.

This week, the Maine governor out-Trumped Trump by a good distance, unleashing an “explanation” for a serious issue—New England’s heroin epidemic— that Mainers and national commentators have characterized as “overtly racist” and indicative of a “racist… world view.”

Speaking at a public town-hall meeting about those who deal drugs, LePage said: “These are guys with the name D-Money, Smoothie, Shifty…these types of guys.… they come from Connecticut and New York, they come up here, they sell their heroin, they go back home. Incidentally, half the time they impregnate a young, white girl before they leave, which is a real sad thing because then we have another issue we have to deal with down the road.”

Trump has been compared with George Wallace, the former Alabama governor and presidential contender who became the face of resistance to integration in the 1960s. But LePage’s remarks are comparable to those of Southern racists who ran to the right of Wallace. And the governor’s attempt at an explanations only made things worse, as LePage sputtered about how, “Instead of saying, ‘Maine women,’ I said, ‘White women.’ I’m not going to apologize to the Maine women for that because if you go to Maine you will see we are essentially 95 percent white.”

LePage then griped about reporters for covering his remarks and told them: “If you want to make it racist, go ahead and do what you want.”

Will Christie continue to accept the support of LePage, whose history of racially-charged and sexist comments is long and well-documented? Or will Christie try to run against Trump while embracing a politician whose rhetoric is frequently uglier than Trump’s?

Responsible Republicans in Maine have called LePage out. “This is one of the most offensive statements yet from this Governor,” argues Lance Dutson, a former aide to Republican Senator Susan Collins.

Amy Fried, a professor of political science at the University of Maine and the faculty advisor to the UMaine College Republicans, writes, “If someone doesn’t think this is racist, they probably don’t think anything is racist.”

And that leaves Chris Christie in a difficult spot.

As Michael Tyler, the Democratic National Committee’s director of African-American media, explains, “Paul LePage’s comments are disgusting, racist and represent the worst form of conservative politicsone that plays to the darkest elements of the Republican Party’s base. By remaining silent, Gov. Christie condones LePage’s racist comments and his world view.”

A presidential candidate cannot be held responsible for every word said by every one of his or her supporters. But overtly racist remarks by a candidate’s most prominent supporters must be rejected. If Christie wants to be taken seriously as an alternative to Trump, he should start by rejecting Paul LePage’s comments—and Paul LePage’s endorsement.