A luxury housing complex being built on the site of the Domino Sugar Factory refinery in Williamsburg, Brooklyn. (Photo by Christina Horsten / picture-alliance / dpa / AP

John Ruskin never set foot in Brooklyn. But if he were to walk through certain parts of Williamsburg or Bushwick today, two centuries after his birth, it’s easy to imagine what he’d make of the rapidly changing neighborhoods.

He’d make stops in several recently opened, nearly indistinguishable coffee shops, the interiors of which would all employ the same tired take on taupe walls and reclaimed wood. He’d stroll past buildings, hastily constructed by vulture real-estate developers, sporting harsh geometric facades and see apartment buildings newly renovated with a sharp black-metal trim that clashes clumsily with the original brick; venturing inside, he’d find most of the units decorated in some sort of bland and lazy minimalism.

The coffee shops, the buildings, the apartments would all scream of sterility—a standardized style of austerity disguised as clean, frictionless modernism. They are, in essence, the result of the corporate “non-place” and its metastasis into the most personal spaces of everyday life. And Ruskin wouldn’t hold back in describing them as they are: repulsive.

Unto This Last & Other Writings

Ruskin was born 200 years ago this month. A Londoner of Scottish descent, he first made his name as an art and architecture critic, until, in the latter half of his life, he turned his attention to social and economic philosophy. Living in the wake of the Industrial Revolution, Ruskin allowed his aesthetic principles to inform his socioeconomic writings as he sought to inject a dose of soul into the detached pragmatism of early capitalist thought.

His unique viewpoint resulted in an acute prescience: He was one of the first thinkers to connect the rise of capital to the proliferation of severe inequality, slave-like wage labor, and environmental destruction. His seminal work, 1862’s Unto This Last, a sharp critique of the science of political economy, had a profound influence on everyone from William Morris and his Arts and Crafts movement to Marcel Proust and Gandhi, and its arguments ring just as true today as they did in the 19th century. 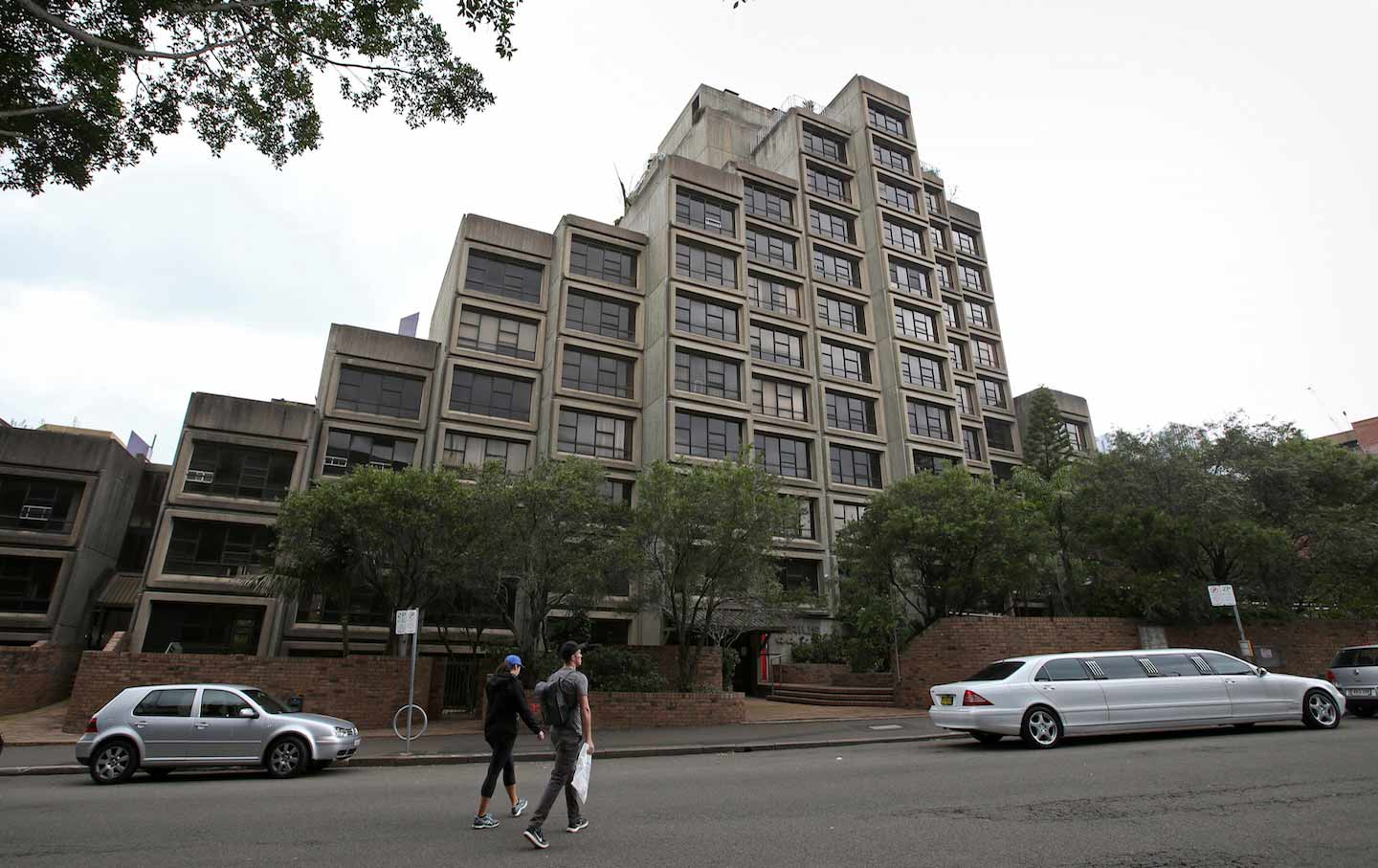 As a humanist and naturalist, Ruskin focused his aesthetic writings on the productive side of art and architecture. He held that a work arrives at beauty not when it achieves technical perfection, but when it successfully expresses the essence of both the person who made it and the materials from which it was made. “No good work whatever can be perfect, and the demand for perfection is always a sign of a misunderstanding of the ends of art,” he wrote in 1853’s The Stones of Venice.

These intellectual tendencies were undoubtedly rooted in his strict religious upbringing. But even as he abandoned his faith in his middle age, Ruskin’s focus on the sanctity of the soul continued to reveal itself in an idiosyncratic kind of aesthetic moralism. Other 18th- and 19th-century moralistic philosophers—such as Ruskin’s predecessor and fellow Scot, David Hume, or Friedrich Schleiermacher in Germany—grappled with the notion that a work’s artistic qualities could be judged morally, but Ruskin took that thinking a step further: A structure’s beauty or ugliness, he argued, is also a lens into the moral quality of the society in which and for which it was made.

This moralism helped him arrive at a more concrete and expansive social critique—one that was explicitly pro-worker. If architecture’s beauty lies in the humanness of its creation, his thinking went, the architect and the stonemason should work in concert, to ensure that both can affirm their being through their labor. It’s an argument about the basic dignity of work that has wide societal implications, regardless of profession; rather than simply toiling for wages at the behest of one’s boss at the most productive rate possible, shouldn’t all workers also be able to spend their days expressing their humanity? This line of critique in Ruskin’s thought reached its rhetorical zenith when, in the same 1853 work, he threw a jab at another Scottish thinker, Adam Smith, for his defense of efficiency and the division of labor:

Now, it is a good and desirable thing, truly, to make many pins in a day; but if we could only see with what crystal sand their points were polished—sand of the human soul, much to be magnified before it can be discerned for what it is—we should think there might be some loss in it also.

Smith, like today’s capitalists, argued that hyperproductivity is worth the price of dehumanizing, machine-like work, but Ruskin demanded that such dynamics be rethought.

In 1860, arriving at the logical conclusion of his ideas, Ruskin finally became disillusioned enough with the nature of work, as well as with the destitution, exploitation, inequality, and pollution—in essence, the ugliness—brought on by the rise of industrialized capitalism, that he finally began work on the four essays that would become Unto This Last, an extended polemic against what was then referred to as the science of “political economy,” the precursor to the modern study of economics. Ruskin’s primary critique was that political economy strips the study of production and consumption of their human elements—with disastrous moral and material results.

Like the other pseudo-sciences—“alchemy, astrology, witchcraft”—“political economy has a plausible idea at the root of it,” Ruskin wrote at the beginning of the first essay: the idea that wealth is better than poverty, and thus it behooves society to “examine by what laws of labour, purchase, and sale, the greatest accumulative result in wealth is attainable.” But in examining those laws, political economy presents a reductionist view of human nature and society that is neither realistic nor useful. “Observe, I neither impugn nor doubt the conclusion of the science if its terms are accepted,” Ruskin writes. “I am simply uninterested in them, as I should be in those of a science of gymnastics which assumed that men had no skeletons.” The simple study of growth is pointless if one doesn’t consider the humanistic ends and reasons for it.

Predictably, in critiquing the inhumanity of early capitalist economics, Ruskin came to dispute the entire system that the discipline sought to justify. He predicted the issues that would arise out of capitalism’s shortsighted focus on accumulation: environmental disaster, the proliferation of unfulfilling jobs, the effective slavery of wage labor, and inequality so severe that the masses go hungry and homeless even though society’s productive powers, evenly distributed, could feed and house everyone with the surplus. Just as a cookie-cutter apartment complex is little more than a money grab for the landlord, and provides no aesthetic nourishment for the human soul, so an economic system that takes growth as its sole end is little more than a vehicle for the enrichment of the few, while ensuring that the rest cannot flourish—either materially or in their higher human capacities. 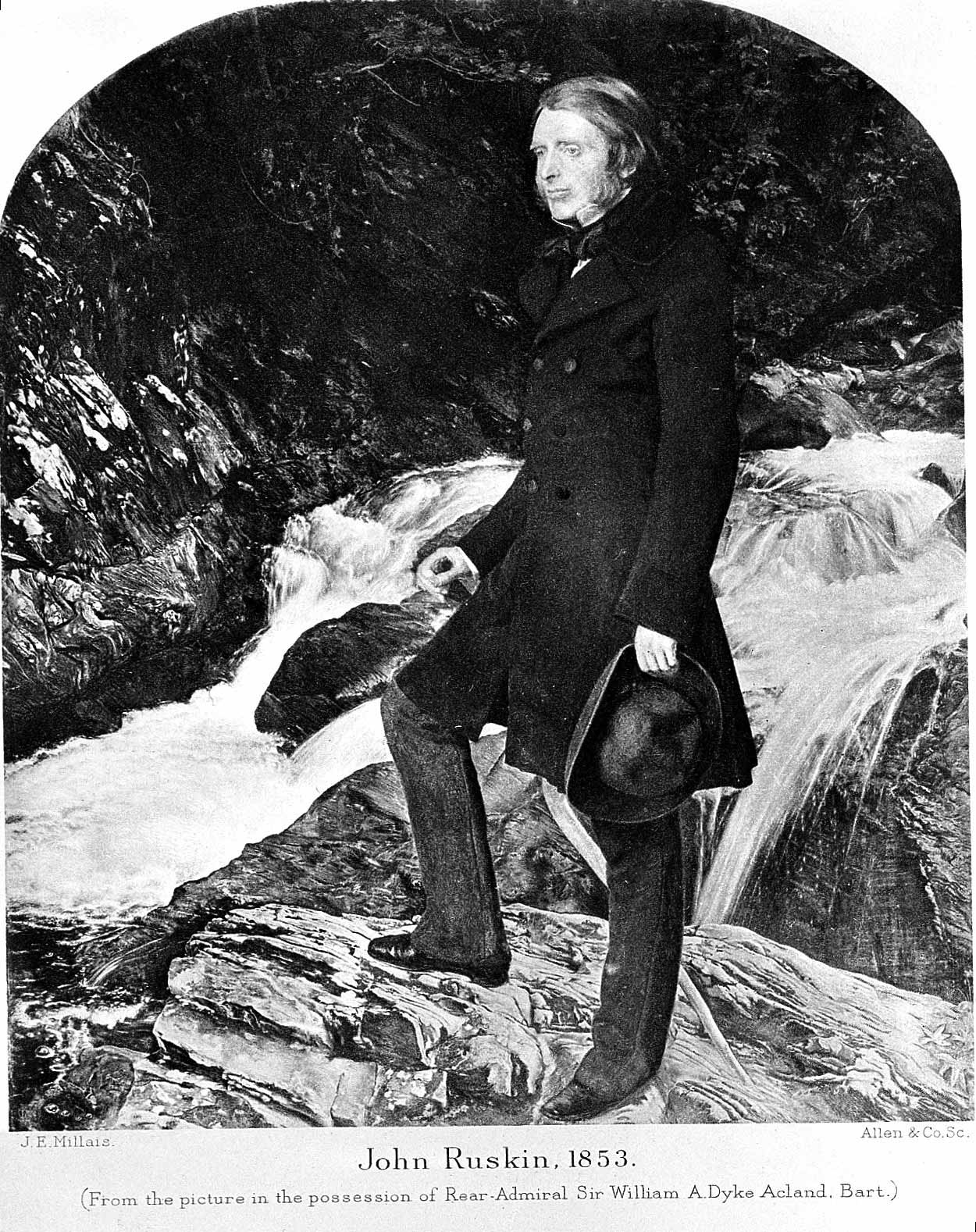 Ruskin’s conclusion was summarized in his most famous, if somewhat earnest and romantic passage, which is found in Unto This Last’s final essay: “There is no Wealth but Life. Life, including all its powers of love, of joy, and of admiration. That country is the richest which nourishes the greatest numbers of noble and happy human beings; that man is richest, who, having perfected the functions of his own life to the utmost, has also the widest helpful influence, both personal, and by means of his possessions, over the lives of others.”

In this, Ruskin pinpointed the root of capitalism’s deficiencies—deficiencies for which, some 160 years later, the system’s apologists are still unable to answer. It is a profoundly corrupt and inadequate way to organize a society, because it does not have as its end that which any healthy socioeconomic system should: beautiful buildings, happy workers, human fulfillment. Instead, it is organized solely for the benefit of capital. And the result, as Ruskin predicted, is ugly.