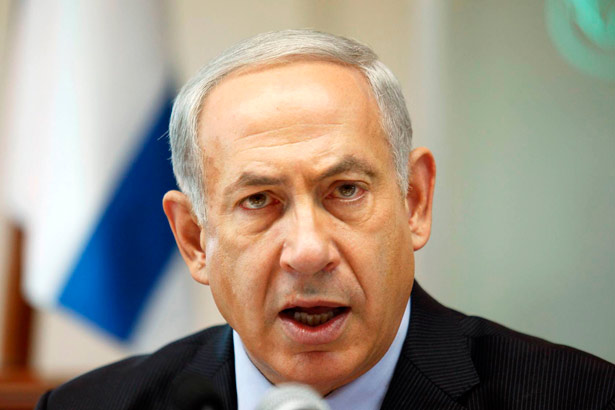 Israeli President Shimon Peres visited Vienna ahead of the latest round of nuclear talks between Iran and world powers there this week. Peres stopped by the International Atomic Energy Agency (IAEA). And he brought a warning. "The implementation of the agreement between the agency and Iran is proceeding, unfortunately, at a slow pace. Iran is buying time, but not answering the call," he said in remarks made available to the press. "Iran does not uphold its commitment to cooperate with the Agency's investigation and does not provide full transparency."

If true, the revelations could be momentous. Iran and world powers, including the United States, known collectively as the P5+1, signed an interim nuclear accord in November that laid the groundwork for the ongoing talks toward a comprehensive agreement. As part of the November deal, Iran agreed to limit its nuclear activities and acceded to tougher inspections. The task of monitoring implementation fell to the IAEA. With Iran backsliding, as Peres claimed, months of negotiations—not to mention prospects for a final deal—could all be for naught.

But how much stock to put in "if true"? Peres, since assuming the presidency in 2007, has played the elder statesman, often working to smooth the rough edges of Israel's notoriously brash diplomacy. Prime Minister Benjamin Netanyahu and his cabinet, in contrast, have raised issues about Iran in more stark, bellicose terms. And those terms are often wanting when it comes to getting the facts right.

Peres's allegations spurred me to call the IAEA to ask if the agency agreed. A representative declined to comment beyond pointing to IAEA Director General Yukiya Amano's remarks at the joint press conference. But Amano had only issued vague pleasantries, without ever addressing the substance of Peres's claims.

On Wednesday, however, Amano spoke up. Asked about implementing the deal by reporters, he replied, "We are working on it and they are cooperative." Was the deal with Iran going forward "at a slow pace," as Peres had alleged? "I can tell you, these measures are being implemented as planned," Amano said.

Those descriptions of progress—not Peres's allegations about its absence—reflect the on-the-record views of the agency up until now: the latest quarterly report on Iran's nuclear program, released in February, indicated that the Iranians were holding up their end of the bargain.

"Iranian implementation of the November 24 agreement is on track," said Kelsey Davenport, an analyst with the Arms Control Association who closely follows Iran's nuclear program. Davenport noted that one of the steps expected to be completed in May even includes Iran providing information about what the IAEA calls "possible military dimensions" of its program: access to details about alleged work on nuclear detonators.

So according to the IAEA itself and leading experts, Iran is on schedule, and even tackling difficult issues. That tracks with the buzz leaking from negotiation tables in Vienna this week, too: after the latest round of talks ended on Wednesday, Iran and the P5+1 released a joint statement noting that big differences remained, but that the talks were proceeding smoothly. "Substantive and detailed discussions covering all the issues" had been held, the statement said. A US official at the negotiations told reporters the sides would begin drafting a final agreement next month.

It's still, of course, possible that Israel has intelligence contradicting the apparent views of the IAEA and the experts. If that's so, Israeli officials should either pass it to those responsible for doing diplomacy, the IAEA, the United States or other P5+1 countries or make the public case themselves. For the moment, the once respected words of Shimon Peres appear to be little more than the sort of nay-saying on diplomacy we've come to expect from less reliable Israelis, those who seem most bent attacking Iran.

On these matters, Peres ought to tread lightly, not only because his carefully maintained reputation is at stake but also because of his own history. In another press conference, Peres once said, "This is a campaign to stop one of the greatest dangers of our time—a combination of nuclear bombs and cruel dictators that no one can trust, and no one can believe a word that they are saying." At the time, in 2002, Peres was foreign minister. The comments were about Iraq.