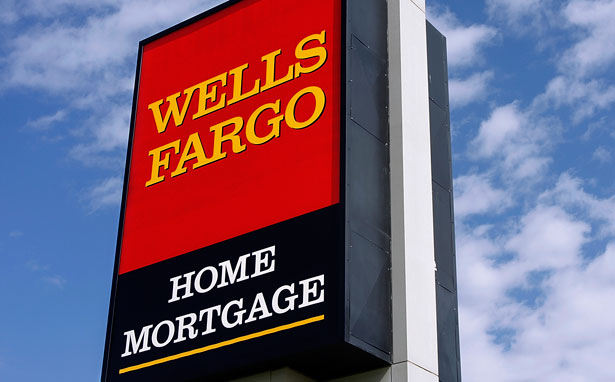 The 2007 banking collapse exposed the abysmal gap between the titans of finance and the 99 percent. But long ago, there was one place where Wall Street and Main Street intersected: at the teller window of your local retail bank. Some community activists want to pull Wall Street back toward an era when banking was done by real people, and retail banks invested in the neighborhood instead of pushing consumers into foreclosure. Can we bring back your friendly bank teller?

Seven years since Wall Street imploded, it seems the banking sector has rebounded far faster than the communities it has devastated, according to a report published by Center for Popular Democracy (CPD), which builds on a global campaign to advocate for fair labor and corporate accountability in Big Banks.

The report finds that poor communities tend to be both underbanked and overexploited by banks. Though lenders no longer give away subprime mortgages like candy, bank chains still degrade vulnerable consumers. Roughly a quarter of households nationwide are considered unbanked or underbanked, lacking access to basic financial resources like a checking account. Big Banks instead market relatively high-risk financial products to the poor, while ignoring the essential economic vehicles that help build assets prudently and realistically. Despite their relatively paltry wealth, among the hardest hit by the financial collapse were low-income communities of color. “The median net worth for people of color fell 53 percent during the Great Recession [but] for whites fell only 16 percent,” CPD reports. But today the leading Big Banks have ironically “emerged stronger and more consolidated, rather than being fundamentally restructured.”

Yet banks aren’t just evil faceless corporations; they’re made up of real people, often staffed with the same 99 percent as the consumers they serve. But your average teller or customer service agent is often still restrained by the structural inequities built into the financial system. Bank workers say they are pressured to track people toward high-risk credit schemes that may erode the wealth of the community. Wall Street is less interested in “low margin” services like a simple checking account, and focused on marketing higher-yield products like credit cards and high-cost mortgages.

“These practices,” CPD states, “are known to prompt predatory banking practices that have a negative impact on consumers, the economy and the workers forced to push them on their communities.” The hard sell on risky credit schemes is moreover accompanied by a withdrawal of basic retail services, as large bank chains downsize their operations in less profitable neighborhoods.

Fueling this downward spiral is an underlying labor crisis: the economic precarity suffered by the frontline bank workers themselves. According to surveys, frontline financial service workers have seen their hourly wages decline since 2007, part-time schedules are common, and many have seen their health insurance benefits gutted as banks have trimmed down. Turnover at retail bank branches is rampant, averaging “between 15 and 30 percent, with some positions as high as 40 percent.” This crush of low wages and high stress leads to unsustainable working conditions that undercut the financial labor force with the most direct contact with the poor. The poor, meanwhile, are further deprived of financial professionals who are responsive to community needs for credit and financial guidance.

As the workforce (the vast majority of them women) grows more precarious, the CPD contends, workers are put in the awkward position of serving as minions for predatory financial practices, helping to impoverish the customers (and often, neighbors) for whom they’re supposed to have a fiduciary obligation to serve fairly—draining wealth from the grassroots to corporate coffers. The Big Bank chains are effectively “pressuring workers to provide advice and services to customers based on a set of sales quotas, rather than sound financial principles,” CPD argues. For example, “Selling credit cards counts more towards sales goals than helping someone open up a checking account or savings account, thereby crafting skewed incentives based on the profitability of a product sold, not on how well it matched the needs of a customer.”

So retail banking seems to be trending backward to the pre-recession heyday of subprime lending, where banks gambled and socialized the risks on the most economically vulnerable. Fueled by poor regulation of the financial industry as a whole, this withering bank infrastructure hollows out communities already struggling with foreclosures and unemployment, along with even lower-end storefront financiers like payday lenders.

Aditi Sen, author of the report, tells The Nation, “Sales pressure has intensified on workers, [so] that they are actively discouraged from doing the right thing in terms of servicing customers and instead are supposed to make a sale no matter what. That is exactly the same kind of ethos and set of imperatives that led to the [2007–08] crash.”

In the end, Wall Street overlaps with Main Street at a very bleak corner of the economy. Frontline bank workers’ with subprime labor conditions peddle toxic financial schemes and drive a cycle of exploitation.

One way to break the chain is to build labor power on the banking industry’s ground floor—to give frontline workers more control over and investment in their workplaces. In addition to providing equitable compensation, CPD recommends “ending the unreasonable sales goals that prioritize shareholders’ profits over community stability,” as well as “committing to a full-time workforce [to] help increase worker retention, allowing front-line workers to build lasting relationships with clients in the community.” And if local banks become a source of sustainable career paths for the community’s workers, then the neighborhood becomes more financially sustainable.

This Monday, a group of Wells Fargo employees are rallying to demand that the corporation listen to its retail workers, stop seeking to boost “sales at all costs,” and instead, “build trust with our communities. “ And while the organized labor presence in the financial industry is virtually nonexistent, Communications Workers of America is working with community groups to form a united front, between bank labor and consumers, to hold Big Banks accountable.

Unless retail financial institutions restore some of those Main Street values, the industry will keep preying on cash-strapped communities and the miserable clerk tasked with all the dirty work—while the big boss laughs all the way to the bank.

Will Someone Please Wake Me Up?

Watch the First Presidential Debate With ‘The Nation’