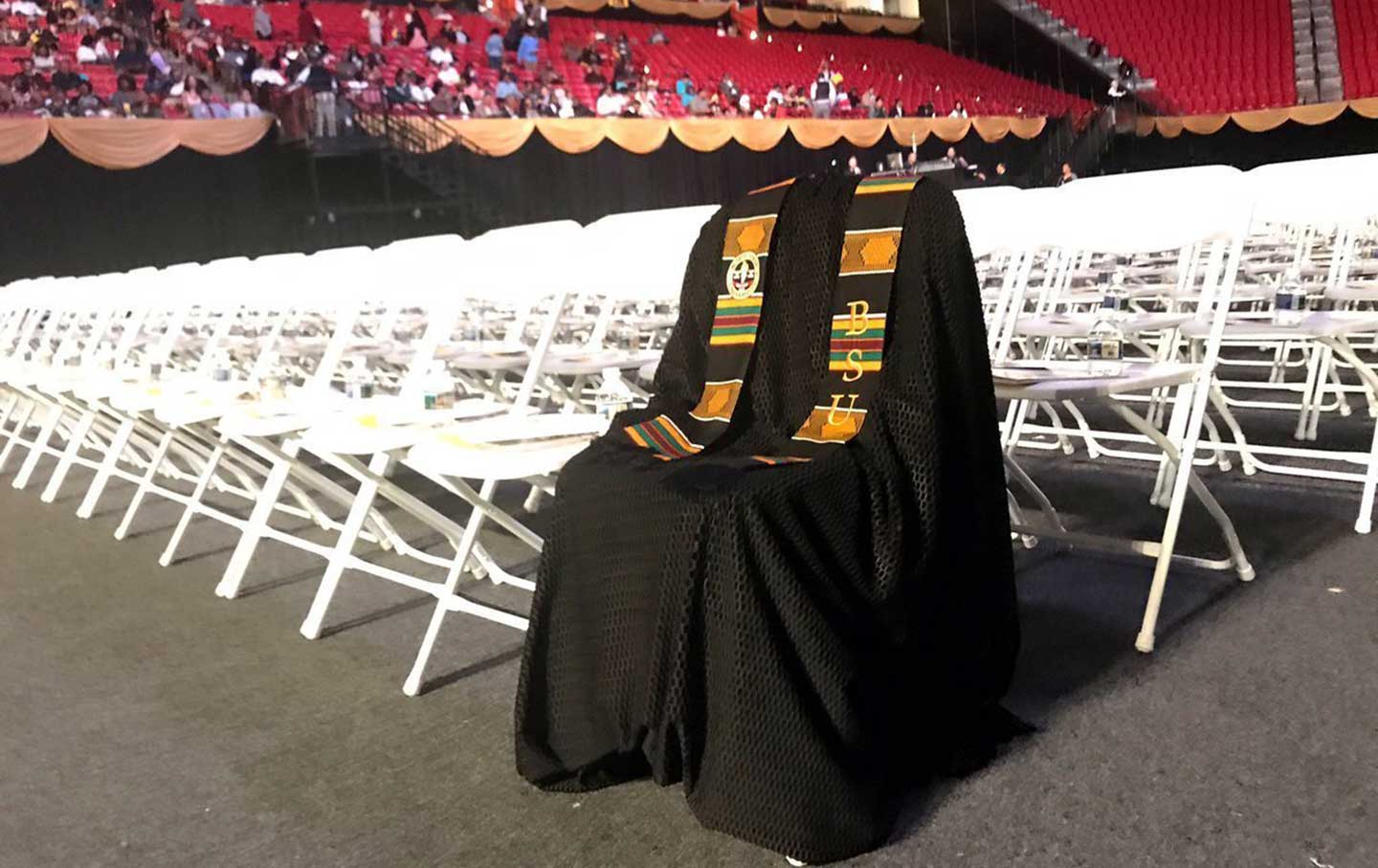 A Lynching on the University of Maryland Campus

The feedback was overwhelming. People expressed anger, sadness, and a strong desire to fight the racist right. In addition, a small group of people took issue with my use the word “lynching.” This piece is an attempt to address those concerns, and argue that it is important both definitionally and politically that we call what happened to Richard Collins III what it is: a lynching.

First and foremost, it’s a misconception that lynching requires a rope. Lynching is defined as an extrajudicial murder with the intent of promoting terror. The most harrowing and well-known example of this is the killing of 15-year-old Emmett Till, who in 1955 was beaten to death, and shot. What happened to Richard Collins III also qualifies.

I spoke with Dr. Rasul Mowatt, a professor of American studies in the College of Arts & Sciences at Indiana University who has written extensively about the history and representation of lynchings. After our conversation, he e-mailed me the following:

The Tuskegee Institute in 1959 provided us with the clearest definition of a lynching: 1) Met death illegally; 2) Three or more persons participated in the killing; and, 3) the group was acting on the pretext of justice, race or tradition (vigilantism).… To me, the second criteria from Tuskegee is no longer a requirement for a lynching.

That is a critically important point: a traditionally defined “mob,” especially in the 21st century, is not a requirement for a lynching.

A traditionally defined "mob," especially in the 21st century, is not a requirement for a lynching.

As Dr. Mowatt said, “The level of online communication amongst White Nationalists, White Separatists, and other Far Right groups would support the idea that these online chat rooms, forums, discussion boards, and social media group pages are [now] the key locations for these sorts of actions to develop.”

This point is so important. We associate lynchings with the violent groupthink created by a mob, but in 2017 physical mobs are not required to create that atmosphere. Sean Urbanski was part of a Facebook group called “Alt Reich: Nation,” which has since been taken down. Based on screengrabs still available online, this community performed the function of a mob: agitating its participants not only to racist bigotry but also to violence.

This stabbing needs to be understood as part of a tradition of homegrown violence aimed at black and brown people as an instrument of terror. If we don’t see Richard Collins III in the centuries-old continuum of lynchings, we are helping whitewash what took place. We are categorizing what happened as an aberration in the “post-racial” 21st-century United States.

You hear this from politicians who mouth calorie-free bromides like, “We are better than this,” and “This is not us.” We aren’t. And it is. To say otherwise obscures the fact that this living tradition of violent white supremacy is currently being nurtured from the campus to cable news to the White House.

“Hate crime” doesn’t begin to describe the atrocity that took place on the UMD campus. This was a lynching. Acknowledging that is a first step toward confronting the homegrown terrorists and finally taking steps towards consigning this practice to the trash heap of history where it belongs.