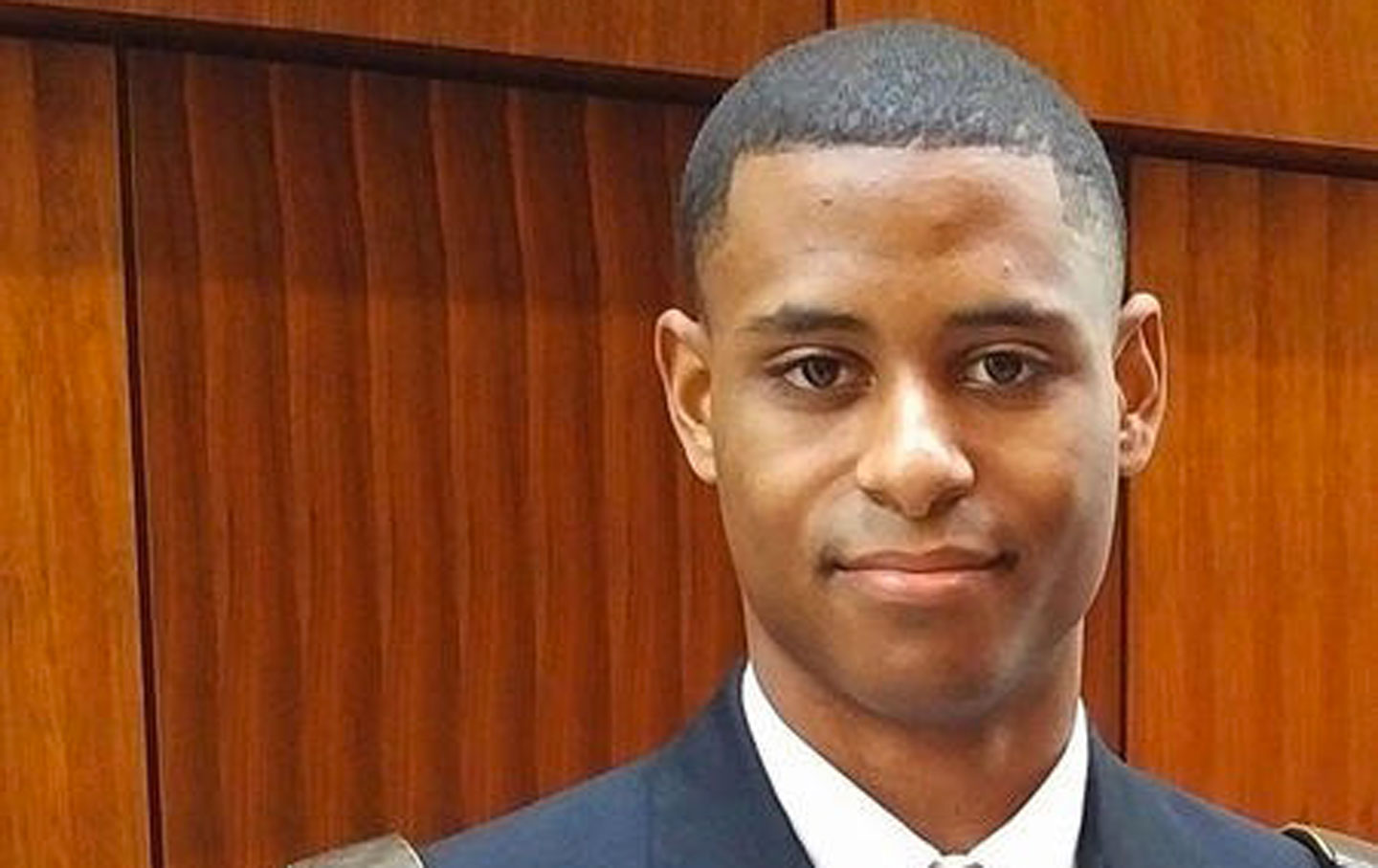 Richard Collins III was about to graduate from Bowie State University on Tuesday. He was commissioned as a second lieutenant in the US Army. He was airborne certified. He was a son, a friend, and active in his church.

To Sean Urbanski, a University of Maryland student, he was black. At around 3 am on  Saturday, May 20, Collins waited for an Uber ride along with two friends who were students at UMD at an on-campus bus stop. Urbanski walked up to them, and, according to witnesses, said, “Step left, step left if you know what’s best for you.” Collins simply replied, “No.” He stood his ground. Urbanski then stabbed him in the chest and fled the scene. Collins died at the hospital.

Why I Called the Murder of Richard Collins III a Lynching

Make no mistake about it—this was a lynching, a lynching committed by a UMD student. A lynching 10 minutes from my damn house. Urbanski, as has been widely reported, is a member of a racist Facebook group called “Alt-Reich: Nation.” But that’s also not all he is. He’s a college student who grew up in the leafy suburban environs of Severna Park, Maryland. He hung out at Adele H. Stamp Student Union, studied at McKeldin Library, and wore his Baltimore Ravens gear around campus. He was not an interloper or an outsider. He is a homegrown terrorist who grew out of the soil of this college campus.

The sooner that the administration and the student body reckon with that reality, the better. The UMD campus has seen racist chalkings, nooses, flyers, and threats since Donald Trump took office. And yes, one would have to be willingly obtuse to not see a direct line from having open white supremacists in the Oval Office to the emboldening of the perpetrators—not just at UMD but, according to NPR reporting, at campuses across the country.

Let’s see whether Trump, with his pro-military, pro-troop rhetoric, has anything to say about the lynching of a soldier in 2017.

Collins’s killing was caught on video and is already being investigated as a hate crime by the FBI. At a press conference, UMD police chief David Mitchell had an appropriately visceral reaction to what took place. He said, “Anyone who feels empowered by what happen, the only thing I can say is that if you want to harm our students, you are going to have to go through us. We are not going to tolerate any harm brought to our students. Not on my campus. Not on my watch.”

That’s all well and good, but if this is going to end at UMD, it will be because students, faculty, and campus workers say enough is enough, not only to the hard right festering on campus but to an administration, led by President Wallace Loh, that has been all too content to look the other way.

According to several UMD undergrads, although it’s the end of the semester, direct actions are already being planned to ensure campus safety and uproot the monsters in their midst. Undergrad Brendan Sullivan captured a shared sentiment among students in a message to the school’s president on Facebook, writing, “Hey Wallace Loh, Through your failure to address racism, white supremacists, hate speech and violence against people of color you have created an atmosphere where racists are emboldened. Your milquetoast attitude to the racist flyers, calling hate speech ‘free speech’ and refusing to stand by immigrants, who you yourself are, has allowed this disease called racism to root itself in our university. We need courage, we need our administration to fearlessly fight for the lives of our students, not cover their asses and hide in their shell. Richard Collins’s blood is on your hands.”

There is a fight now that needs to be joined. Every available resource needs to be mobilized. Pretending that the murder of Richard Collins III is somehow an isolated incident will only make the situation worse. The FBI is not some anti-racist battalion. Without a mobilization against all forms of white supremacist hate, more innocent blood will spill.