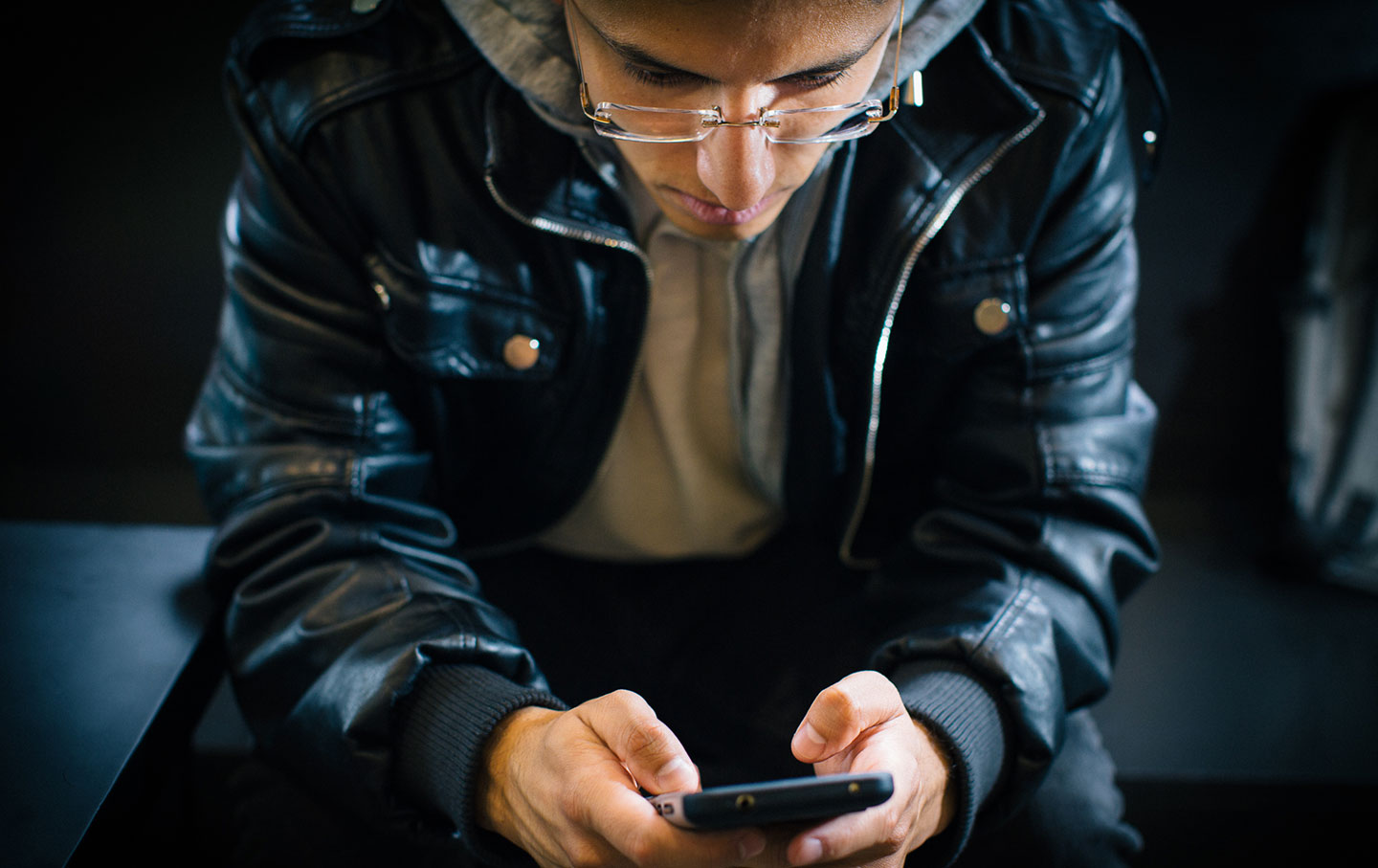 Tell me about your story.

I came to the U.S. when I was 11, with my siblings and mom. We came to escape poverty and domestic violence. I came from a really small town about 18 miles north of Mexico City.

We came undocumented. My mom told us there was no way we could get visas. I crossed the border in Texas. We came with the perspective that things are going to be better here. There’s justice for all in California—equality for all, more rights for people. Here, the rights of every human being are respected. That’s what we learned in Mexico. But in the first couple months I realized that wasn’t the case. I experienced racism as an 11 year old. At one point, a middle school here in California didn’t want to accept my sister and me—supposedly because we didn’t know English. I knew from that point on things would be really difficult for us. For me it was okay, one more extra challenge. It didn’t discourage me, it was just a fact of life I had to overcome.

My activism started in community college. Before that I was really focused on school. In community college I became interested in politics, about the time Obama was [first] running. One of my friends was also undocumented. She was one of the first persons I’d met who was not only undocumented but public about it. She was comfortable telling the class, “Hey, I’m undocumented.” She got me involved in the movement, with immigrant rights organizations. I got involved with the California Dream Network, CHIRLA [Coalition for Humane Immigrant Rights of Los Angeles], United We Dream and other local and national organizations that advocate for human and immigrant rights. I worked on the Dream Act campaign in 2010. I went to Washington, DC and was able to organize with other undocumented students. I realized, ”Wow, this is a huge movement.” It really motivated me to do more in California. When the Dream Act failed in 2010, I decided to come back to California.

We launched the campaign to pressure the California state Assembly and Senate, and Governor Brown, to pass the California Dream Act. By July 2011, the first half had been signed by Jerry Brown. By October the second half had been signed. It opened the door to undocumented students so they could go to higher education and access state financial aid. That’s how I was able to go back to school, to UCLA and finish my degree. It made me feel proud of California. We were able to pass [laws granting] drivers’ licenses for undocumented immigrants, the Trust Act that places restrictions on how police departments can interact with immigration officials, we passed legislation to expand health coverage for undocumented children, laws to protect the rights of undocumented workers.

California learned from its past, from the 1990s, when Governor Pete Wilson and legislators passed hateful anti-immigrant legislation. The people [later] realized this was wrong. We spent more than a decade organizing and managed to turn California into a pro-immigrant, pro-human rights state, and now we’re seen as champions, as leaders in this resistance against the Trump administration and what he represents.

Do you ever get scared, being undocumented?

There’s a term we use, “coming out of the shadows.” We borrowed that term from the LGBTQ community. We learn from those movements. We use the same phrase to get rid of that fear. To tell the public, “I’m undocumented, not because I want to be, but because of the broken immigration system that keeps people oppressed.” At the current moment I am concerned with the political climate that we see. I am concerned for other people who have not come out of the shadows, who live in other states that are not as pro-immigrant as California. Through UndocuMedia we have been able to see that rise of hate, on Facebook, Instagram, Twitter. We see people being more open about their racism, their xenophobia. Trump has legitimized that platform, that agenda. I want to say that I’m not scared—but being realistic, I am just a little bit scared. This is the new reality we live in.

Where do you see California 20 years from now, when you’re in middle-age?

Given the progress we have made in the last 15 years, I do see it as one of the leaders in the world in advancing social and economic justice for everyone. I see California leading in protecting the environment, being more conscious of the things we eat. I see it as a leader in every single field where we want to see progress—real, meaningful, positive progress. I see a new California where we reject fossil fuels, where we reject a violation of human rights, of civil rights—a California more welcoming to minorities, to everyone else.