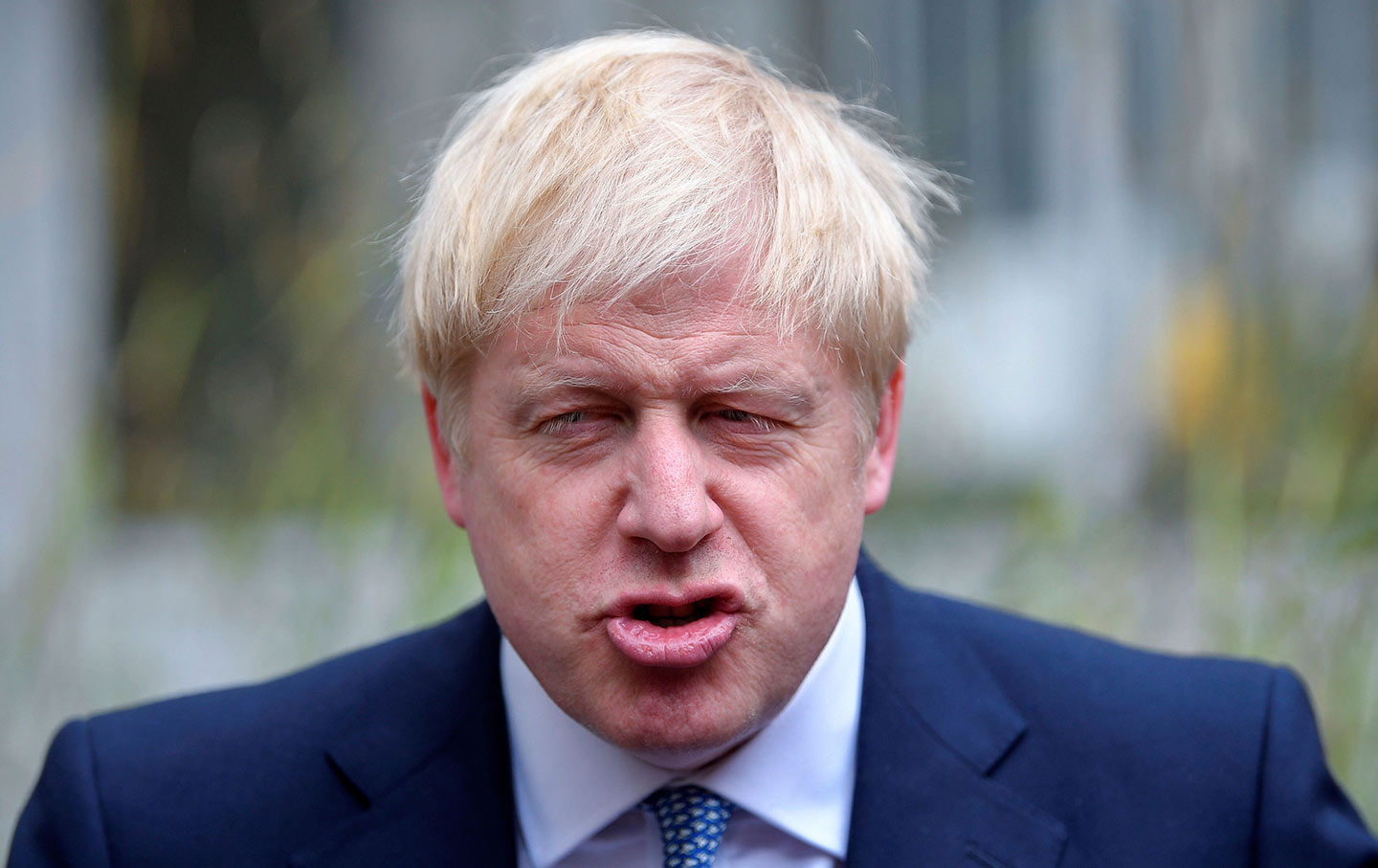 The BBC’s flagship current affairs program Newsnight described the challenge facing the British Parliament this week using footage from the Avengers: Endgame. Over the film’s rousing soundtrack, presenter Mark Urban proclaimed, “Whichever side you’re on, one thing’s clear: The final battle for Brexit begins when Parliament gathers its forces on Tuesday.”

Leaving aside the cheesy melodrama, or the questions this analogy raises—does that mean Jeremy Corbyn, leader of the UK Labour party, is Captain America in this scenario, with Conservative Prime Minister Boris Johnson as the evil Thanos?—it is undeniably true that Brexit, the issue that has paralyzed British politics for three years, is now hurtling towards an all-out showdown. On Tuesday Parliament returned from its summer break with only a week left to halt the Conservative government’s reckless drive towards a no-deal Brexit—which will happen by default if Britain and the EU don’t agree to an exit deal by October 31. 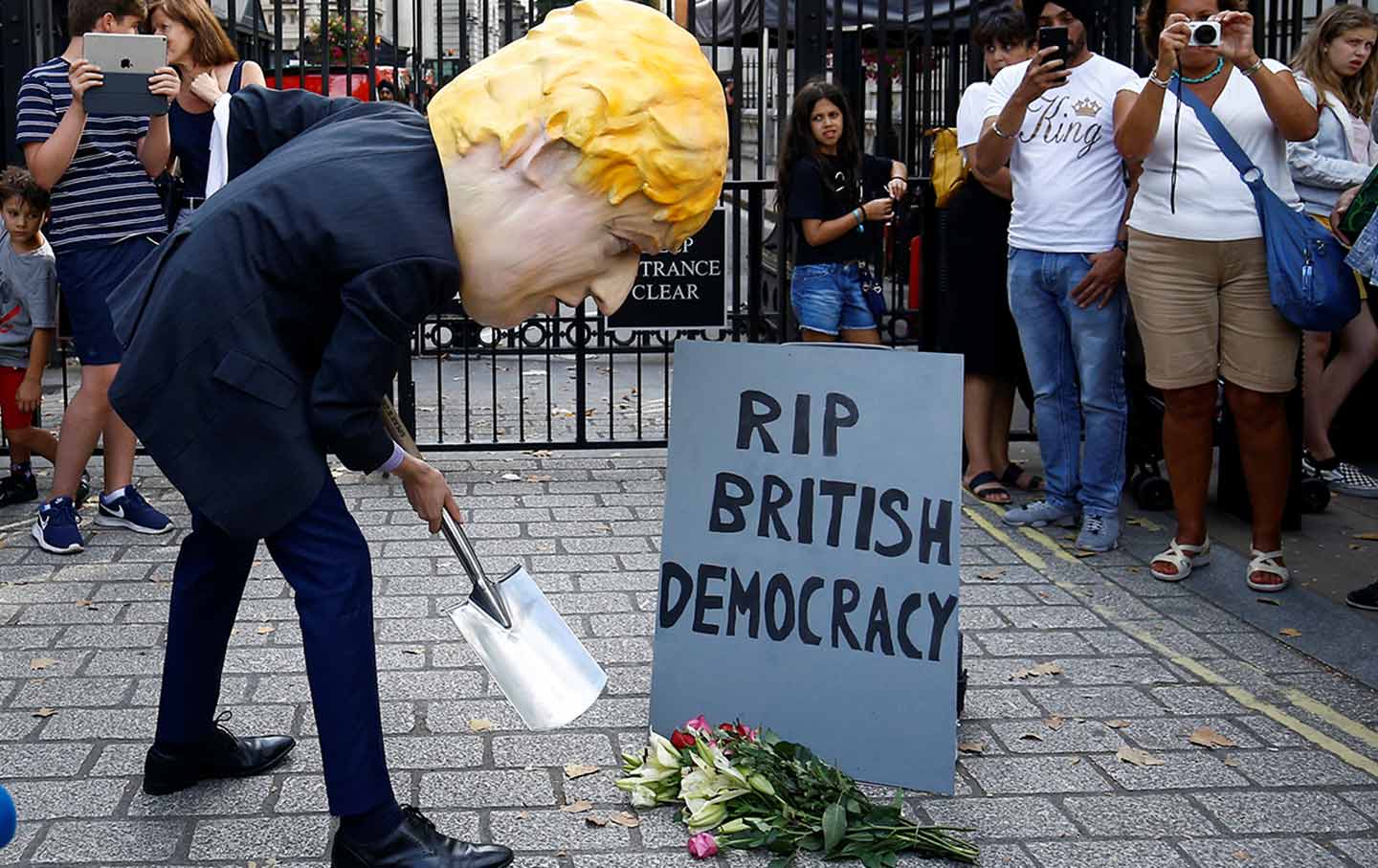 Brexit Gives Its Former Colonies a Whiff of Schadenfreude

The full explanation of how Britain came up against this critical deadline is complicated, including both a badly led Conservative Party with no majority in Parliament, and a bitterly divisive referendum that ended with a narrow majority in favor of leaving the EU—but with no specific instruction as to how that would happen, leaving parliamentarians battling to define what Brexit should look like. Throw into the mix the fact that, according to grudgingly published government reports, every version of exiting the EU—from the hard “no deal” to the softest possible departure—will leave Britain worse off. Yet it’s also undeniable that 17.4 million people voted for Brexit on the understanding that the referendum result would be upheld.

But there is also a more immediate reason time has run out: Boris Johnson, currently playing the lead in the UK franchise of Trump-and-friends, is breaking all the nice, polite conventions upon which Britain’s unwritten constitution depends. He has prorogued Parliament—meaning he intends to shut it down from next week until mid-October—right smack in the middle of this huge political crisis. Johnson and his ministers have also suggested that his government would not abide by any legislation Parliament may speedily pass in response extending the Brexit deadline to avoid crashing out of the EU. In doing so, he has put his government above the law, setting a terrible precedent: In the future why should any politician play by the rules. And, like a Mafia boss—albeit an immensely privileged, privately educated version—he has threatened to deselect rebel Conservatives who seek to help block a damaging No Deal.

With Vote Leave’s dark-arts tactician Dominic Cummings installed as his chief strategist, perhaps Johnson is actually trying to goad politicians into defying him. He would then get to fight any ensuing snap election as the representative of the people’s wishes (to leave the EU come what may) against a Parliament determined to thwart him. Whether or not this is true, Johnson has succeeded in galvanizing a determined opposition, even among those previously locked in battle over the best way forward. House of Commons speaker John Bercow, who is supposed to be politically neutral, called Johnson’s suspension of Parliament a “constitutional outrage.” A cross-party group of politicians, including former Conservative prime minister John Major, is taking legal action against Johnson’s prorogation, seeking to reverse it. Rebel Conservative MPs seem set to vote against the government in support of an emergency bill proposed in Parliament today, which would compel the prime minister to delay Brexit.

And outside Parliament, protesters gathered within hours of Johnson’s prorogation last week, and has been a strong daily presence ever since. The prime minister struggled to speak over their chants of “stop the coup” in a speech he made on the steps of Downing Street yesterday. One source from inside the protest coordination said: “This has happened organically, all over the country. Campaigns…go to great lengths to mobilize people in this way—but when something changes in the political atmosphere and people are really worried, it just happens. There are not many moments like that and we are living one now.”

Labour leader Corbyn has described Johnson’s shut down as a “smash and grab on our democracy”—while encouraging his own party politicians to support the street protests. Labour has for months been divided over Brexit. The leadership’s commitment to honor the referendum result with a softer “jobs-first Brexit” put it at odds with both the membership and the party’s MPs—as well as the majority of its voters, who polls show wanted Labour to back a second referendum vote on any Brexit deal (which Corbyn has now committed to). But the party is now at one over the need to counter Johnson’s antidemocratic moves. Meanwhile, Corbyn last week convened a cross-party meeting of opposition leaders, which united around a legislative route to block Johnson—boosting the Labour leader’s credibility in the midst of a crisis. Since then, he has vowed to do whatever it takes to “pull our country back from the brink” and is repeatedly associating Johnson with Trump: The two are friends, naturally, and of course Trump has tweeted praise of the new British prime minister and attacked the Labour leader. Corbyn used a recent speech in the Northwestern city of Salford to accuse Johnson of “dancing to Trump’s tune.” The US president is overwhelmingly unpopular in the UK, while there are fears that a post-Brexit deal with Trump would undermine Britain’s food standards and its treasured National Health Service. 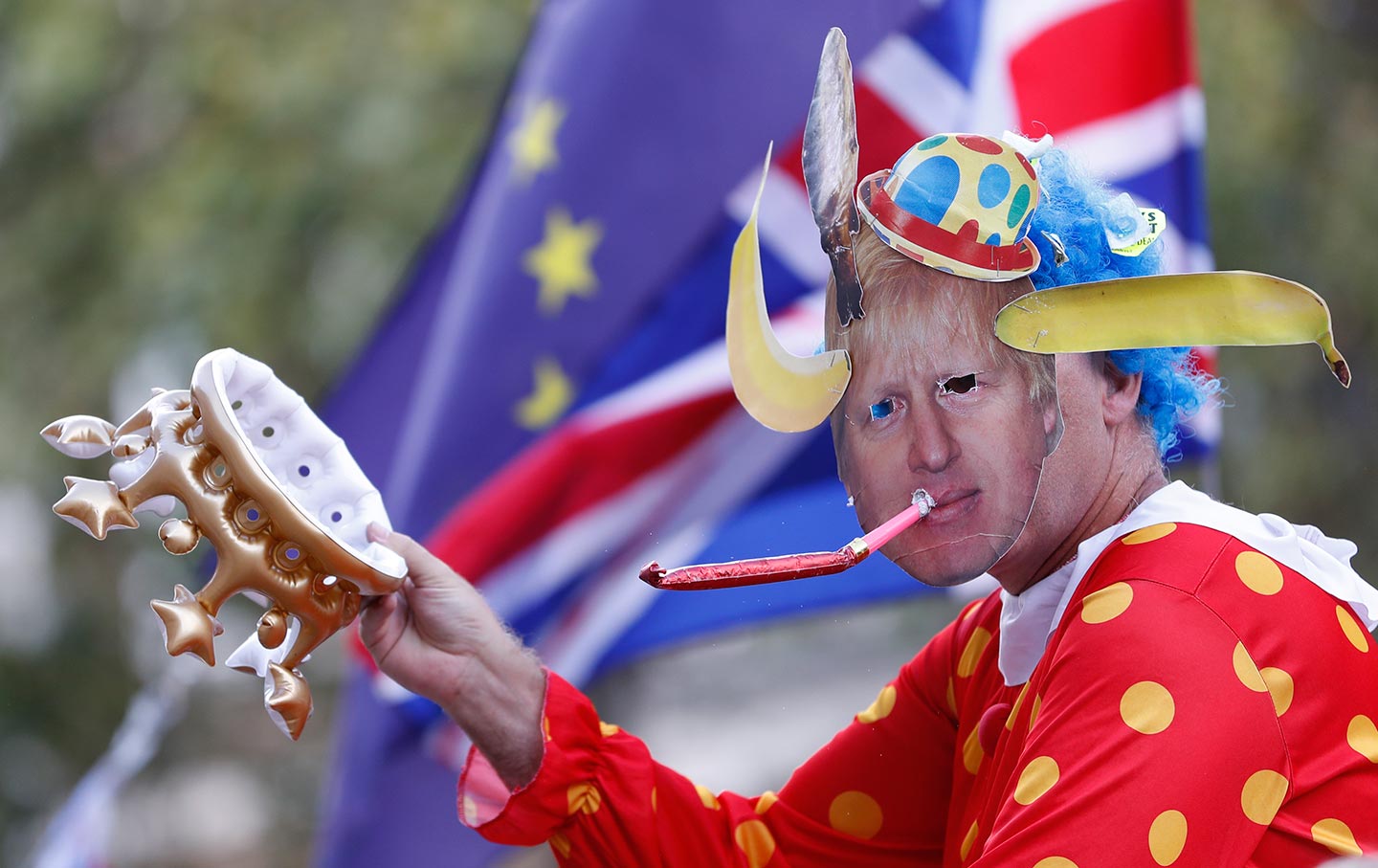 The challenge now will be for the disparate opposition to the government to remain resolutely united in efforts to stop No Deal, regardless of what Johnson throws at them. If the emergency law is passed, he could simply ignore it. The obvious response would be to call a vote of no confidence in his government—at which point Conservative MPs would have to vote to bring down their own party. Currently, the government is briefing that should the emergency bill pass, Johnson would himself seek to call a snap election. But any early election needs the support of two-thirds of the House of Commons—and Labour has said it would withhold support from any government-sponsored move for an early election until there is a guarantee that No Deal is off the table.

Meanwhile, the wheels are coming off Britain: The pound is now at its lowest rate against the dollar in decades, health and food industry professionals alike are warning of critical shortages in the event of a no-deal exit, EU citizens resident in the UK and businesses are in despair over the uncertainty—and the divisive mood in the country is darkening by the day. This is the Brexit endgame: the mother of all Parliaments locked into the mother of all battles. But at the same time, it is the British version of a now global struggle: facing down a regressive, authoritarian, oligarch-backed far-right political project—which in the UK iteration is using Brexit as its delivery mechanism.