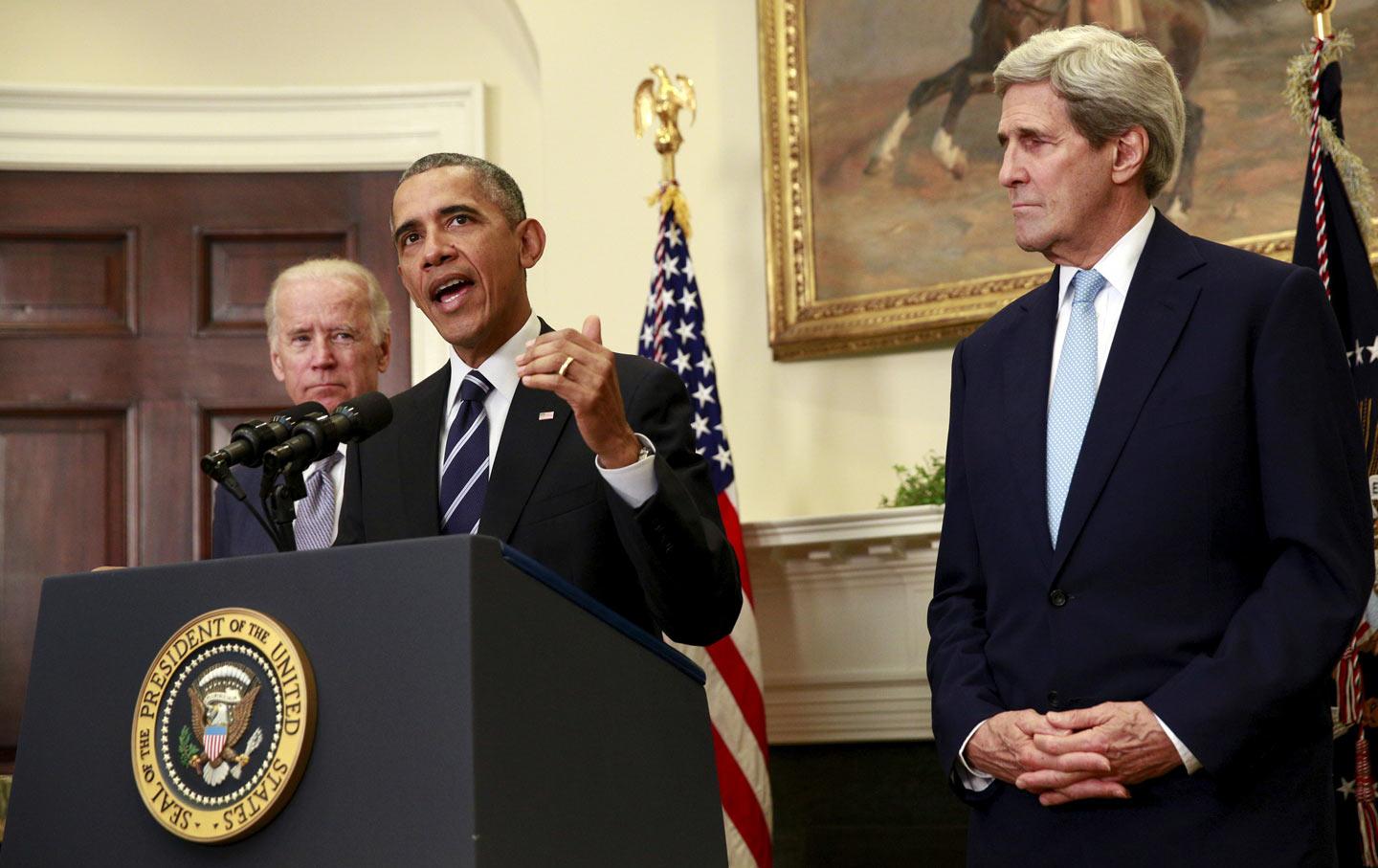 President Obama announced Friday that his administration has rejected TransCanada’s bid to build the Keystone XL pipeline, ending a seven-year fight and handing a major victory to the climate movement.

“This morning, Secretary [of State John] Kerry informed me that after extensive public outreach and consultation with other cabinet agencies, the State Department has decided that the Keystone XL pipeline would not serve the national interests of the United States. I agree with that decision,” Obama said.

The administration based its decision on findings that the pipeline would neither create a meaningful number of jobs nor lower energy costs; that it raised “a range of concerns” for communities and water sources along the pipeline route; that it facilitated the transport of what the State Department called “a particularly dirty source of fuel”; and that it would undercut efforts to form a global climate pact at the United Nations conference in Paris in December.

“America is now a global leader when it comes to taking serious action to fight climate change, and frankly, approving this project would have undercut that global leadership,” Obama said. “That’s the biggest risk we face—not acting.”

Based on recent signals, the rejection is not surprising. The Obama administration has stalled the project for years, and earlier this week declined TransCanada’s request to push the approval process to the next administration. But through a wider historical lens it’s a striking decision: Back in 2010, then–Secretary of State Hillary Clinton said the administration was “inclined” to approve the tar-sands project. It was widely considered a “routine infrastructure project,” all but a done deal.

But activists transformed the pipeline from an inevitability into “the biggest environmental fight of the decade,” as 350.org co-founder Bill McKibben put it recently. In 2011, environmentalists staged one of the largest acts of civil disobedience in decades at the White House, drawing national attention to the dirty-energy project. It’s occupied a central place in political debates about energy and climate change ever since—an “over-inflated role,” Obama said during Friday’s press conference, going on to complain that the project “became a symbol too often used as a campaign cudgel by both parties, rather than a serious policy matter.”

We’re sure to hear more of the usual griping that KXL was a merely symbolic fight, in the sense that the rejection alone will not save us from a climate catastrophe. But the pipeline gave the environmental movement something tangible to build around, a way to shift the power from Big Oil, which is used to getting everything it asks for. Now it’s proved that even in an era in which corporations are people and money is speech, big moneyed interests can still be beaten by good old-fashioned organizing. Critically, KXL also acted as a vehicle for communicating the argument that major new fossil-fuel development projects in general aren’t compatible with efforts to reduce carbon emissions.

Though Obama downplayed the impact of KXL on emissions during his announcement—“This pipeline would neither be a silver bullet for the economy as promised by some, nor the express lane to climate disaster proclaimed by others,” he argued—the president did validate that broader principle. “Ultimately,” he said, “if we’re going to prevent large parts of this earth from becoming not only inhospitable but also uninhabitable in our lifetimes, we’re gonna have to keep some fossil fuels in the ground rather than burn them.”

Environmentalists cheered the president’s announcement, while noting that the work to shift the country away from dirty energy continues. Obama’s decision “gives him new stature as an environmental leader, and it eloquently confirms the five years and millions of hours of work that people of every kind put into this fight,” McKibben said in a statement. “We’re still awfully sad about Keystone south and are well aware that the next president could undo all this, but this is a day of celebration.”