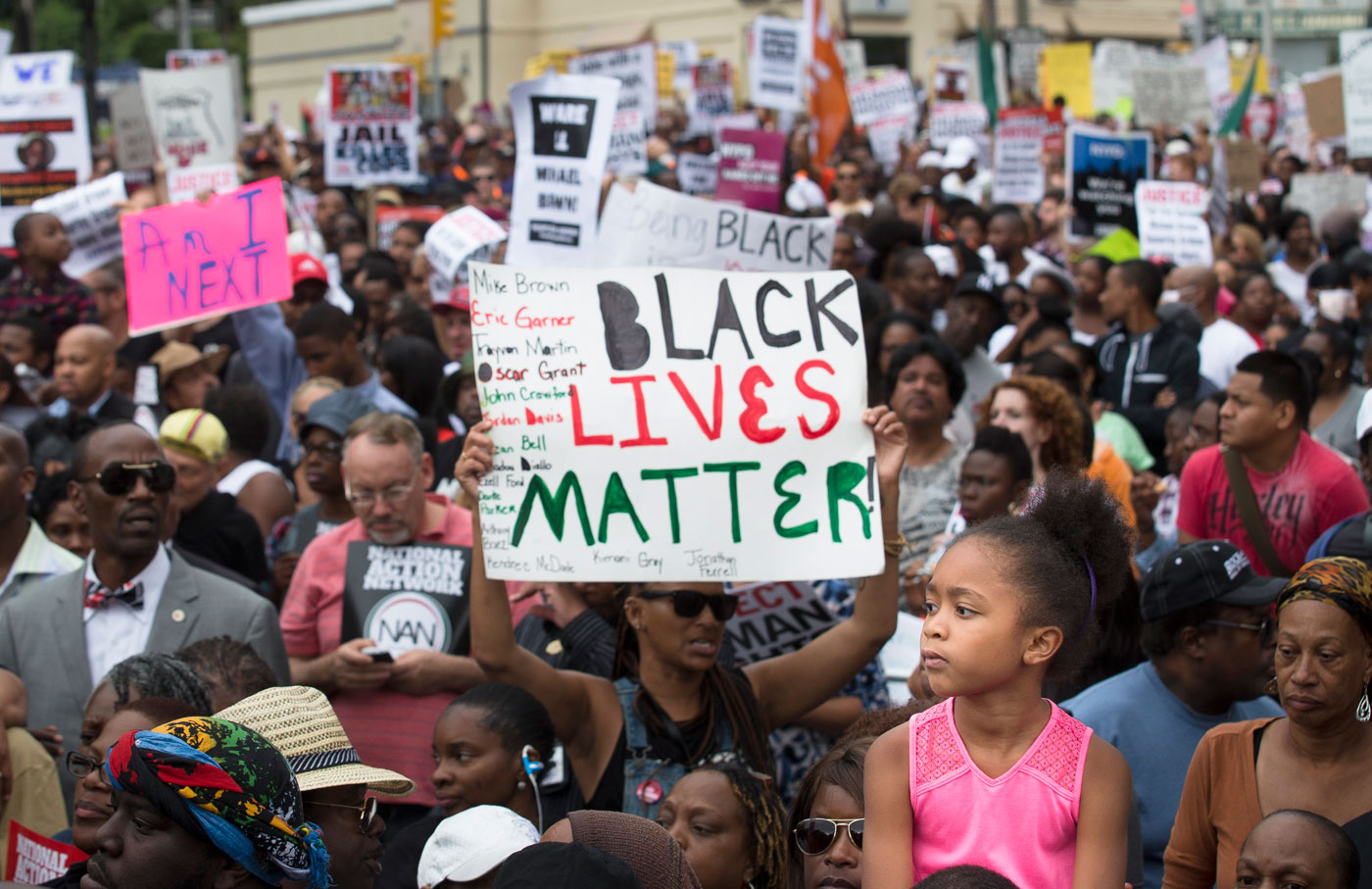 Most of the work of movement building takes place away from cameras and doesn’t get reported. There aren’t any splashy headlines to write about the number of conference calls and meetings and e-mails that make up the bulk of an organizer’s work. Photos of research, fundraising, and community outreach aren’t as appealing as those showing thousands of people marching in the street, or bricks flying through windows, or businesses being burned to the ground. As such, it’s easy to think a movement is dwindling because it’s fading from headlines or not as visible in the streets.

Such is the case with the Black Lives Matter movement, the most recent incarnation of the racial-justice movement here in the United States. “[T]here are fewer protests than before, fewer Black Lives Matter protesters at those protests, and fewer media outlets covering them,” Deadspin’s Greg Howard writes, while an anonymous source tells him that “Movement is dead.” But the work of organizing is as much about knowledge production and base-building as it is about direct action and media attention. The movement isn’t dying; organizers are doing the work that organizers do.

Last week, Black Youth Project 100 (BYP100), an organization formed in the wake of the not-guilty verdict in murder trial of George Zimmerman, released the most important document to come out of the Movement for Black Lives. The Agenda to Build Black Futures sets forth a thoroughly researched, comprehensive, and transformative set of proposals for not only reducing the presence and impact of police and prisons in black communities, but for strengthening those communities through public investment. Not only that, it provides blueprints for campaigns that could be successful in achieving these goals.

“The liberation of all Black people rests upon achieving a greater margin of economic justice for our families and our communities,” writes BYP100 National Director Charlene Carruthers in the agenda’s introduction. While this is a movement rooted in a response to police- and state-sanctioned killings of black youth, organizers and activists have consistently worked to show that police violence is but one of a range of interconnected issues facing black communities. BYP100’s focus in the Agenda to Build Black Futures is economic injustice, and as such opens with the dire statistics about black poverty and unemployment. But this is a forward-looking document and it moves on to show us what a path toward economic justice in black communities could look like.

The first proposal presented is for reparations. While the issue has gained more national attention in recent years than it has enjoyed in some time, BYP100 puts actual ideas on the table for how reparations could be allocated, helping to end the debate over reparations’ being an impractical policy goal. One area they recognize is in education. BYP100 couples a call to cancel student-loan debt, since blacks are disproportionately impacted by it, with the idea of a “national scholarship fund be established for Black students to be paid by colleges and universities that benefitted directly from slave labor.”

They further their agenda for economic justice by laying out a 10-point “Workers’ Bill of Rights.” It includes many ideas currently within the mainstream discourse of labor rights, such as paid sick leave and parental leave, but also states “All children, regardless of the financial status the child was born into, should receive a Child Development Account or ‘baby bond,’” an idea Jesse A. Myerson and I explored in our piece “We’ll Need an Economic Program to Make #BlackLivesMatter.” At birth, a child would be granted a trust fund that matures until age 18, when they would be able to withdraw the money accrued. The aim is to eliminate the disadvantage faced by children born to cash-poor families saddled with debt (the idea was once briefly supported by Democratic presidential nominee Hillary Clinton). Additionally, it includes the idea that “All people have a right to a guaranteed living income regardless of employment status,” a poverty-elimination measure commonly referred to as a universal basic income.

VISIT CUBA WITH THE NATION!

Part of BYP100’s plan for funding this radically different and more equitable future is the divestment of funds from the system of punishment, as in their call to “Reduce police budgets and reallocate residual funds to the people’s vision of public safety,” which also speaks directly to the issue of ending police violence. They also advocate for community land trusts and the strengthening of cooperative enterprises. And true to BYP100’s philosophy of looking at racial justice through a queer/feminist lens, the agenda contains an entire section on investing in the health and wealth of trans people.

The entire document is rich with ideas that deserve serious consideration from activists, politicians, and the public. Perhaps most importantly, in this presidential election year, it doesn’t ask us to wait and see who is eventually elected before organizing. It’s a plan for pressuring whoever is in office, whether they are sympathetic to the causes of racial and economic justice or not. Because we have seen time and again, as Michelle Alexander recently reminded us, that party affiliation or general ease and comfort with black culture does not translate into policies that aim at eradicating racism. Nor is it guaranteed that a political revolution led by a democratic socialist would take seriously the concerns of institutional racism. Most of what appears in the Agenda to Build Black Futures has not made it to the Democratic presidential debate stage. Clinton hasn’t floated the idea of baby bonds since 2007, and, while Bernie Sanders supports a raise in the minimum wage, he hasn’t gone full-socialism and called for either a job guarantee or universal basic income. They each support the end of private prisons, but are not speaking to the ideas of slashing police budgets or ending fines for misdemeanors. They’ll need some pressure to shift their focus.

And we need organized struggle regardless of who occupies elected office, from the president and Congress down to  mayors and city councils. BYP100 draws on campaigns that use the tactics of protest and direct action, media engagement and community outreach, political education, and, yes, voting. The Agenda to Build Black Futures is radical in its outlook, and that’s precisely what we need right now. We have to be willing to look beyond political “realities” and set forth visions of the world we actually want. It’s on those terms we must fight, and it’s on those terms that we must win.