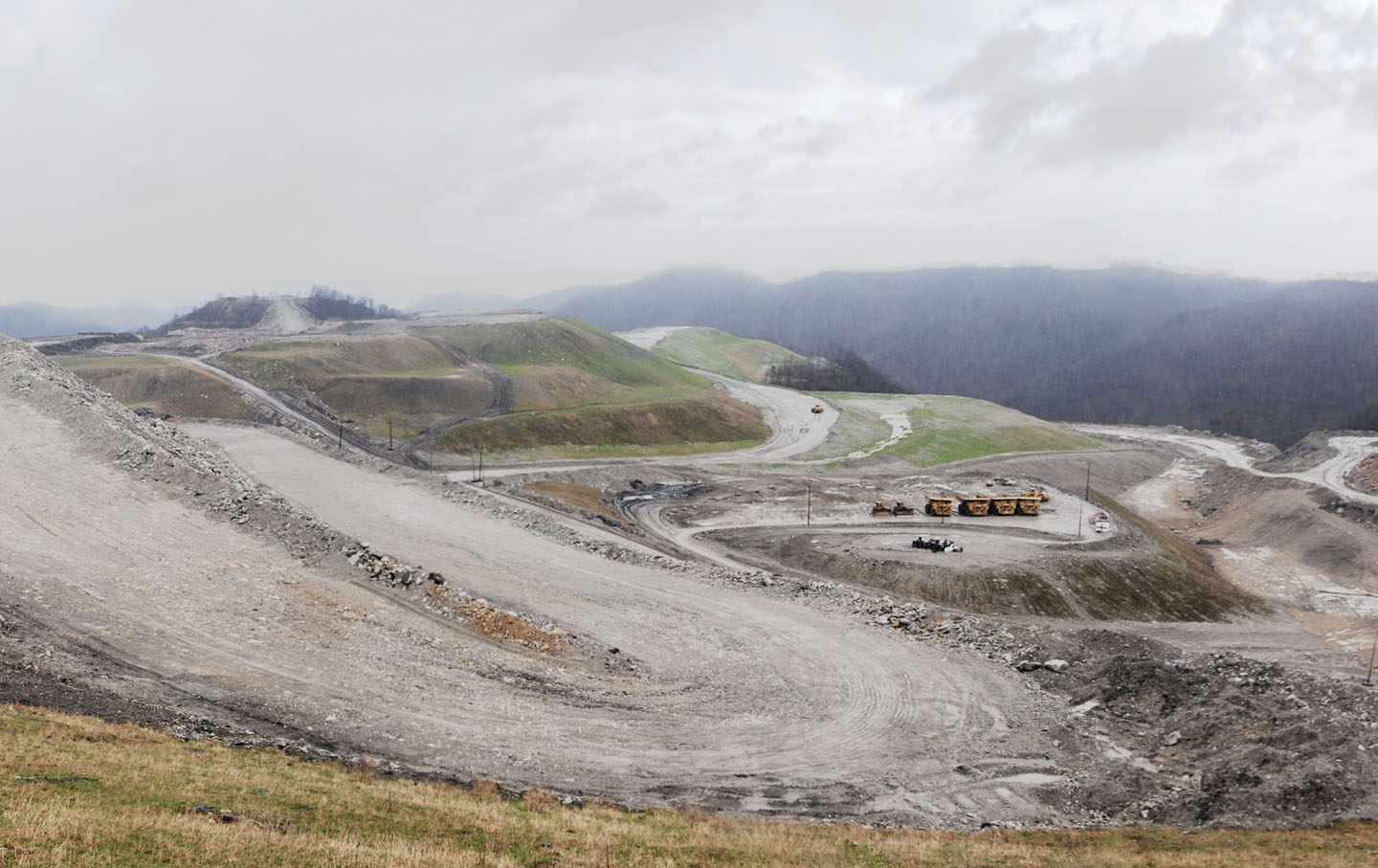 The coal industry is making what could be its last bid to maintain its relevance in the United States. On Friday, immediately after the Obama Administration published the final version of a rule limiting greenhouse gas emissions from existing power plants, opponents let loose a torrent of lawsuits. Calling the rule a “blatant and unprecedented attack on coal,” West Virginia Attorney General Patrick Morrisey along with 23 other state attorneys general asked the US Court of Appeals to block the regulation. All but two of the officials are Republicans; most represent states that produce coal or rely on it for electricity generation.

At least 16 other petitions for review were filed Friday, primarily by coal interests and their allies. Several asked the court to block the regulations immediately until the legal battles have been decided. The petitioners include the Chamber of Commerce, the National Mining Association, United Mine Workers of America, Murray Energy, a coalition of electrical cooperatives, the International Brotherhood of Boilermakers, and the American Public Power Association. More are expected to file in coming weeks.

“This is coal’s last desperate attempt to retain its stranglehold on the electric generation system in this country.”

Challenges to the rule, which seeks an overall emissions reduction of 32 percent from 2005 levels by 2030, are not a surprise. States filed a suit against the draft regulations back in June, but a judge ruled that they were “champing at the bit” and had to wait until the final proposal was published. The petitions filed Friday aren’t detailed, but the motions to stay give hints about the arguments opponents will make against the rule: that it “runs roughshod over States’ sovereign rights,” as the state attorneys general claim; that the EPA cannot impose carbon limits on power plants under the Clean Air Act because the agency already regulates their mercury emissions under another section of the Act; and that the EPA cannot develop a plan based on emission reductions “outside the fence” of individual power plants.

That latter argument may be the most significant. One of the key elements of the Clean Power Plan is that it allows states to look for ways to reduce emissions throughout the electricity system, not just at power plants themselves. By including potential reductions from renewable-energy generation and energy efficiency in the plan, the EPA can hold states to higher standards than if it only considered technological improvements to power plants. Opponents of the plan argue that the agency only has the authority to set performance standards for individual plants.

Republicans in Congress are plotting legislative attacks of their own, led by Kentucky Senator Mitch McConnell. President Obama is certain to veto any bills that damage the Clean Power Plan, so they are less of a threat than the lawsuits. But with international climate negotiations set to begin in December in Paris, Republicans can try to sow doubt about the nation’s commitment to curbing emissions. “Opponents are hoping they can knock the legs out from international action by knocking the legs out from US action,” said David Doniger, director of the Climate and Clean Air Program at the Natural Resources Defense Council. “For years McConnell has been saying the US shouldn’t act because other countries are unreliable. Now he’s telling others they shouldn’t because the US is unreliable.”

Doniger and other supporters are confident in the regulations’ legal grounding. At least 15 states will join the fight on the government’s side, and even some that are attacking the plan in court are quietly preparing to comply. “I’m upbeat about our chances. But that’s not to downplay how serious an attack on the Clean Power Plan the polluters and their state allies are trying to mount,” cautioned Doniger. “It’s going to take a hell of a lot of work.” Joanne Spalding, the Sierra Club’s chief climate counsel, said she doubts opponents of the Clean Power Plan will be able to show that they are likely to win the case against the EPA on the merits, or that they will suffer irreparable harm during the course of the litigation—two things the petitioners would have to demonstrate in order to secure a stay. Under the EPA rule, states have three years to develop compliance plans, seven years before they have to meet the first standard, and 15 before the full rule kicks into effect; since the litigation would likely be over well before the first standard is enforced, it’s hard to buy the argument that coal interests will be irreparably harmed if the rule isn’t blocked immediately. More importantly, Spalding said, “EPA will show that a stay is not in the public interest, because it’s critical that the regulatory process for controlling carbon pollution move forward,”

Certainly the coal industry can argue that it’s suffered real blows in recent years—closed mines, plummeting stock prices, a wave of bankruptcies—but the downward trend isn’t likely to reverse itself even if Big Coal wins in court. Cheap natural gas and increasingly affordable solar and wind power have driven down the demand for coal and made it prohibitively expensive to mine. Gas and renewable prices could rise, but investors have already recognized that coal is a liability. The transformation of the country’s electricity sector has been underway for some time; the Clean Power Plan didn’t start it, though it may help to bring recalcitrant regions along with the cleaner trend.

“With or without the clean power plan, the coal industry’s days are numbered,” Spalding said. “This is a last desperate attempt to retain its stranglehold on the electric-generation system in this country.”