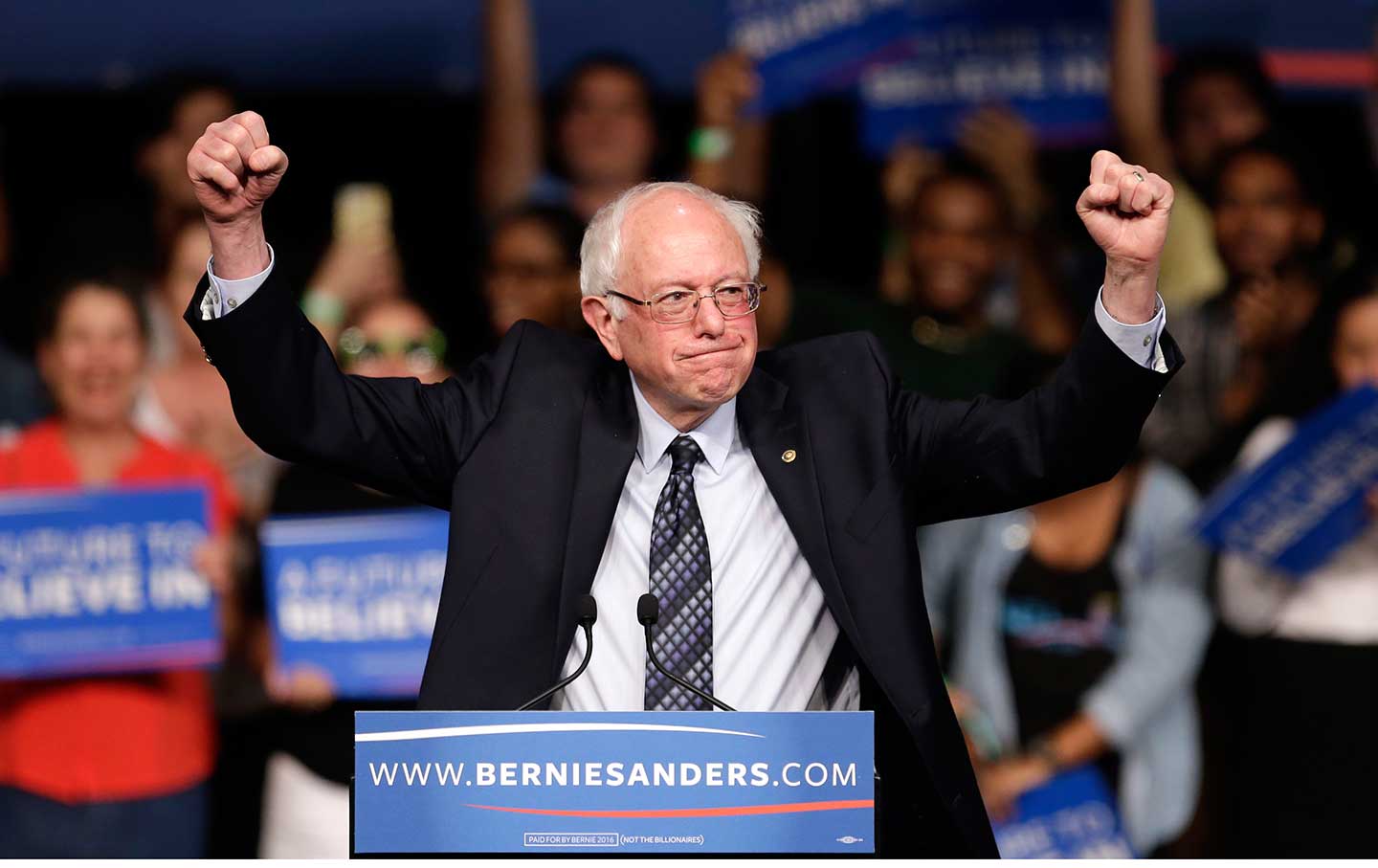 The political and media elites that see most of America as “flyover” country have never quite understood that trade policy matters. But in cities like Flint and Pontiac and Grand Rapids and Detroit, cities that have been ravaged by the offshoring of jobs and the closing of auto plants, it does matter.

That is why Bernie Sanders and his campaign strategists always believed they would run better in Michigan than the polls and pundits suggested.

It turns out that Sanders was right. On Tuesday, to the surprise of almost everyone, the candidate that so many commentators had been trying to write off just hours earlier won the biggest victory so far in his campaign for the Democratic presidential nomination.

“Michigan is the gateway to the rest of the industrial Midwest.” —Bernie Sanders

Sanders beat Hillary Clinton, the front-runner for the nomination, by a narrow margin—around 20,000 votes out of almost 1.2 million cast. But in a contest where Clinton has hailed narrow wins in Iowa and Massachusetts as big victories for her, the Michigan win counts as a big victory for Sanders. And it was made all the more consequential because poll after poll after poll had suggested Sanders was far behind the former secretary of state.

“I am grateful to the people of Michigan for defying the pundits and pollsters and giving us their support. This is a critically important night. We came from 30 points down in Michigan and we’re seeing the same kind of come-from-behind momentum all across America,” said Sanders. “Not only is Michigan the gateway to the rest of the industrial Midwest, the results there show that we are a national campaign. We already have won in the Midwest, New England, and the Great Plains and as more people get to know more about who we are and what our views are we’re going to do very well.”

Sanders still faces an uphill climb. Clinton has won more of the pledged delegates that are needed to secure the nomination. She just added to her total with a big win in Mississippi on Tuesday. And she has a huge advantage among the unpledged “superdelegates” who have always provided her with a cushion in this contest.

But it would be difficult to underestimate the significance of the Michigan win for Sanders.

How did he secure it?

Clearly, Clinton’s attempt to suggest that Sanders had not supported the 2009 bailout of the auto industry failed. Voters just did not buy the claim that the senator, who has a long history of battling on behalf of industrial workers and American manufacturing, had been on the wrong side of that issue.

But there was more to it than that. In the same Sunday night debate where Clinton was talking about the auto bailout, Sanders was speaking specifically, and aggressively, about his opposition to trade policies that working people in Michigan associate with economic damage, dislocation, and decline.

Throughout his campaign, Sanders has highlighted his past opposition to the North American Free Trade Agreement and normalization of trade relations with China—and his absolute, unequivocal opposition to the proposed Trans-Pacific Partnership trade deal.

Clinton, who in 2012 announced that “this TPP sets the gold standard in trade agreements,” now says that she too is opposed to the proposal.

In Sunday night’s debate in Flint, Sanders said Clinton “has discovered religion on this issue, but it’s a little, too late,” and he argued that “Secretary Clinton supported virtually every one of these disastrous trade agreements written by corporate America.”

That was a winning line for Sanders in Michigan.

Sanders makes his opposition to the deal central to his message about what he refers to as “a rigged economy.”

“Let’s be clear: The TPP is much more than a ‘free trade’ agreement,” argues Sanders. “It is part of a global race to the bottom to boost the profits of large corporations and Wall Street by outsourcing jobs; undercutting worker rights; dismantling labor, environmental, health, food safety, and financial laws; and allowing corporations to challenge our laws in international tribunals rather than our own court system.”

Sanders campaign manager Jeff Weaver said “this issue of trade policy” was the key to the Sanders win in Michigan, noting that Sanders had steadily opposed the agreements, while Clinton had often backed them. Weaver argued that the issue “resonated across racial lines,” pointing to exit polls that had Sanders winning more than 30 percent of the African-American vote in Michigan, far more than he received in Southern states that voted in late February and early March.

Voter attitudes about trade policy are rooted not in theory but in experience.

The free-trade model that has been promoted for decades by Democratic and Republican presidents, along with Wall Street interests and multinational corporations, have failed American workers and communities in states like Michigan. They have also failed workers and communities in Ohio and Missouri and Illinois—states that will vote on March 15—and in later-on-the-calendar states such as Wisconsin and Indiana and Pennsylvania.

For voters in the industrial heartlands of the United States, trade is a fundamental issue. It influences how working men and women vote. And, in Michigan, on Tuesday, it was with that issue in mind that they cast their ballots for Bernie Sanders.

“The Beltway elite may never have really understood why job-killing trade deals are such a big deal,” said Dan Cantor, the national director of the Working Families Party, who has endorsed Sanders. “But the people of Michigan surely do, and Bernie Sanders does too.”