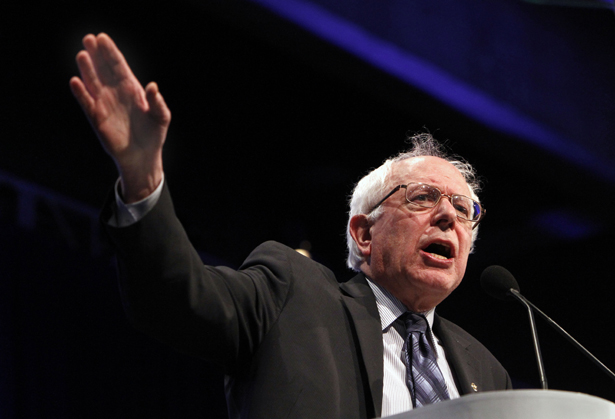 Citizens United is not just the default reference for US Supreme Court decisions—including the 2010 Citizens United v. Federal Election Commission ruling—that have ushered in a new era of corporate dominance of American elections. It’s the name of the conservative group that encouraged Chief Justice John Roberts and the most activist Court majority in American history to tear the heart out of what were already weak campaign finance laws.

Citizens United still exists as an activist group that produces documentaries—ACLU: At War with America, Border War: The Battle Over Illegal Immigration, Fire From the Heartland: The Awakening of the Conservative Woman, America at Risk: Hosted by Newt and Callista Gingrich—and organizes gatherings that highlight right-wing policies and politicians. On Saturday, Citizens United hosted something of a kickoff for the Republican presidential race in the first-primary state of New Hampshire.

Organized in collaboration with the Koch brothers–funded Americans for Prosperity Foundation, Citizens United’s “Freedom Summit” attracted a list of peakers that included leading contenders (and wannabes) for the GOP nod. Indeed, Greg Moore, the director of AFP-New Hampshire, described the summit as the first “cattle call” of 2016.

Kentucky Senator Rand Paul made his pitch to the Koch crowd.

So did Texas Senator Ted Cruz.

And perennial (if never quite announced) contender Donald Trump.

The Freedom Summit was not entertaining objections to the latest Supreme Court decision to steer more big money into politics—in the case of McCutcheon v. FEC—or to the political machinations of bottom-line corporations and self-serving “mega-donors.”

But across town, on the same day, the objection was raised.

The New Hampshire Institute of Politics on the campus of Saint Anselm College was packed Saturday for a town-hall meeting with Vermont Senator Bernie Sanders, who roused the crowd with a condemnation of the money power that is corrupting American elections and governance.

“In the United States of America, billionaires should not be able to buy elections,” declared Sanders, to thunderous applause.

“If we do not get our act together, we are moving towards an oligarchic society,” he continued, arguing that, “We have got to fight to defend American democracy.”

Like some of the Republicans who will be in New Hampshire this weekend, Sanders has talked about running for president. And his visit to the first-primary state has stirred speculation about a possible bid.

The independent senator says he is months away from any kind of decision. What he’s doing now is inviting progressives to join in a conversation about how to take on the money power. It’s a conversation he’ll carry forward May 9 and May 10 in Northampton, Massachusetts, with a series of events, including an appearance with the activist group Progressive Democrats of America.

What Sanders has already made his decision about the absolute absurdity of the High Court’s approach to cases like Citizens United and McCutcheon.

“What world are the five conservative Supreme Court justices living in?” Sanders said after the McCutcheon ruling.“To equate the ability of billionaires to buy elections with ‘freedom of speech’ is totally absurd. The Supreme Court is paving the way toward an oligarchic form of society in which a handful of billionaires like the Koch brothers and Sheldon Adelson will control our political process.”

Sanders has also decided that a constitutional amendment is needed to push back against Supreme Court decisions that threaten to make the dollar more consequential than the vote in American elections.

The “Democracy is for the People” amendment, sponsored by Sanders and Congressman Ted Deutch, D-Florida, is one of several proposed by members of Congress in response to the national outcry over the Citizens United decision—an outcry that, so far, has seen sixteen states and close to 600 communities demand that the Constitution be amended to address the crisis created, and now compounded, by the court.

Section II. Nothing in this Constitution shall be construed to restrict the power of Congress and the States to protect the integrity and fairness of the electoral process, limit the corrupting influence of private wealth in public elections, and guarantee the dependence of elected officials on the people alone by taking actions which may include the establishment of systems of public financing for elections, the imposition of requirements to ensure the disclosure of contributions and expenditures made to influence the outcome of a public election by candidates, individuals, and associations of individuals, and the imposition of content neutral limitations on all such contributions and expenditures.

Section III. Nothing in this Article shall be construed to alter the freedom of the press.

Section IV. Congress and the States shall have the power to enforce this Article through appropriate legislation.

Sanders is blunt with regard to the crisis.

“The disastrous 2010 Supreme Court ruling in Citizens United threw out campaign funding laws that limited what wealthy individuals and corporations could spend on elections,” he has argued. “Since that ruling, campaign spending by Adelson, the Koch brothers and a handful of other billionaire families has fundamentally undermined American democracy. If present trends continue, elections will not be decided by one-person, one-vote, but by a small number of very wealthy families who spend huge amounts of money supporting right-wing candidates who protect their interests.”

And Sanders is blunt about the necessary response.

“Clearly, if we are to retain the fundamentals of American democracy, we need to overturn the Supreme Court decision,” explains the senator, who argues that the time has come for “overturning Citizens United.”

It is part of what Sanders sees as a :political revolution” that has as its point the establishment of electoral landscape where the vote matters more than the dollar.

In New Hampshire Saturday, Sanders summed the concept up with a declaration that earned a standing ovation:

“I vote for democracy!”

Take Action: Tell Congress to Pass the ‘Democracy Is For People’ Amendment