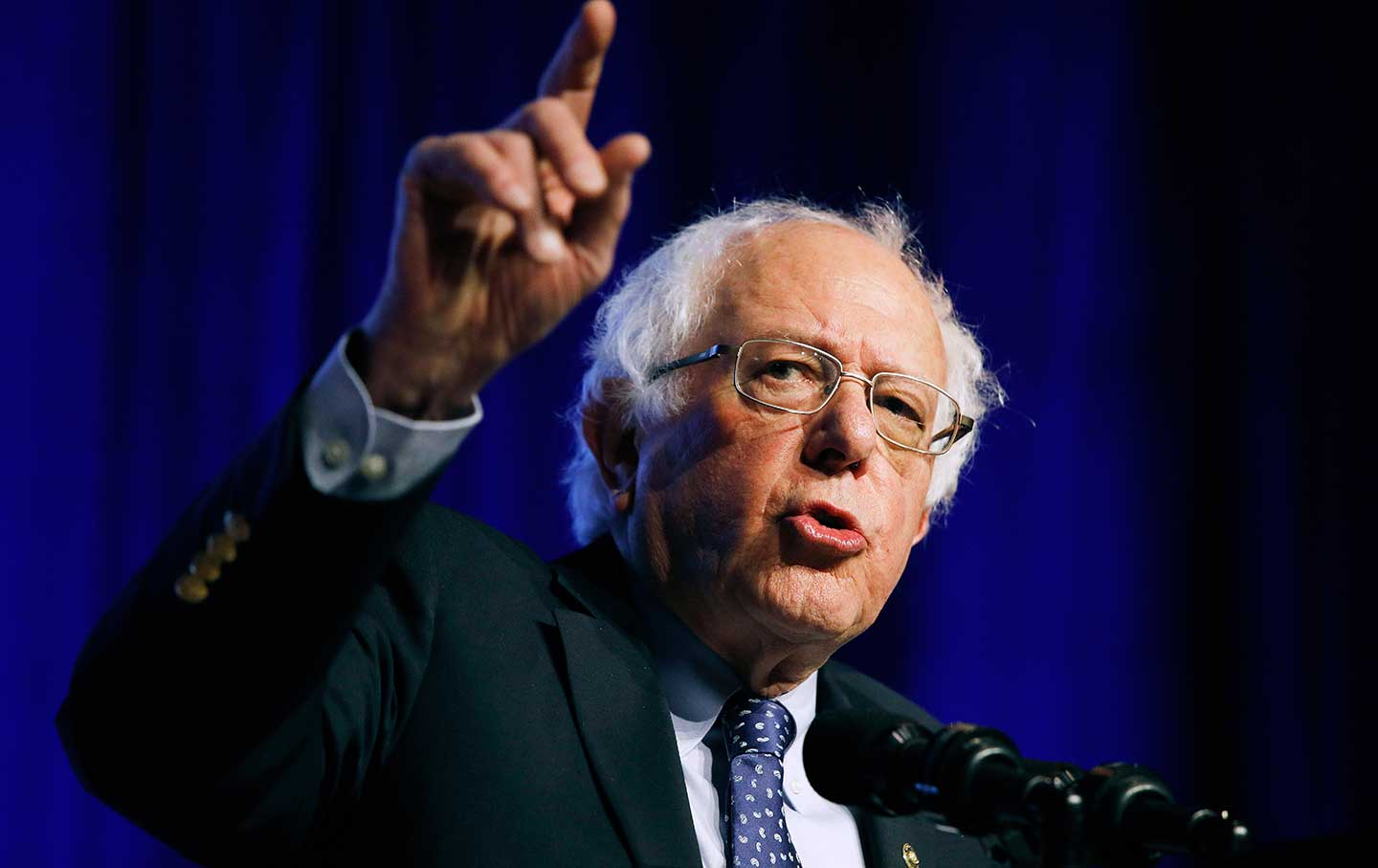 When working-class Wisconsinites took to the streets in February of 2011, as part of what would become a historic mass mobilization against the anti-labor policies of Governor Scott Walker, they had with little support from national political figures. Republicans were with Walker and Democrats, shaken by the party’s dismal showing in the 2010 midterm elections and the rise of the right-wing Tea Party movement, were even more cautious than usual.

But Bernie Sanders spoke up. “On Wisconsin!” declared the senator from Vermont, who immediately identified Walker’s assault on public employees and their unions as “part of the concerted attack on the middle class and working families of this country by the very wealthiest people in America.”

“These guys want to return us to the 1920s when working people had virtually no rights to organize or to earn a decent living,” explained Sanders, who argued that “There are a lot of folks out there who say, ‘It doesn’t impact me, I’m not a union guy, I’m not a teacher, I’m not a civil servant.’ Let me tell you how it does matter to you. Wages are going down in this country for everybody. When you destroy unions there will be no standard at all, nobody left to negotiate decent jobs for the middle class.”

Sanders took an unapologetically pro-union stance that was rare in a political climate when many Democrats were still clinging to neoliberal dogmas. A lot has changed since 2011, but Sanders continues to up the ante when it comes to debates about workplace democracy.

This year, as a leading contender for the Democratic presidential nomination, he has supported critical strikes (such as the walkout by 1,700 members of United Electrical, Radio & Machine Workers of America union locals at the sprawling Wabtec locomotive plant in Erie, Pennsylvania), appeared before mass rallies of workers as “not as a candidate for president but as somebody who has spent the last 40 years of his life walking the picket lines for unionized workers” (as he did in March with members of the University Professional and Technical Employees [CWA] and AFSCME on the University of California–Los Angeles campus) and welcomed unionization of his campaign staff (by United Food and Commercial Workers Local 400, in a first for a presidential contender).

Often, when veteran political figures emerge as serious contenders for the presidency, they soften their messages. Not Sanders. He’s as ardent about showing solidarity now as he was when he was elected as the fiercely pro-labor mayor of Burlington, Vermont, almost four decades ago.

As usual, Sanders has a program to go with his activism. He has made overturning so-called “right to work” laws—which undermine the ability of workers to form unions and collectively bargain—a major theme of his 2020 bid. The senator is championing a workplace-democracy agenda, which he has proposed in legislation cosponsored by Congressional Progressive Caucus co-chair Mark Pocan. “This legislation that we’ve introduced says that, in America, workers have the constitutional right to organize. That’s called freedom of assembly,” Sanders explained in a speech last week. “And therefore in that legislation, we outlaw the ability of states to pass and maintain right-to-work legislation.”

On Monday, in a speech delivered to a Las Vegas conference of the International Association of Machinists union, Sanders called on 2020 candidates and elected officials to practice a deeper level of solidarity.

“We need elected officials and candidates at every level to get serious about forcefully speaking out for unions. It’s not good enough for candidates to say they like ‘workers’ or the ‘middle class.’ We need to specifically and explicitly support trade UNIONS,” says the senator. “We need political leaders who don’t just say nice things about unions, and then sell out to corporate campaign contributors. We need political leaders who don’t just talk the talk, but who walk the walk—by standing with our union brothers and sisters on the picket lines, by standing with them in their organizing drives and by standing with them in their fight for economic justice.”

The bolder course that Sanders has charted is a big deal. It has the potential to transform not just presidential and party politics but the governance that will extend from the 2020 election.