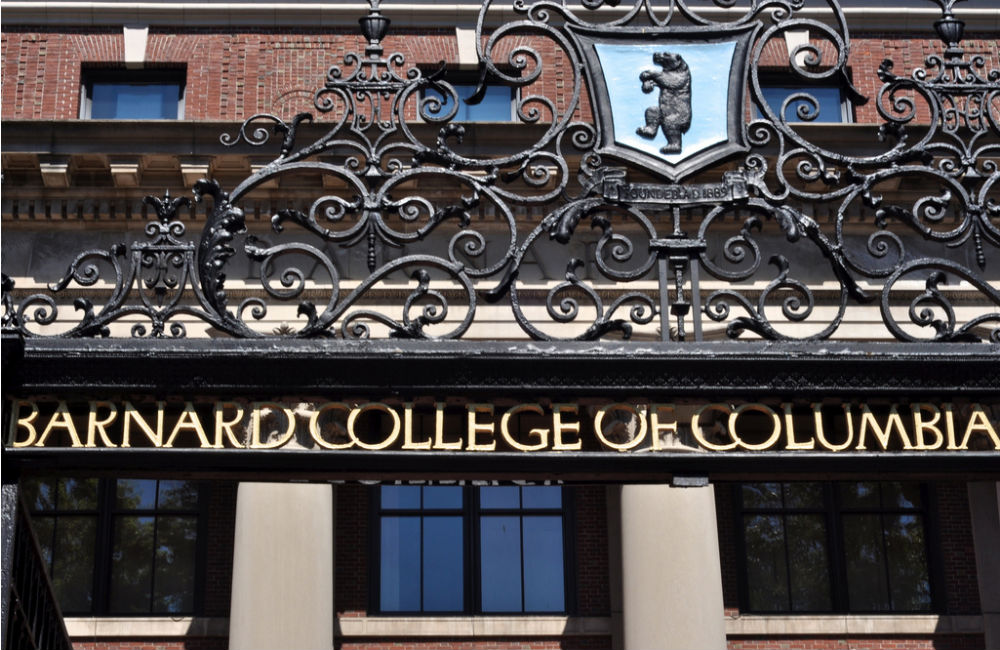 A version of this article was originally published by {young}ist.

This fall, when students shuffled back into their dorms at Barnard College, one of the nation’s premier all women’s universities, many were surprised to hear that new rules precldued the students from having guests sleep over more than six times a month.

The arbitrary limit, which even applies to students living alone, is a bizarre ruling to many Barnard students, who pride their school as a feminist institution and might not have even come if they knew this was part of the deal. According to the new rule, which most students were not even notified of beforehand, a guest may sleep over “for no more than three consecutive nights and no more than six nights total in any 30-day period.” The mechanism of the process is even more intrusive as desk attendants have been “given new log books,” according to the Columbia Daily Spectator, to track the names of those sleeping over.

The school is known for its feminist pedagogy, women’s leadership programs, and good faith initiatives like “Take Back the Night,” providing a safe space for the larger Barnard-Columbia University community to discuss sexual violence. Yet this new measure evokes a Barnard of old–the kind of pre-’60s all women’s college focused on churning out “respectable” ladies, not exactly in line with the college’s claim to inspire “Bold, Beautiful, Barnard Women.”

“For years, the administration has been cracking down on all these small aspects of our lives–trying to control tiny personal areas,” said Emilie Segura, a senior at Barnard. “It’s just very invasive when they ask you for all this information–and they didn’t even tell us they were doing it! They act like a condescending parent in monitoring our lives and preventing us from actually maturing into the women that we hope to become.”

According to Lizzy Wolozin, a sophomore at Barnard, “Six doesn’t even encompass all the weekends in a month. Why would I not be allowed to have an overnight guest every night of the weekend unless it had to do with my sex life? In a very literal sense, the doorman is going to have to tell me I can’t have a guest over because I’ve had a person over too many times.”

In an e-mailed response, Avis Hinkson, dean of the College, claimed the policy is “not about Barnard students sleeping with guests” and was enacted because students felt uncomfortable with “guests” staying in rooms or suites. Stefani Priskos, a sophomore RA, for example, reported to the Columbia Daily Spectator, the rule is “less about administration monitoring who comes in and out but more about giving people tools to be able to make themselves feel comfortable.” While this anxiety is certainly valid issue and should be handled by RAs on an individual basis, it is highly unlikely that the supposed student complaints were about sisters or cousins spending the night for a college visit.

Clearly the issue is about sex. If it were just about barring any and all guests, they could have simply enacted the three-nights-in-a-row minimum; but the attempt to limit guests from sleeping over more than six times throughout the month can mean little else.

“I think what it comes down to is inadvertent slut shaming because it creates a system that implies there is an acceptable amount of time for someone to visit,” said Tamsin Pargiter, a Barnard sophomore. “If you have someone for six nights it’s okay, but more than that is suddenly problematic. I don’t think that’s okay, especially for a school that prides itself as a progressive, feminist one.”

In fact, the new policy feels even more patriarchal in comparison to its peer institution Columbia University. While Columbia has a similarly problematic rule (five overnight stays per month), it does not furnish guards with log books specifically for overnight stays, nor does it expect residents to walk back down the morning after to sign out guests and give guards their room number information. Such a systematized process in which a student must affirm her sexual choices in front of a staring gatekeeper harkens back to the Barnard era of yore in which guards would go through the halls at night kicking out potential partners before bedtime.

The new rule comes after much chatter this summer in the media, including The New York Times, about the “shocking” revelations that women in college have sex. Regardless of how far behind the times these outlets are, the reality is that women do indeed have sex in college, a fact much noted in the skewering responses to the rule from campus blogs.

If the Barnard administration takes the idea that adult women should have control over their bodies seriously, then students and RAs living together should be able to come to a consensus themselves about how often guests can stay over. The administration did not involve students in this ruling, and in patronizing fashion pushed through a heavy handed rule to “speak” for silent students, rather than providing encouragement and outlets for them to speak themselves. The result is compromised reproductive rights.

The purpose of a women’s college is to provide a safe space for students to find their own scholarly and personal fulfillment, liberated from the male gaze and patriarchal mechanisms of control. But if Barnard’s administration insists on stretching its parental tentacles even into the bedroom, one must begin to wonder: does it consider its students adults or children?