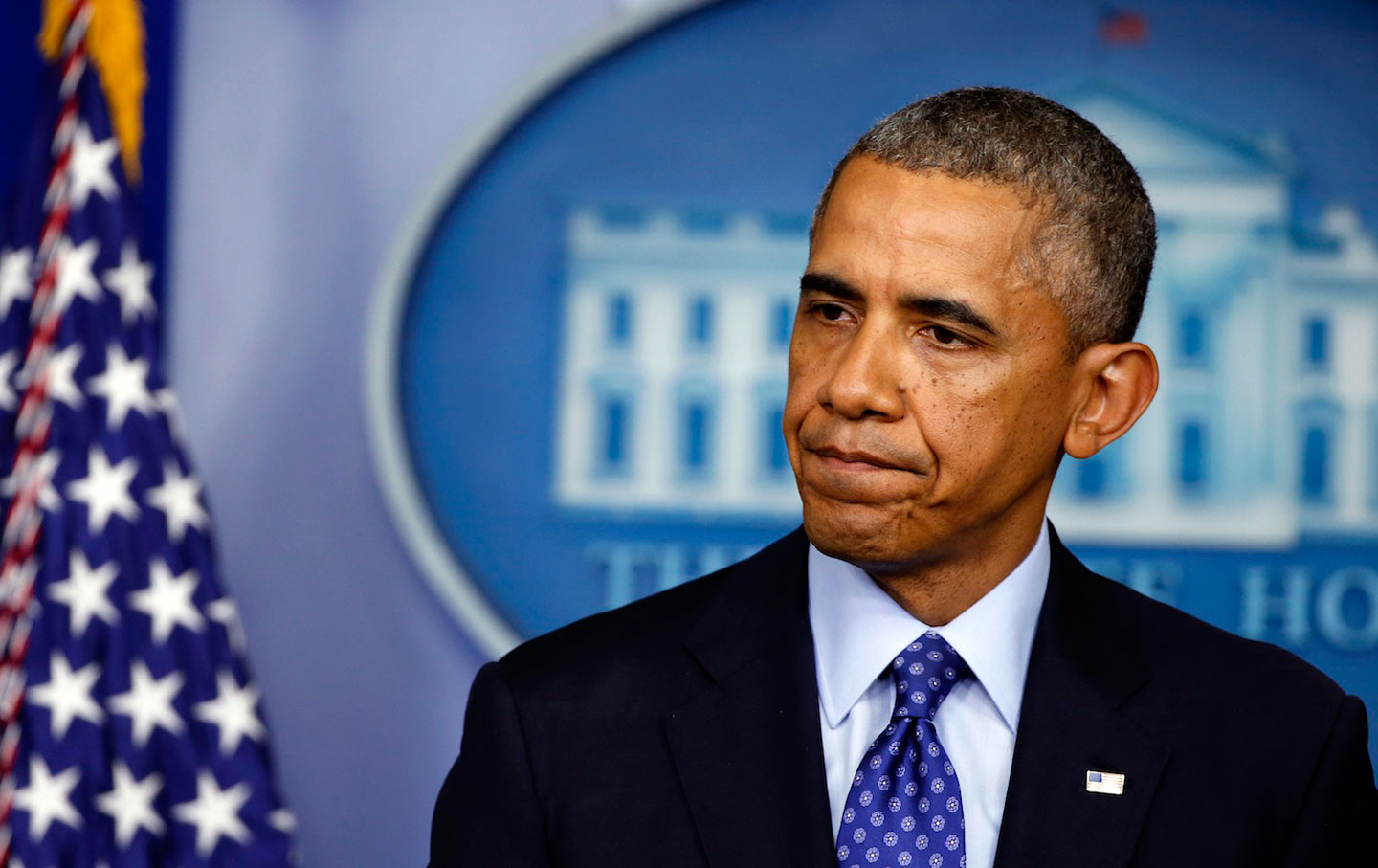 Our 44th president was the coolest guy in the room. It didn’t matter what room. He was always able to keep his head while everyone around him was losing theirs—and usually blaming him. Remember that viral meme from 2008, when it briefly seemed like John McCain might win? Everyone chill the f**k out, I got this, it read in block letters over a photo of Obama. Years later, after being lectured endlessly by Israel’s Benjamin Netanyahu, Obama abruptly cut him off. “Bibi, you have to understand something,” he said. “I’m the African-American son of a single mother, and I live here, in this house. I live in the White House. I managed to get elected president of the United States. You think I don’t understand what you’re talking about, but I do.” That’s cool.1

Yes, he made mistakes, especially in his belated willingness to face up to the mendacity of his opposition. Even so, Obama has proved himself the most consequential liberal president since Franklin Roosevelt. It’s not only passing health-care reform, saving the economy and the auto industry, and rationalizing relations with Cuba and Iran. It’s that he did so while leaving the country with a 4.6 percent unemployment rate, a 3.9 percent wage-growth rate, and one of the longest-lasting economic expansions on record. Then there’s the tone he set. As a rhetorician, he was a peer to FDR and John F. Kennedy. As an executive, he presided over eight years without a hint of genuine scandal. And he did all this while facing a nihilist opposition reinforced by a feckless media establishment that refused to make the most elementary distinctions between truth and falsehood. Was the president born in Kenya? Is he a Muslim? Satan himself? Who can say? Just so long as we give “both sides” a chance to make their case.2

Obama Was Not an Economic Radical. Trump Will Be.

We know now that Obama’s appeal to the better angels of our nature did not, ultimately, succeed. The millions of onetime Obama voters who opted for Trump over Clinton chose an ignorant, ill-informed, racist, ethnocentric, dishonest, kleptocratic misogynist rather than the perfectly reasonable successor Obama had anointed. That’s their right. We can talk about why they made that decision. But there’s one factor that has gone overlooked in the election postmortems: the establishment media’s resentment of Obama’s thoughtfulness, his penchant for prudence and deliberation before embarking on any significant course of action. This stigmatization of intellect, I’d argue, helped pave the way for the monstrous manifestation of masculine id now poised to replace him.3

An early clue as to what lay in store for Obama came during a press conference in March 2009, when Ed Henry of CNN (now of Fox News) demanded to know why Andrew Cuomo, then New York’s attorney general, was acting angrier about AIG’s bonus payments than the president himself. Instead of immediately lashing out, Henry complained, the president had “waited a few days.” As Obama tried to explain his thinking, Henry repeated his complaint: “Why did you wait days to come out and express that outrage?… It took you days to come public…. Why did it take so long?” Obama tried again: “Well, it took us a couple of days because I like to know what I’m talking about before I speak.” It was exactly what a sensible person would want the president to do. But it was anathema to our sensation-seeking press corps, which could not have cared less about policy and instead demanded action regardless of the consequences.4

Remember David Broder? The “dean” of the Washington press corps was lauded upon his death in 2011 as the “gold standard” for political journalists. President Obama even saluted him as “the most respected and incisive political commentator of his generation.” But back in November 2009, this paragon of political sagacity attacked the president for being just too damn thoughtful. Before deciding whether to commit the United States to another round of costly, potentially disastrous fighting in Afghanistan, Obama had decided to study the problem first. He asked Vice President Joe Biden and others to propose alternatives to what was already shaping up to be a Vietnam-style quagmire. Furious at Obama’s “dithering,” Dean  Broder condemned “the length of this deliberative process” and demanded a decision for more war—going so far as to cite, as a positive precedent, Clark Clifford’s description of Harry Truman’s belief that “even a wrong decision was better than no decision at all.”5

Speaking to New Yorker editor David Remnick recently, Obama recalled the uproar over his 2009 comments regarding the idiotic arrest of the Harvard scholar Henry Louis Gates Jr. by a white police officer for the crime of trying to enter his own home while black: “I thought that it would be fairly innocuous to say, ‘I don’t know all the facts, but if you’ve got an elderly black gentleman—even if he’s being obnoxious to a police officer—handcuffing him probably doesn’t make sense if he’s on his own porch.’ I thought that would be viewed as a pretty common-sense proposition.” No such thing, alas. In National Review, Heather MacDonald accused Obama of “promoting racial paranoia.” Rush Limbaugh complained that the president was “angry” and “not proud” of his country. Glenn Beck insisted that Obama’s response demonstrated a “deep-seated hatred for white people.” The Senate Republicans launched an online ad campaign asking Americans to vote on whether his comments were “presidential.” And the so-called mainstream media covered this ridiculous food fight by presenting the views of “both sides.”6

By relentlessly promoting this kind of false equivalence between truth and bullshit, thoughtfulness and stupidity, the press sowed the seeds of the unimaginable disaster that our country and the world are about to reap in the form of Donald Trump’s presidency.7