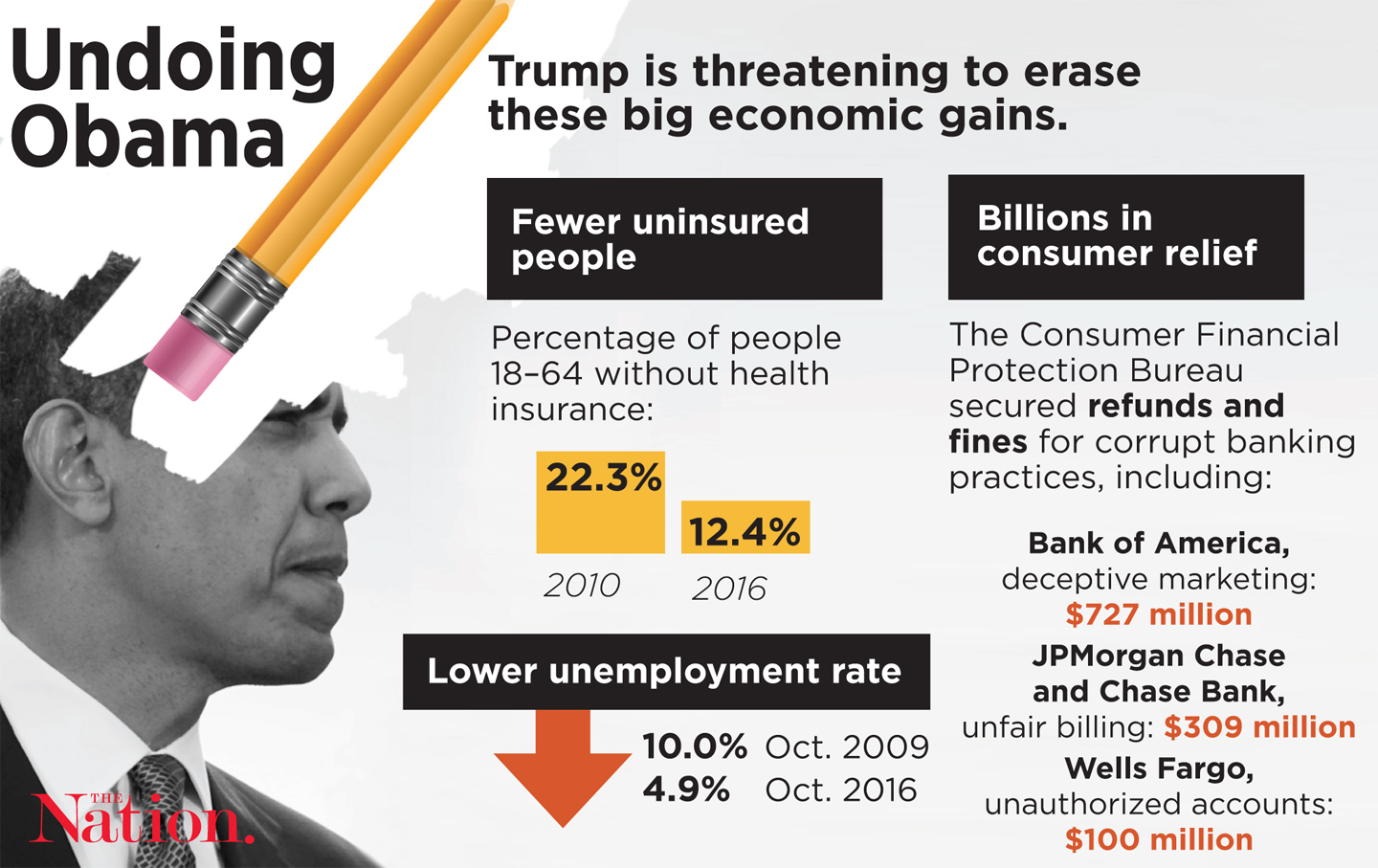 Periods of liberal advancement have short, fast lives. Franklin Roosevelt’s New Deal ran out of steam in 1937, after just four years. In early 1964, Lyndon Johnson showed an aide his list of Great Society programs and presciently told him to “assume that we have to do it all in 1965 and 1966, and probably in 1966 we’ll lose our big margin in the Congress.” FDR and LBJ had four years and two years, respectively, in which they had enough congressional support to enact their legislative visions. But with the continued decay of liberalism’s half-life, Barack Obama had basically seven months in 2009 (between the seating of Al Franken and the loss of Ted Kennedy) in which he could move things through the Senate.1

Periods of liberal advancement also build upon what was achieved in the past. The New Deal emerged after a lengthy period of experimentation across the Atlantic with social insurance, regulations, and labor rights. As Johnson outlined what he wanted to accomplish, he told an aide that “almost all the issues now are just about the same as they were when I came here in Congress nearly thirty years ago.” A huge list of liberal reforms had been stuck in a dysfunctional Congress, and Johnson’s massive win over Barry Goldwater in 1964 would give liberals a commanding majority and allow him to pass it.2

Obama, however, came to office after 30 years of conservative dominance in politics—just as that dominance was collapsing, but before a new liberal vision of the economy could be firmly put in place. As a result, his economic platform was caught between two periods: one centrist and defensive against conservative assaults, the other growing more assertively liberal. Much was accomplished, but those accomplishments now appear to be fleeting. Their dual nature leaves these reforms vulnerable, particularly with an administration taking over the White House that will relentlessly seek to roll them back. Without a broader liberal mobilization to defend and expand these actions, the advances made in the Obama years will quickly disappear.3

The biggest challenge Obama faced was the Great Recession, a period in which unemployment skyrocketed to 10 percent and only slowly came down in the next eight years. This recession destroyed the consensus view that the Federal Reserve had an almost omnipotent ability to steer the economy, and that the most useful role for the rest of the government was to provide a good atmosphere for investment. But Obama struggled to replace that consensus with a broader vision of how (and for whom) the economy actually works.4

There was an initial push to revitalize the idea that the federal government should pursue full employment, most notably through the American Recovery and Reinvestment Act, also known as the stimulus bill. But a stimulus large enough to tackle the problem couldn’t get through Congress. Nor did Obama attempt to use other tools to boost the economy. Income inequality has continued to grow during his tenure, while wage growth has been sluggish. He failed to put more aggressive members on the board of the Federal Reserve, with some positions sitting vacant for long periods. Efforts to deal with bad housing debt and foreclosures—the real drivers of the economy’s weakness—weren’t pursued with the same vigor that bailing out the banks was.5

Lacking a firmer liberal foundation, Obama then went to the opposite extreme, arguing that mass unemployment was driven by technology and uncertainty over the debt rather than weak spending. His solution was a failed attempt to strike a so-called “grand bargain” on the national debt with the newly arrived—and fiercely recalcitrant—Republican House majority.6

The Affordable Care Act was designed during the transition from conservative control to a resurgent progressivism. As a result, the ACA combined liberal priorities—expanding Medicaid and using Medicare’s purchasing power to lower costs—with ideas that originally came from the Republicans themselves, like the Heritage Foundation’s individual mandate and health-care exchanges that rely on private insurance companies.7

The results have been positive, but they also reflect the limitations of this mixed approach. The rate of the uninsured fell by a third. Medical debt has long been one of the biggest drags on individual and family budgets, but those who gained coverage through the Medicaid expansion saved money on their health care and used it to pay down debts. The ACA also appears to be curbing the growth of health-care costs, with the United States projected to spend $2.6 trillion less in the near future, leading to smaller deficits for both state and federal budgets, which in turn can free up funds for more investment.8

Yet the law’s requirement to buy health insurance remains very unpopular, even though it’s the provision that holds the whole system together. Experts estimate that a third of the country will be in an exchange with only one insurer by next year, making Obamacare’s almost-universal coverage less a form of social solidarity and more like another expensive bill the government compels you to pay. These problems are the result of working within the old system of private insurance without taking the public option—a progressive priority— seriously. Yet the ACA covers so many people, and its pieces remain so interdependent, that Trump’s desire to repeal major parts of it would create even more problems.9

A similar dynamic played out with financial reform. The Dodd-Frank bill has done a significant amount of work to reduce the risks created by the financial sector, increasing the safety cushion of reserves that banks are required to carry and giving regulators new tools if a crisis happens. Some of the most significant of these advances started with people pushing for reform during the conservative era. Forcing complicated financial derivatives into regulation got Brooksley Born forced out by centrist Democrats when she proposed merely studying it in the 1990s; Dodd-Frank made it the law of the land. Consumer advocates and legal experts, most notably Senator Elizabeth Warren, examined the ways that consumer protections were broken during the housing bubble and helped design the Consumer Financial Protection Bureau. That watchdog has already had a huge impact, bringing consumers $11.7 billion in relief from fraudulent practices and inserting itself into formerly unregulated corners like payday lending and consumer credit reporting.10

But at the same time, the response to the financial crisis was limited by the older consensus. There were no widespread criminal prosecutions for the fraud that occurred on Wall Street, whether it was selling bad mortgage packages, manipulating interest rates, or foreclosing on homeowners without any of the necessary supporting documents. Bankruptcy laws weren’t changed to prevent foreclosures; a wholesale restructuring of the “too-big-to-fail” banks wasn’t on the agenda. With the Republicans running the government, many of the new rules could be weakened or poorly enforced by industry-friendly appointees. The CFPB’s independence, and therefore its power, is also at risk.11

While Obama’s first term as president was caught in this transitional period, by his second term he pushed more aggressive and progressive measures, mainly by sidestepping Congress. These actions aimed to boost worker power and challenge private business directly.12

Obama picked a more dovish head for the Federal Reserve in Janet Yellen. His Council of Economic Advisers adopted a tougher stance on monopoly power, while Obama pushed for net neutrality to be executed through the FCC. He announced regulations for investment advisers against the wishes of the financial industry. The National Labor Relations Board has been revitalized, asserting itself in the debate over the franchise model used by some of the country’s largest employers and in the organizing by graduate students that had previously been blocked.13

Obama issued an executive order updating the long-neglected rules that determine which workers get overtime; as a result, approximately 4 million people will either be paid more money when they work long hours or will see their workweeks shrink to 40 hours.14

These gains are fragile, however, and can be quickly reversed by the Trump administration, which has already promised to cancel all of Obama’s executive orders.15

The hope for more lasting change is at the local level. Though the Obama administration hasn’t been able to prod Congress toward national laws guaranteeing all workers paid time off, it has pushed states to pass paid sick and family leave, even offering more than $3 million in grants toward that goal. Thus far, only four states have enacted paid-family-leave programs, but the more that do, the more people will be covered—and the easier it will get to make the case that businesses can survive adopting such programs, and may even see some real benefits. Similarly, a majority of states have already raised their minimum wage above the federal floor.16

Roosevelt’s New Deal created the right for workers to organize, which remained strong for decades, and planted the seeds for protecting citizens through social insurance. The Great Society expanded the role of the government in providing health care, education, and safeguards against poverty. President Obama aimed to expand the liberal project as well, finding a role for the state in challenging corporate power and providing economic security, despite the dominance of the conservative movement.17

But his vision remains extremely vulnerable. Then-Senator Tom Harkin described the ACA as a “starter home,” and it’s true of Obama’s broader project as well. The next four years will determine whether Democrats and liberals can successfully defend what Obama began, or whether the GOP under Trump will end it. Other periods of liberal expansion were the culmination of broader social movements. This period needs to start one.18