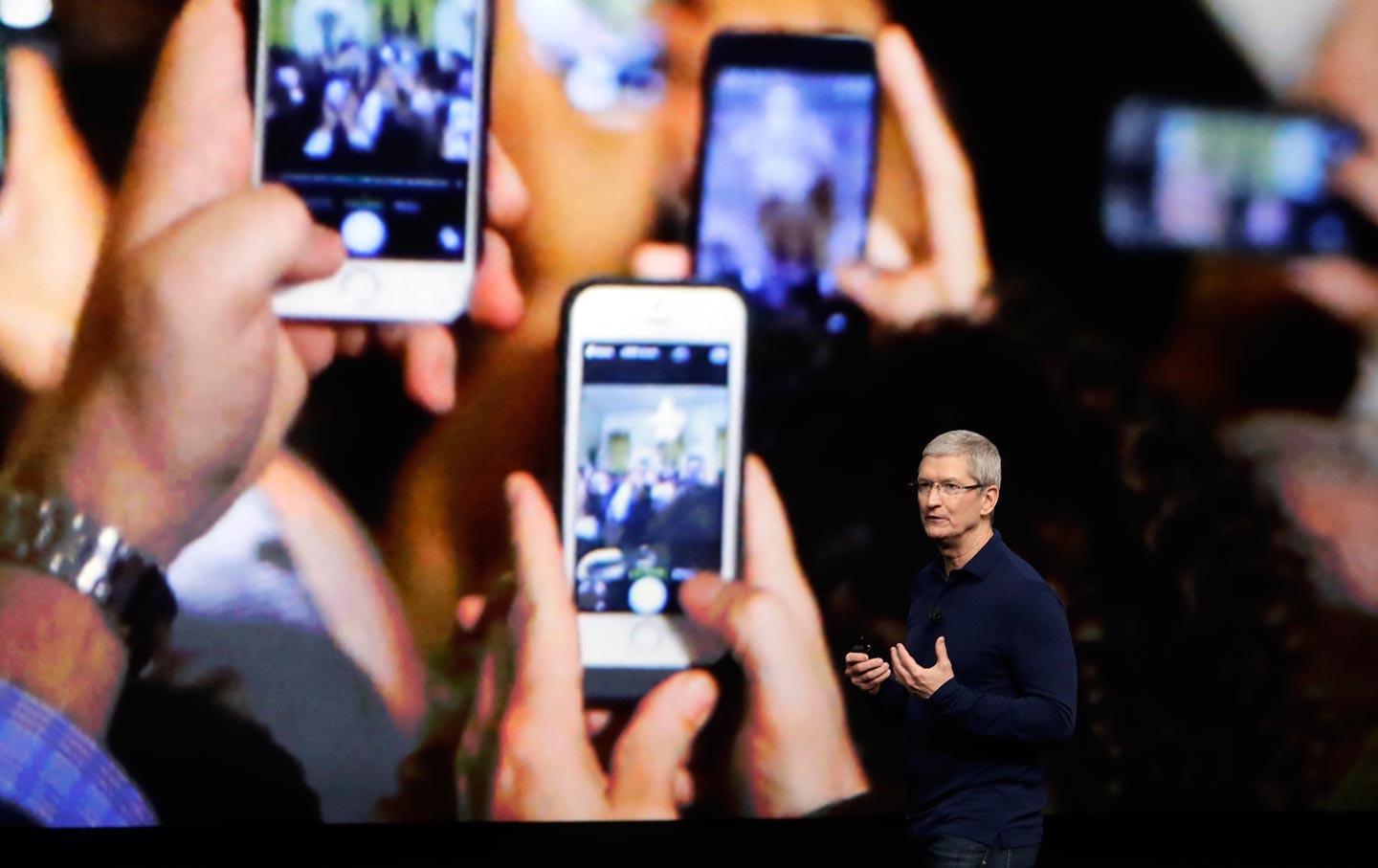 Taxes may be unavoidable for the average citizen of the world’s advanced industrial nations, but the same cannot be said for corporations with global reach. According to Gabriel Zucman, a Berkeley economist and author of The Hidden Wealth of Nations, “About 55 percent of all the foreign profits of US multinationals are artificially booked to countries that tax capital at zero or close to zero.” Recently, the European Commission decided to take a stand against such corporate tax avoidance, fining Apple €13 billion ($14.5 billion) for an arrangement with Ireland that led to its overseas earnings being taxed at rates as low as 0.005 percent. Apple CEO Tim Cook has denounced the EC ruling as “total political crap.” His position reflects the belief that corporate “treaty shopping” for the lowest tax rate has nothing to do with politics, whereas any attempt by legally constituted authorities to apportion the burden of taxation fairly amounts to unwarranted political interference with the market.1

Thomas Piketty, an economist at the Paris School of Economics and author of the global best seller Capital in the Twenty-First Century (which I translated into English), disagrees. I asked Piketty if he thought the EC ruling might be a first step toward the “global tax on capital” that he calls for in his book. “I am not sure whether it is the beginning of something, or the beginning of nothing at all (judges could still cancel everything),” he replied via e-mail.2

For Piketty, the crucial political decision has yet to be taken: “It will happen when a subset of European countries decides to create a common corporate tax…or at least a common minimal corporate tax rate for very large companies.” As for the EC ruling, it “is simply trying to get Ireland to apply its statutory 12.5 percent tax rate to Apple, without questioning the fact that this statutory rate is far too low. Ideally, the largest European countries and the United States should set a minimal tax rate of at least 25 or 30 percent on the profits of large European and US (and other) multinationals. I am sure this will come at some point, but I do not know when.”3

The Obama administration’s strong support for Apple in its dispute with the European Union has disappointed European reformers like Piketty. In a recent blog post for Le Monde, he expressed the hope that if Hillary Clinton wins the presidential election, leadership on global corporate-tax reform might come from the United States. Piketty notes that the Sanders insurgency (which he supported) put pressure on Clinton to demonstrate that she is not a tool of Wall Street, as Sanders alleged. One way to demonstrate her independence would be to “announce strong measures on the taxation of multinationals and the largest fortunes.” Piketty reiterated his point that the best solution would involve the imposition of a substantial “minimum tax rate—at least 25 to 30 percent—on the profits of all European and American multinationals.” If the United States adopted such a tough stance, he argued, it would force the EU nations to follow suit.4

Zucman, who collaborated with Piketty on “Capital Is Back,” an influential paper about the growing wealth inequality, agrees. In response to a query about the Apple case, he suggested a measure that would not require international cooperation: “The US Treasury should do the same as the European Commission: try to stop multinationals dodging taxes, and have them pay what they owe. The quickest way to do this would be to levy a tax on the stock of unrepatriated offshore profits of US companies: a 5 percent annual tax on this $3 trillion stock would generate $150 billion in tax revenue a year, and would encourage companies to repatriate their profits to the United States, where they would pay the US corporate income tax.”5

The EC’s ruling is not without its paradoxes. It was issued not out of a desire to rein in growing wealth inequality or to curb the ability of multinational corporations to play one country against another, but rather in the name of “free and undistorted competition”—a phrase that former French president Nicolas Sarkozy had stricken from the EU treaties because it was too redolent of “Anglo-Saxon neoliberalism” for French tastes. But EU Competition Commissioner Margrethe Vestager rejected the Apple tax break precisely on the grounds that it distorted competition by granting the US firm unlawful state aid under EU rules. Vestager is confident that her decision will survive any challenge in the courts.6

The decision was issued under the aegis of a European Commission headed by Jean-Claude Juncker, who as prime minister of Luxembourg presided over a regime of favorable tax treatment for multinationals. In hindsight—and in response to a censure motion filed shortly after he assumed the commission’s presidency—Juncker said in 2014 that he wished his government had scrutinized these tax deals more closely, but that at the time his desire was to diversify Luxembourg’s economy, which he believed depended too heavily on the country’s “monolithic” banking industry. To counter this, he sought to attract high-tech firms by offering generous tax incentives, just as Ireland did. In his new role as head of the EC, however, Juncker has changed his tune. His newfound ethical zeal is no doubt abetted by the fact that Apple is a US corporation; a tough stance against allegedly predatory American firms can be expected to play well at home.7

Despite these recent signs of a heightened EU scrutiny of corporate tax-avoidance strategies, the path ahead remains uncertain. Apple is far from the only US tech company to engage in a shell game with its vast profits. As numerous investigators have shown, from the journalist Jesse Drucker to those working for the International Monetary Fund, Google has been no less resourceful than Apple in exploiting every legal means to maximize shareholder profits, while minimizing its obligations to the countries from which it reaps its earnings. Its strategy has been dubbed the “Double Irish Dutch Sandwich.” Zucman explains that, before going public in 2004, Google US transferred part of its “intangible capital” (search and advertising technologies) to Google Holdings, a subsidiary headquartered in Ireland but registered for Irish tax purposes in Bermuda. Google Holdings then created another Irish subsidiary, Ireland Limited, which in turn pays royalties to a Dutch shell company named Google BV. To make a long story short, Google has learned to exploit the terms of international tax agreements so thoroughly that in recent years, “its effective tax rate on foreign profits has ranged from 2 to 8 percent,” according to Zucman’s 2014 paper “Taxing Across Borders,” published in the Journal of Economic Perspectives.8

All of this is perfectly legal, but it is also highly inefficient: Significant corporate resources are devoted to the exploitation of tax loopholes rather than productive investment. Firms also have incentives to locate their factories, headquarters, and workforce in places where taxes are low, at the expense of countries whose public investments in research and development help to create the very technologies on which their profits depend. The EU’s move against Apple may be a first step toward a more rational world. Or then again, as Piketty warns, it may lead nowhere at all.9