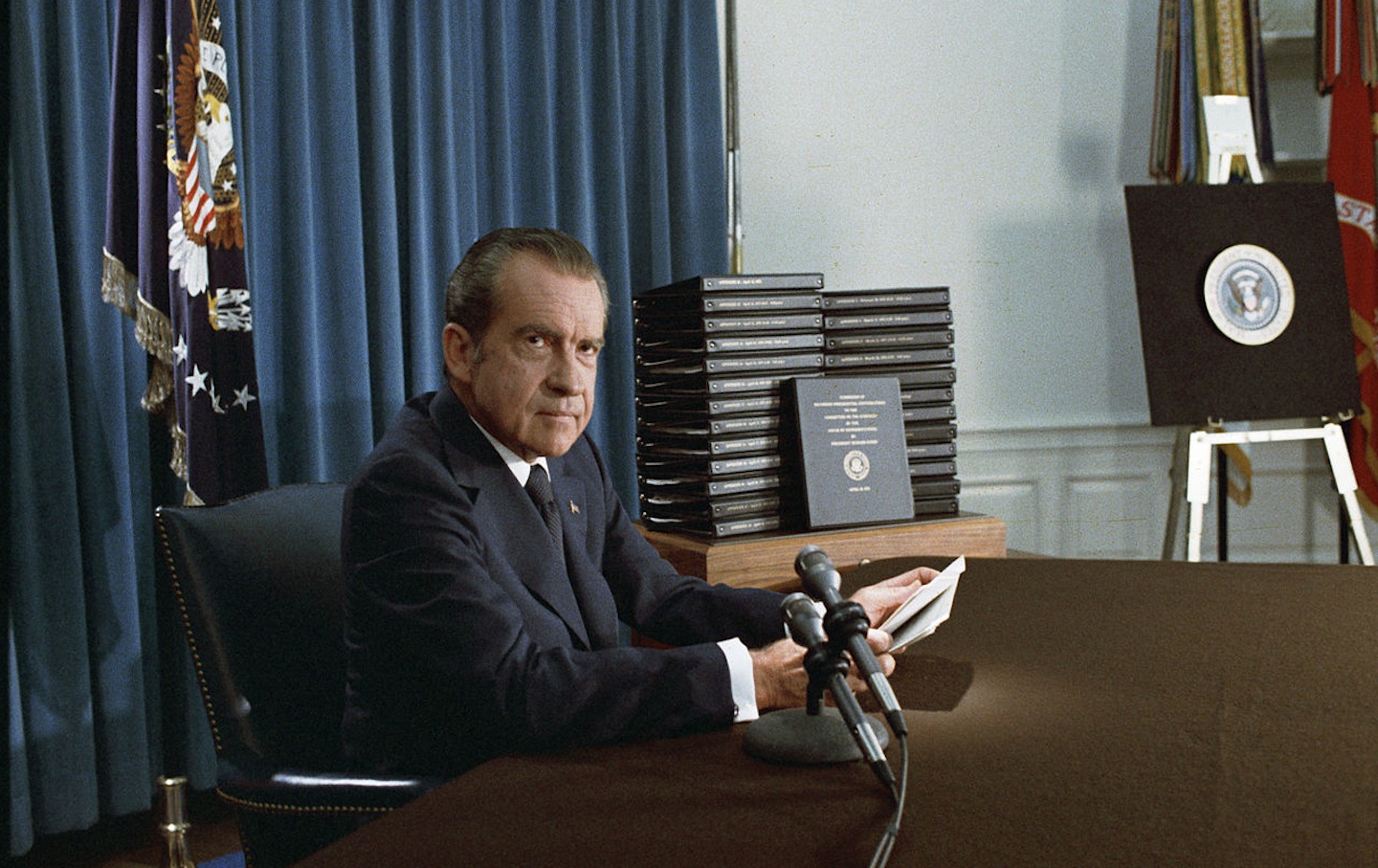 When Nixon resigned on this day in 1974, The Nation’s editor Carey McWilliams thought things were looking up. The traumatic Nixon presidency might create the potential of a great democratic revival in time for the bicentennial of the United States, in 1976. In any case, McWilliams reasoned, the greatest scandal in American presidential history at least spelled the end of the political career of one of Nixon’s most fervent defenders, a former governor of California named Ronald Reagan.

The debate on Watergate has been a profoundly educative experience and it will continue for a long time. A recrudescence of McCarthyism is always possible but seems unlikely. The new political energies generated in the 1960s have not been entirely dissipated by any means. Nor have the lessons of the war in Vietnam been forgotten. Strong undercurrents of political unrest are evident even if the direction they may take is not. Vice President Gerald Ford may well be discredited by his support of Nixon and the names of Ronald Reagan and John Connally can now be scratched from the presidential sweepstakes. So prospects for a real bicentennial celebration sans Nixon and of a major political upheaval in 1976 cannot be discounted as wholly fanciful; the potential, at least, exists.