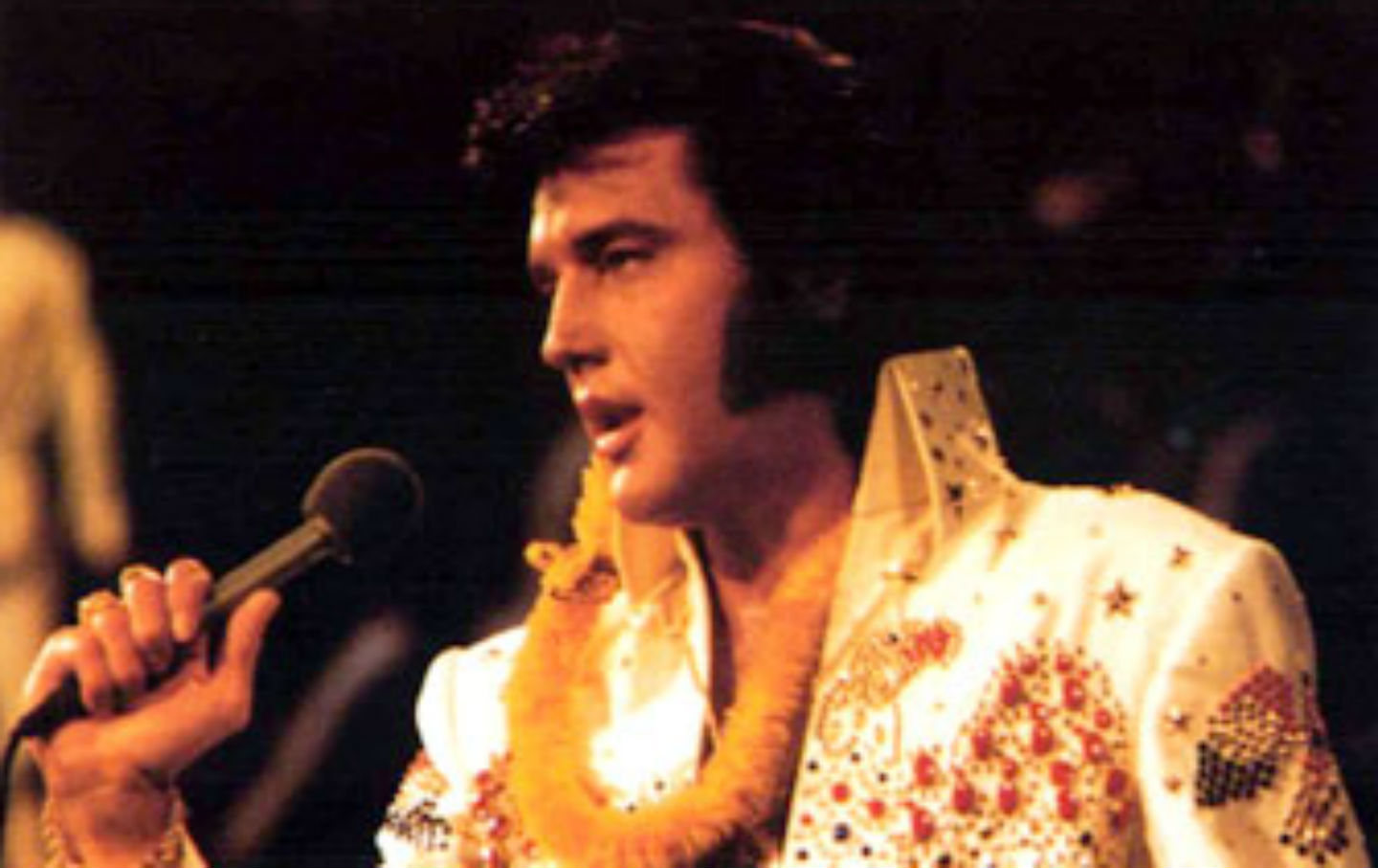 Elvis, in his performance "Aloha from Hawaii," which was filmed in 1973. (Wikimedia Commons)

One of the surprises of a years-long dive into this magazine’s archives is the realization that The Nation has a long record of having said some remarkably intelligent things about popular culture; this has often been manifested most profoundly in essays on the deaths, typically untimely, of film or music stars. Consider recent Almanac entries on Bob Marley and Marilyn Monroe, each of which managed to describe the history of their subjects’ respective careers in almost world-historical terms.

A classic of the genre is the critic Louis Menand’s essay on Elvis Presley from the Nation of June 5, 1982, just shy of five years after the King’s death on this day in 1977.

Looking back, we can see the kind of attraction someone like Elvis Presley would have for intellectuals in the modernist version of the myth of the artist as culture hero. Presley’s career can be read as the embodiment of one of modern culture’s two strategies for dealing with the phenomena of mass society and mass culture. The two strategies were resistance and submission, and both were understood to be heroic because both were understood to entail suffering. The notion that Presley submitted his talent to the inhuman machinery of commercial exploitation, and that he paid in consequence a terrible price, is the basis for his present peculiar stature as both the hero and the victim—the heroic victim—of modern mass culture….

This idea of the artist-hero, and even and especially the entertainer-hero, is one of modern culture’s myths. We know, I think that it is a myth, but we still subscribe to it because it allows us to cling to the notion that art is pure and society is corrupt and corrupting. But this is a notion which, as contemporary culture continues to cash in on all the myths of modern high culture with ever-increasing speed and assurance, will come to seem more and more a delusion.