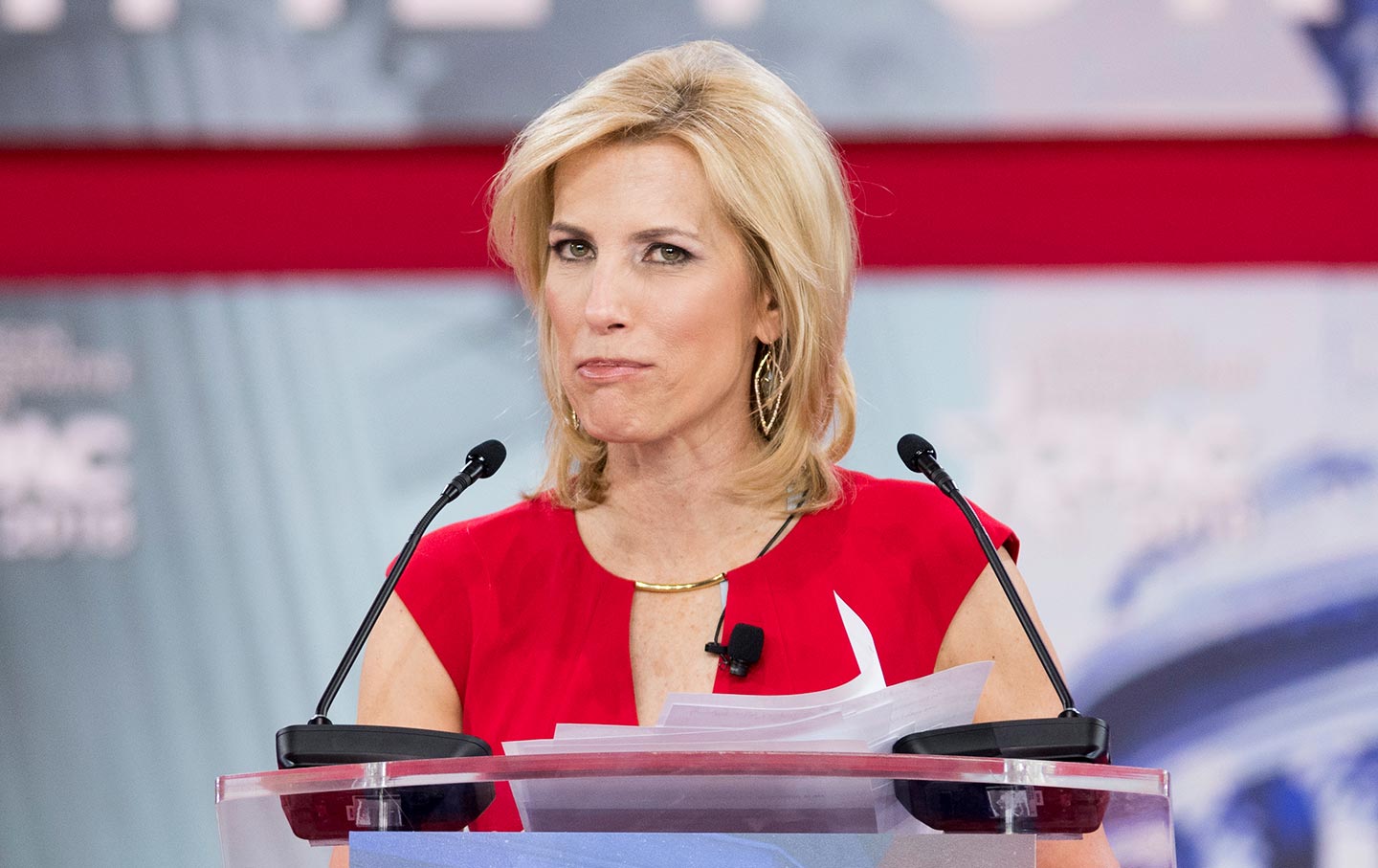 Donald Trump and his defenders are trying to save his miserable presidency by confusing the American people with interpretations of the law and the Constitution that have no resemblance to reality as it is understood today. More significantly, they are proposing defenses that bear no resemblance to reality as it was understood by the founders of the American experiment.

Indeed, their defenses directly conflict with the intentions of the delegates who outlined an impeachment power to answer the questions George Mason posed at the Constitutional Convention of 1787: “Shall any man be above justice? Above all, shall that man be above it who can commit the most extensive injustice?”

Trump’s team is going from weakness to weakness when it comes to mounting defenses. That was painfully obvious during the second of two public impeachment hearings, on Friday, when the president tweeted crudely personal and deeply dishonest attacks on former US ambassador to Ukraine Marie Yovanovitch as she was testifying before the Intelligence Committee. Trump was literally insisting that the “Impeachment Witch Hunt should be Over…” on the day that Yovanovitch was testifying about a smear campaign that ultimately forced her from her post—and about how Trump’s attacks on her “sounded like a threat” and had been “very intimidating” not just to her but to those who might seek to challenge corruption in Ukraine.

The president’s words and deeds have been so over the top that a key member of the committee, Connecticut Democrat Jim Himes, suggested that the ambassador had been “attacked in language that would embarrass a mob boss.” Himes also noted the increasingly desperate nature of the attempts to justify the president’s conduct. “Now,” the representative said, “it’s the president’s defense—and it’s emerging from my Republican colleagues today—that this is all OK.”

In fact, new attempts to cover for Trump emerge on a daily basis. The one constant is that they are going from bad to worse. President Trump, his aides, and his congressional allies have tried the “we do it all the time” defense, the “these guys are too incoherent to organize a quid pro quo” defense, the “this is all just hearsay” defense, and the “he got caught before he did anything really bad” defense, in an increasingly desperate search for a credible argument against impeaching and removing a serial abuser of his position. But nowhere has the desperation of the dead-enders on the Trump train been more evident—at the close of an extraordinary week of public hearings and revelations regarding the president’s scheming to get the Ukrainian government to do his personal political bidding—than in their response to House Speaker Nancy Pelosi’s suggestion that the impeachment inquiry might aim a bribery charge at Trump. “What the president has admitted to and says it’s perfect, I’ve said it’s perfectly wrong,” the speaker announced on Thursday. “It’s bribery.”

Though the California Democrat did not say for certain that there would be an article of impeachment indicting the president for bribery, Pelosi did not shy away from specifics regarding the president’s “do us a favor” conversation with Ukrainian President Volodymyr Zelensky. “The bribe is to grant or withhold military assistance in return for a public statement of a fake investigation into the elections,” she explained. “That’s bribery.”

That raised the alarm of Trump’s praetorian guard, as a reference to bribery brings the discussion of impeachment into direct alignment with the language of the Constitution, which declares in Article II, Section 4: “The President, Vice President and all civil Officers of the United States, shall be removed from Office on Impeachment for, and Conviction of, Treason, Bribery, or other high Crimes and Misdemeanors.” Close readers of the document will understand that bribery is mentioned as an example of the many high crimes and misdemeanors that would be considered impeachable. Close readers will also note the use of the term “shall be removed”—as opposed to “may be removed.”

The Constitution Mandates It

It’s Not a Coup, It’s the Constitution

Impeachment Is the Cure for a Constitutional Crisis

It’s Time to Unite Around the Constitution

Even the most comically inept of the president’s champions recognize what Pelosi, Intelligence Committee chair Adam Schiff (D-CA), and their allies are doing. They are abandoning arcane language and getting precise about impeachment as they move toward the process of writing formal articles of impeachment. But that has not made the pushback by Trump’s amen corner any less absurd. Now, we’ve got opponents of impeachment, like Fox News host Laura Ingraham, arguing that “attempted bribery isn’t in the Constitution.”

Apart from the problem of a “defense” that suggests the president was trying to do wrong but didn’t fully achieve his goal, this argument splits the wrong hair. Cornell Law School’s Legal Information Institute reminds us: “Attempts to bribe exist at common law and under the Model Penal Code, and often, the punishment for attempted bribery and completed bribery are identical.” That’s useful. But even more useful is an understanding of the fact that impeachment is not a legal intervention that requires evidence of a specific criminal act or statutory violation, as President Trump and so many of Republican allies on the House Intelligence Committee so desperately want the American people and their elected officials to imagine.

Impeachment is a constitutionally defined process for checking and balancing the executive, which is carried out by the Congress in order to address egregious abuses of an immensely powerful position. By any measure, both bribery and attempted bribery meet this standard for congressional action.

The most compelling argument with regard to the intentions of the founders regarding what Trump’s allies refer to as “attempted bribery” comes from a trio of able and experienced lawyers who now work with the nonprofit, nonpartisan Protect Democracy organization: Ben Berwick, who previously served for six and a half years in the US Department of Justice as a trial attorney with the Civil Division and counsel to the assistant attorney general for the Civil Division; Justin Florence, who previously served in the Office of the White House Counsel as special assistant to the president and associate counsel to the president; and John Langford, who previously spent three years at Yale Law School as a clinical lecturer in law. In a compelling essay on the topic, they have explained:

[B]y and large, those who have examined Trump’s efforts to put pressure on Ukrainian President Volodymyr Zelensky as potential bribery have done so through the narrow lens of modern federal statutory criminal law.

But that is the wrong place to look when considering impeachment. In fact, the Founders had a broader conception of bribery than what’s in the criminal code. Their understanding was derived from English law, under which bribery was understood as an officeholder’s abuse of the power of an office to obtain a private benefit rather than for the public interest. This definition not only encompasses Trump’s conduct—it practically defines it.

There are reasons to be cautious about writing an article of impeachment that focuses on bribery. A simple corruption charge, stemming from the president’s abuse of his position for clearly political purposes, still appeals to those of us who believe it goes to the heart of Trump’s wrongdoing—as would articles outlining violations of the emoluments clause and obstruction of justice.

But the latest “defense” from the president’s defenders is as fraudulent as their previous attempts. “At the time the Constitution was drafted, when people thought of bribery, they thought in broad terms of the corrupt use of an official’s public power to achieve private ends,” Berwick, Florence, and Langford explained in an early October Lawfare piece that merits a deep read. Indeed, when the founders highlighted “bribery” in the Constitution as one of two specific impeachable offenses, the lawyers tell us, “There is every reason to believe that the drafters of the Constitution had in mind a scope that easily encompasses Trump’s conduct.”