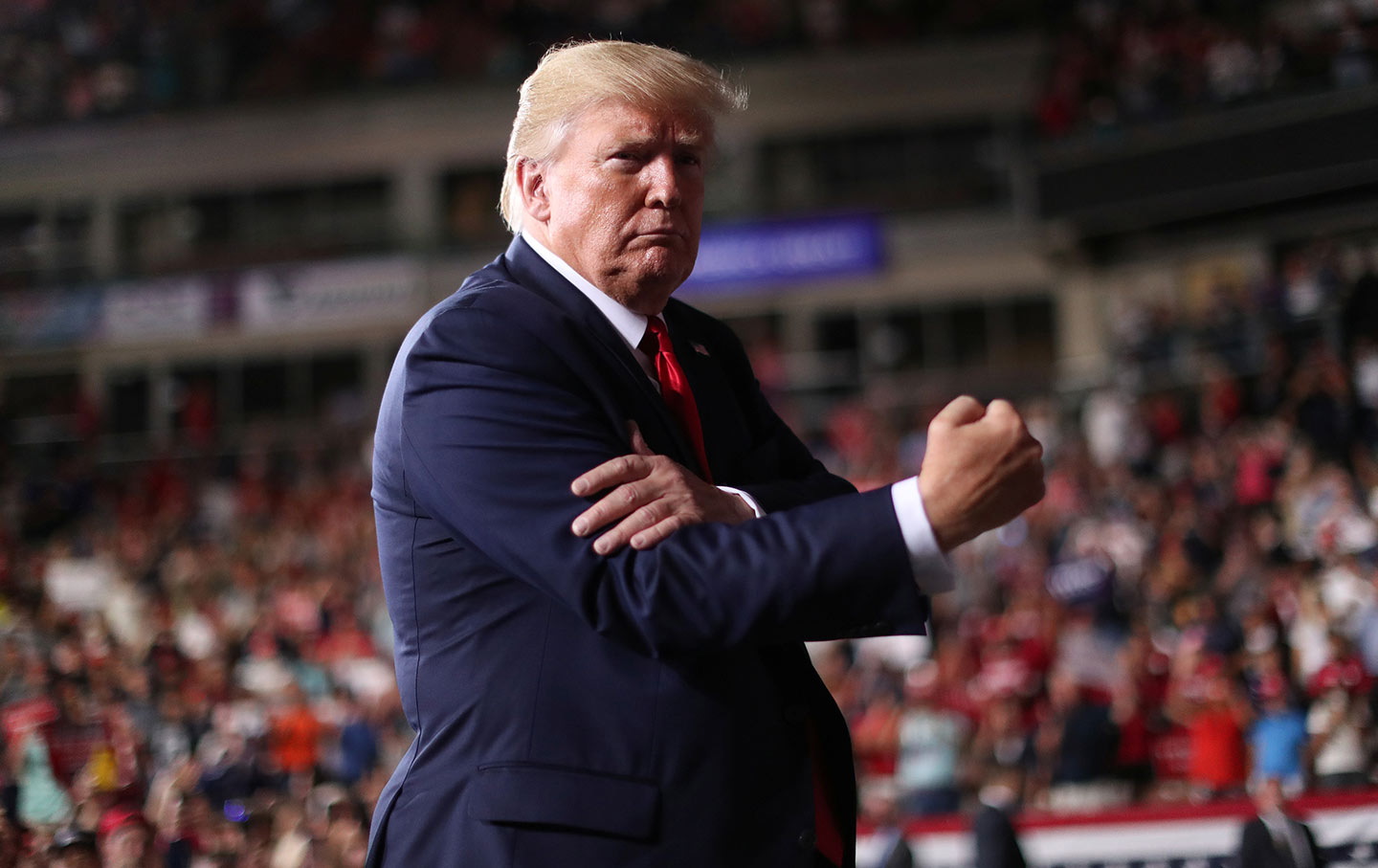 There is always a good debate to be had about whether Donald Trump is lying or just ignorant. But the discussion gets even more interesting when the president’s ignorance informs his lies.

Trump reached this intersection last week when he tweeted: “As I learn more and more each day, I am coming to the conclusion that what is taking place is not an impeachment, it is a COUP, intended to take away the Power of the People, their vote, their freedoms…”

That’s rich coming from a guy who lost the popular vote in 2016 by 2.9 million ballots and only scraped into the Oval Office with an Electoral College majority that relied on narrow wins in three states (Michigan, Pennsylvania, and Wisconsin) where most voters backed candidates other than Trump for the presidency.

What Trump does not seem to understand is that it was not the voters of the United States that made him president; it was a constitutional construct. The founders established a federal system of governance that was so bent on empowering the states that it allowed popular-vote losers to claim the nation’s highest office.

Trump didn’t used to like this construct—on Election Day in 2012, he tweeted, “The electoral college is a disaster for a democracy….”—but he has learned to appreciate it.

What Trump must now appreciate is that the same founders who in 1787 established the route by which  he attained the presidency also put in place the procedures for checking and balancing his abuses of that presidency.

Impeachment is not a legal mechanism. It is a political power, written into the Constitution by people who—having recently fought a revolution against the madness of King George III—wanted to guard against the accumulation of power by autocrats who might abuse their authority to enrich themselves or to warp foreign and domestic relations in order to extend their tenures. The founders feared the prospect that a president chosen using the arcane processes they had established for filling the post might choose to make himself “a king for four years” or an “elected despot.”

“No point is of more importance than that the right of impeachment should be continued,” George Mason told the Constitutional Convention in 1787. It was, Mason suggested, the essential answer to the question: “Shall any man be above justice?”

Now, Trump seeks to avoid the justice that might extend from the impeachment inquiry that has been launched by the House of Representatives. He wants his Twitter followers to imagine accountability as “a coup.” In fact, this inquiry is a necessary response to precisely the sort of abuse that caused the founders to fret: an unpopular president using his position to pressure a foreign country to dig up dirt on the man who might be his opponent in an upcoming election.

The strongarm tactics the president employed to get Ukrainian President Volodymyr Zelensky to agree to an investigation targeting Democratic presidential contender Joe Biden meet the classic definition of an impeachable offense. The same goes for Trump’s public hectoring of China to investigate the Democrat who beats him in most 2020 match-up polls. As Senator Mitt Romney noted after Trump’s “brazen and unprecedented…wrong and appalling” outburst on Thursday: “When the only American citizen President Trump singles out for China’s investigation is his political opponent in the midst of the Democratic nomination process, it strains credulity to suggest that it is anything other than politically motivated.”

Trump’s surrender to that political motivation to exploit his position and its authority is what presidents are supposed to be impeached for. (The people understand this, as a Politico/Morning Consult poll released Wednesday found that support for Trump’s impeachment and removal from office is now at 50 percent, while just 43 percent oppose his removal.)

The founders intentionally employed the catch-all phrase “high crimes and misdemeanors” to give the future guardians of the American experiment the  leeway necessary to hold presidents to account for “brazen and unprecedented…wrong and appalling” behavior. There was no requirement that a specific violation of statute be identified—though in Trump’s case it would not be difficult to name a few. An impeached official is not charged by a prosecutor and tried in the courts; nor is he or she jailed or fined if found guilty. An impeached official is charged by the House of Representatives, tried by the Senate, and removed from office if convicted.

This is a sufficient remedy, as the point of impeachment is to protect the republic, preserve the rule of law, maintain proper checks and balances, and respect the US Constitution. The president may imagine that he faces a coup. In fact, he faces a reckoning with the requirements of a document that he swore an oath “to preserve, protect and defend.”

No one is going to accuse Donald Trump of being a constitutional scholar. It may be that he has never even read the document. But its impeachment standard still is constant. It remains what Representative Barbara Jordan understood it to be when she described it for the House Judiciary Committee during the Watergate inquiry of 1974 as “an essential check in the hands of the body of the Legislature against and upon the encroachments of the Executive.”