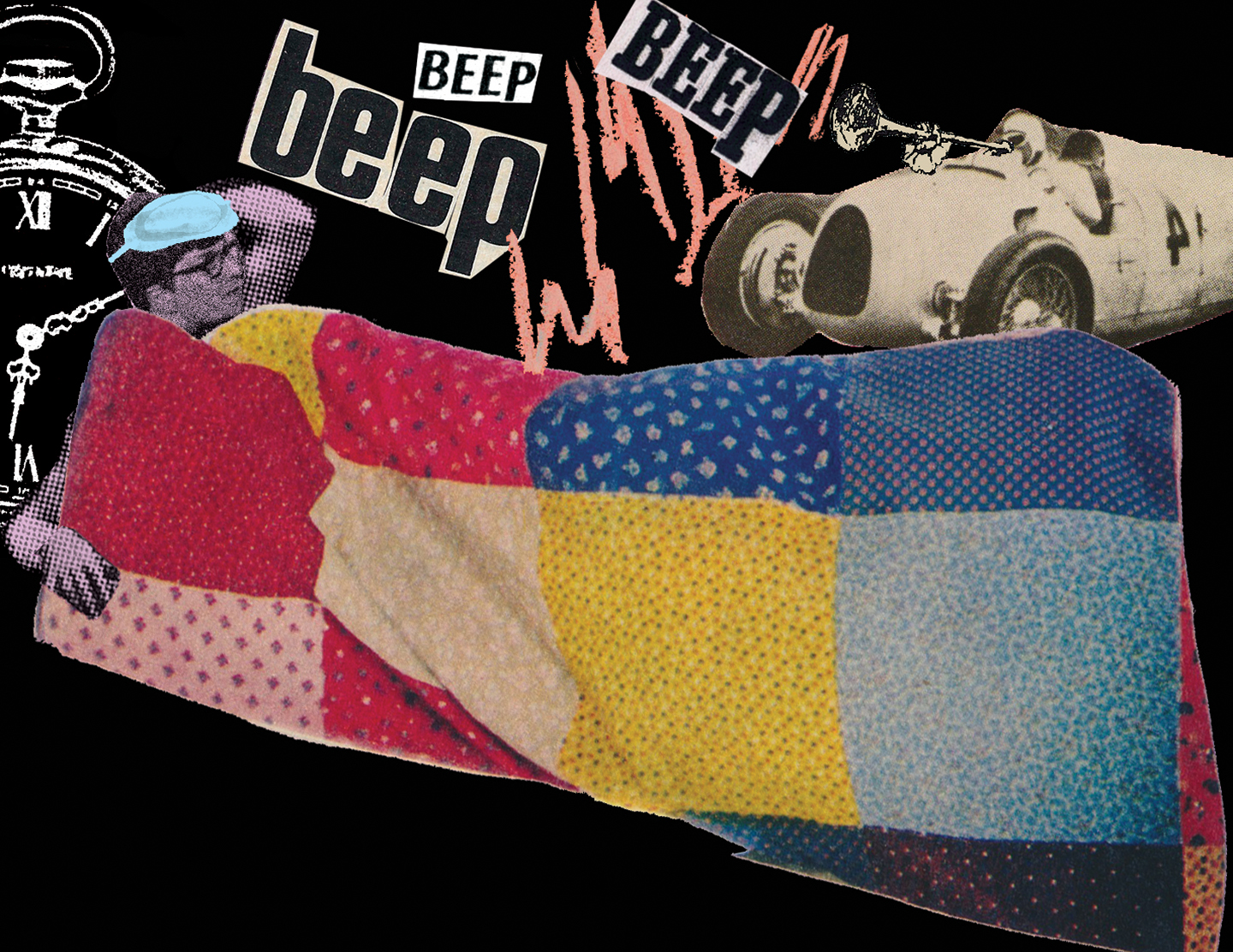 Dear Liza,
My husband and I moved into a new rental home on the outskirts of Philadelphia about eight months ago. Everything is great, except for one issue on our street. Every weekday morning before 6, one of my neighbors gets picked up by a driver who honks to announce their arrival: BEEP-BEEP-BEEEEEP!

I am trying not to “Becky” the situation by overreacting, as white people so often do. (I am white, and almost all of my neighbors are black.) I’ve tried ignoring it. We even sleep with a sound machine now, which helps drown out the quieter honks. But I am still woken up two to three times a week. Is there an appropriate way to talk to my neighbor about this?

—Sleepless in the Suburbs

Dear Sleepless,
You’re right to be cautious. You already know that filing a noise complaint would be overreacting, possibly exposing your black neighbors to police harassment or worse. But of course you need your sleep! Knock on your neighbor’s door and ask politely if the driver could send a text in the morning to announce their arrival rather than honk the horn. Failing that, suggest waiting for them outside. Then, the first time your neighbor complies with your request, bake the person a pie and leave a thank-you card.

The Socialists vs. Andrew Cuomo

How to Stop a Coup

Dear Liza,
I’ve been an activist and Marxist for most of my adult life—more than two decades now—and during that time, the left was small and weak. In most ways, that was terrible: We consistently failed to transform society. It makes you feel crazy when the world is collapsing and few people seem to notice or care. But as in any unhappy family, you get used to the situation.

Now I find myself in a new world. “Socialism” has become a popular term, and thousands of people have joined our movement. Waves of teachers are going on strike; people have occupied airports; millions of feminists have poured into the streets. It’s been exciting to see the beliefs that I’ve held for so long get a hearing in unexpected places. We are even starting to win sometimes.

But this sea change has shaken up my personal life in ways that are disorienting. I’m suddenly at odds with people I’d long considered mentors, friends, and comrades—people with whom I could, in the past, sustain relationships even when we disagreed. Those disagreements, which once seemed so inconsequential, can now take on sudden urgency and import.

The left for me has always been a space for political projects that I believe are necessary, but it’s also been where I’ve made my best friends, met all the loves of my life, and had fun. It’s scary to find the second (human) part of this so up in the air now.

I know you can’t change the historical conditions that keep producing new factions, but do you have any tips on how to hold on to the ties of personal affection, intellectual engagement, and social pleasure? I’ve seen other people become isolated, bitter, and paranoid when they lose this ability. How can we stay human, kind, caring, and generous while throwing ourselves into the struggle in a principled way?

—Yours in Love and Revolution

Dear L&R,
The explosion of possibility you so beautifully describe is only one of the significant historical changes since you entered left politics. Another is that so many disagreements are now aired on social media rather than face to face. In person, we are more likely to see our interlocutors as human and treat them accordingly. As Todd May, the author of Friendship in an Age of Economics: Resisting the Forces of Neoliberalism, pointed out to me, “You can hear their voices, see their eyes—all those things give them heft as a person.” On social media, by contrast, even a lifelong comrade can be reduced to an idea you don’t like. So I would avoid using these platforms to work out important disagreements. Once people are abstracted from their appealing physicality and warmth, it’s easy to lose sight of our affection for them and make too much of minor differences.

Which brings me to my next point: You seem to be placing too much importance on ideological struggle, L&R, and I suspect you’re being too rigid about it. While you’re aware that this is straining your friendships, it’s probably also impeding your political work. To build power and win, the left needs to continue to grow and be a place where people want to organize. Too much emphasis on making sure everyone has the correct positions can get in the way of all that.

“When you think of people as comrades or potential comrades,” said Jodi Dean, an activist and the author of Comrade: An Essay on Political Belonging, coming this October from Verso, “you end up being a little less judgmental.” Plus the stakes of any given disagreement are lower than you think. Almost nothing, she told me, “rises and falls on any single decision. What it all really rises and falls on is your ability to maintain collectivity and grow. That’s the stuff that really matters: not damaging the bonds, the connections with other people.”

Consider approaching disagreements with more humility. Intellectuals can be grandiose when it comes to ideological warfare, making it more important than it is, partly in order to make ourselves more central to movements. Karl Marx, though right about so many things, isn’t a good role model here. His eloquent dissing of political foes makes great reading today, but he wasn’t an organizer, nor was he trying to protect his friendships. The philosopher Michel Foucault offers more help, observing that the problem with ideological arguments is the “model of war,” in which your opponent becomes your enemy. That’s perfectly reasonable in some contexts, of course, but in disagreement with friends or comrades, this model is exactly wrong. “Wouldn’t it be much better instead to think that those with whom you disagree are perhaps mistaken,” he suggests, “or perhaps that you haven’t understood what they intended to say?”