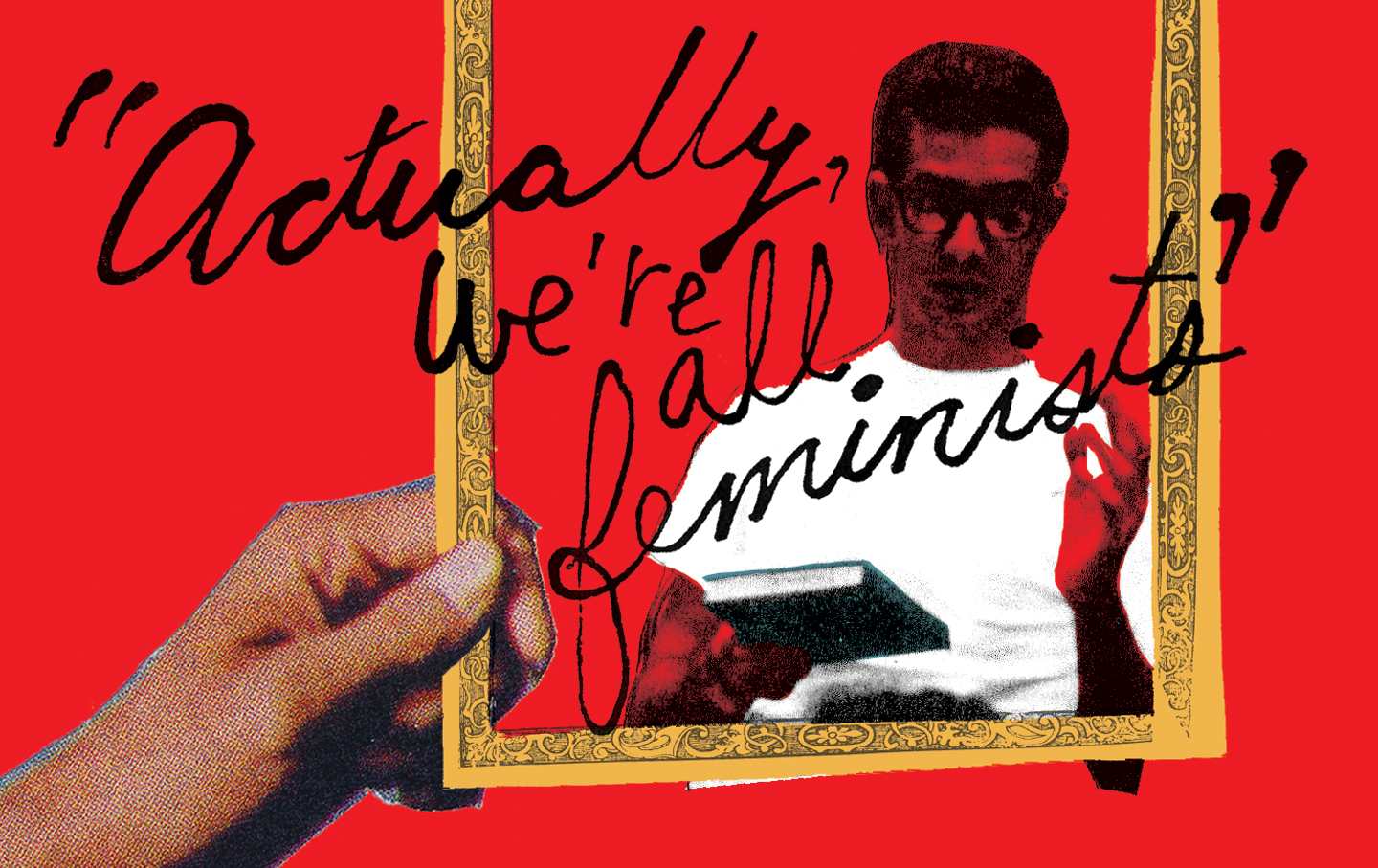 I’m a queer woman who believes in queerness both as a radical politics and as a sexuality. On the one hand, I was excited to watch the rise of Bernie Sanders, and the way the popularity of his campaign shifted public debate around capitalist resistance. But on the other hand, it’s made finding people to have sex with sort of tricky. I often find now that potential mates, whether in person or online, will front views significantly more radical than their actual beliefs. And of course, in the sack, you eventually figure out what those true beliefs are, since you can’t just yell radical epithets at each other (at least not for very long). One woman, for example, was all about smashing the corporate-media state—but couldn’t stand the “unprofessionalism” of independently produced documentary films or print media. And a dude I went out with, who’d convincingly expressed anticapitalist sentiments online, went on at length in person about how the biggest problem with his corporate job is that it doesn’t pay him enough money. So the question is: How am I supposed to navigate the divide between pop anticapitalism and actual radical politics in a way that still gets me laid?
—Perplexed Queer Radical

It’s too bad we can’t just yell radical epithets at one another in the sack. As feminist writer Susie “Sexpert” Bright once suggested, there’s an eroticism to “Workers of the World, Unite!”

I am delighted that resistance to capitalism has acquired so much cachet that you are besieged by posers. This may be bad for your sex life, but it’s good for the world.

Do consider that, over time, lovers may influence each other’s politics. I’m married to another leftist, who has convinced me, a brainwashed child of the Cold War, that the Soviet Union was a force for good in the world (they did defeat the Nazis, after all). He’s also adopted some of my square electoralism.

Perhaps you’re being too hard on these prospects; after all, some of these differences sound like starting points for conversation rather than endings. As a longtime media professional, I also get annoyed by all the typos in lefty publications like Z Magazine; does that mean you and I don’t stand a chance (please say it isn’t so)?

But it’s also true that in any encounter between two people, a disparity of political sophistication is likely. Some people (usually but not always men) enjoy the role of telling an ingenue how the world works. But not you—political cluelessness is, for you, a literal turnoff. You don’t want to listen to lot of bourgeois claptrap while rolling around in bed, even in a casual hookup. I think, therefore, that you should look to get laid through socialist intellectual meetings rather than through OkCupid or Tinder. Perhaps you could join a Jacobin reading group? Better yet, if you can swing the airfare sometime, the journal Historical Materialism holds an annual conference (usually in London) that is also a massive and perverse sex party. You may think I’m joking, but I swear I am not.

So there’s this dude. And, of course, he’s white and charismatic, because this is “progressive” politics. He loves to take ALL the credit, and then he rebuilds a narrative out of half-truths to make himself and his team the heroes. What’s worse than his self-promotion is that people are starting to taking his manufactured narrative on how to build a campaign and use it as a working blueprint. What’s the best way to handle this kind of dude (or woman) in progressive organizing? Where’s the line at which pushing back is harmful? Why do folks believe charismatic dudes?
—Struggling in Revolution Land

This goes on in our organizations all the time. As historian Sara Evans documents in her book Personal Politics, the second-wave women’s movement began in the late 1960s at least in part because women in the civil-rights movement and in the New Left were so annoyed by the male entitlement they encountered.

Then, too, there is so much pessimism on the left, and our movements attract many people who are seriously awkward and off-putting. No wonder, then, that when the charismatic dudes come along, with their confidence and their optimism, we believe in them. We want to.

Priscilla Grim, a longtime Occupy activist, points out that class is at work here, as well as race and gender: When upper-class people—as you rightly note, this problem is not limited to men—get involved in left activism, they often act as if they own the movement. Grim also points out that many activists are passionate people, often young, and such intensity can misfire. “You have to allow for that,” she says.

With care, it is possible to shape such people into activists whose social capital and skills benefit your movement. Sitting down with Charismatic Dude and praising his contributions, while also explaining why some of his actions are not helpful, might be a good start. Perhaps he doesn’t realize how much he’s alienating some important allies, since he’s hearing only from fans and acolytes, and perhaps being showered with praise by the often-gullible left media. If a conversational approach like this doesn’t work, beware: He may be too narcissistic to reflect upon, let alone change, his behavior. Alternatively, the two of you may have ideas about political strategy and organizing that are too deeply at odds to coexist in the same group or even movement. In that case, you may have to stop working with him, and encourage others to view him more skeptically.

Do not execute this break, however, by calling him out publicly, whether on Twitter or through the conventional media. Don’t send an e-mail, either, unless you want some drama queen to take a screenshot of it, allowing your concerns to become a viral source of outrage crack for people who don’t know any better. Instead, let critical allies in your movement know what’s happened by picking up the phone, calling them, and calmly explaining why.