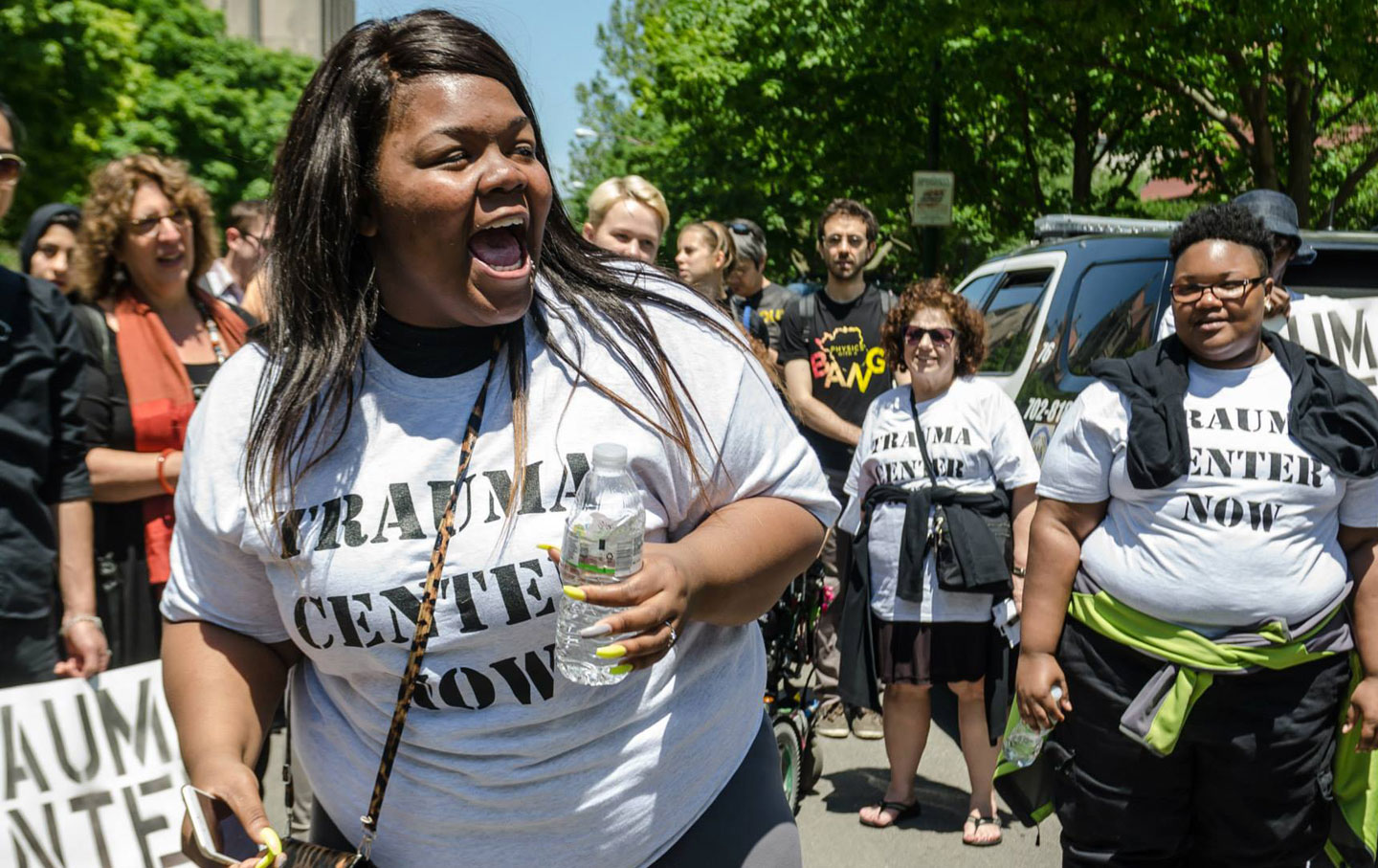 This post is part of The Nation’s biweekly student movement dispatch. As part of the StudentNation blog, each dispatch hosts first-person updates on youth organizing.

On May 28, after nearly a year of organizing, interns at the American Federation of Teachers won union rights. With wages below the labor movement’s public living-wage standard of $15 per hour, which doesn’t cover rent and expenses in Washington, DC, and without access to health insurance, we knew that working-class students without outside support didn’t have access to internships at the AFT—and we thought that it was time the labor movement led by example. We talked to our coworkers about what was and wasn’t working in their internships and, more importantly, how we felt we fit into the bigger picture of the labor movement. We hope that by organizing successfully, we can encourage interns and young workers to do the same and, by partnering with OPEIU Local 2, anchor our movement in the long-term stability of a union with strong relationships with progressive employers. When our first contract is bargained, it can be used as a blueprint and organizing platform for what internships can and should be.

On February 20, the Massachusetts Commonwealth Employment Relations Board ruled emphatically in favor of the right of peer mentors at the University of Massachusetts–Amherst to unionize and called for an election to determine if a majority of peer mentors desired to be included in the RA bargaining unit and represented by UAW Local 2322. On April 14, peer mentors participated in a mail-in secret-ballot election, where we voted 47-2 to join the union. On June 3, we had our first bargaining meeting with management.

On April 21, the University of Washington responded to pressure from student and worker organizations, including UW United Students Against Sweatshops, by raising the minimum wage for all student workers to at least $11 per hour. The raise was announced following a lively “Hungry for Justice” protest organized by the Reclaim UW coalition inside a Board of Regents dinner. This victory affects more than 2,600 student workers as well as 70 non-student workers earning less than $11 per hour. Moving into the summer, students and workers will continue calling on the UW, the largest employer in Seattle, to follow the Seattle minimum-wage ordinance by paying workers at least $15 per hour by 2017. We will also continue to pressure the UW to comply with student and worker demands for a more equitable campus.

On June 4, nine #TraumaCenterNow activists, including five University of Chicago students and alumni, began a sit-in in the lobby of the school’s main administration building. Our demand was to meet with President Robert Zimmer to discuss the lack of trauma care on the South Side. Because the university has refused to open a Level I trauma center, victims of violence on Chicago’s predominantly black South Side—which saw more than its share of the 1,000-plus shootings citywide this year alone—must be transported over 10 miles for treatment. In the five years that community members, students, clergy, and nurses have been pressing the university to meet this need, President Zimmer has refused to meet with us even once. Two hours into the sit-in, the Chicago Fire Department broke down walls and windowsto reach the protesters, who were arrested by University of Chicago police and held in lock-up for 48 hours before being charged and released. The next day, 150 #TraumaCenterNow activists and supporters disrupted a university alumni-weekend ceremony, staging a die-in at the feet of President Zimmer to press him to acknowledge racialized healthcare inequity.

On June 4, 12 graduating University of Chicago seniors donned caps and gowns a week early, staging a sit-in at our admissions office to protest a budget that will lay off low-wage workers, cut student jobs, and raise tuition. Amid the school’s $4.5 billion capital campaign, the new budget demonstrates its consistent prioritization of corporate interests over those of its students, workers, and community. The seniors sat in for five hours, after which they were told that remaining in the building would prevent them from graduating, pending a later disciplinary hearing. We did, however, have one of our demands met—a meeting with the administration to address Title IX violations—and plan to continue fighting UChicago’s corporate priorities with our newly launched campaign, Fair Budget UChicago.

6. In Arizona, an Apache Stronghold

Since February 7, Apache people and allies have been occupying the sacred Oak Flat near Superior, Arizona, in protest of development plans by Resolution Copper, a copper-mining company. Over the spring, we have campaigned against a deceptive maneuver to incorporate the takeover into the federal National Defense Authorization Act in December—and the role of mining corporations like Resolution Copper in destroying lands sacred to the Apache people and all Native people, stripping us of our identity and future. In July, we will be taking the fight to Washington with a protest at the Capitol. We are calling for national support for a repeal of the land exchange in the defense bill. Our ancestors fought for us to live; as young people, it is our turn to do the same.

At a town-hall meeting on Thursday, March 30, students challenged the Saint Louis University administration, including SLU’s new president, to remove a piece of campus artwork called “Where the Rivers Meet.” The statue depicts Jesuit missionary Pierre-Jean De Smet towering over two Native Americans, honoring a history of white supremacy and colonialism. This action follows a series of efforts condemning the art’s lack of historical context and cultural sensitivity. During the historic campus-city wide protest OccupySLU in October that led to the Clock Tower Accords, a Ferguson activist posted a viral tweet with a picture of the statue; shortly after the town-hall meeting, another student wrote an article in the student-run newspaper calling it out. On May 20, the university relocated the statue to the St. Louis University Museum of Art.

On June 11, the Providence Student Union won free transportation to school for 1,000 high-school students in Providence, Rhode Island. Last year, PSU won free bus passes for 800 students and pushed every mayoral candidate—including now-Mayor Jorge Elorza—to commit to expanding passes for 1,000 more. After Elorza failed to include these passes in his proposed budget, we rallied at City Hall for a full week, chanting “Keep your promise!” and marching 60 laps around the building to symbolize the distance students must walk every day. After we met with the mayor and the city council president and testified at the council, the budget was changed to meet our demands starting next school year.

On May 23, the Right to the City Alliance, Students for Housing Justice at the New School, the Metropolitan Council on Housing, and the Cooper Square Committee mobilized a New York City Renters’ Assembly in Sunset Park, Brooklyn. More than 90 students, tenants, community members and housing organizers came to the event and shared insight on the mayor’s contradictory plans to increase affordable housing while implementing rezoning that favors developers over community development initiatives; the fight to protect our rent laws and repeal vacancy decontrol; racism in US and local housing policy; and incidents of police brutality against rent strikers in communities like Sunset Park. This assembly is a part of a series of renters’ assemblies that Right to the City is coordinating across the country—from Portland to Los Angeles to Jackson. Our goal is to build our power to win renters’ rights and gain community control of land and housing in all our cities.