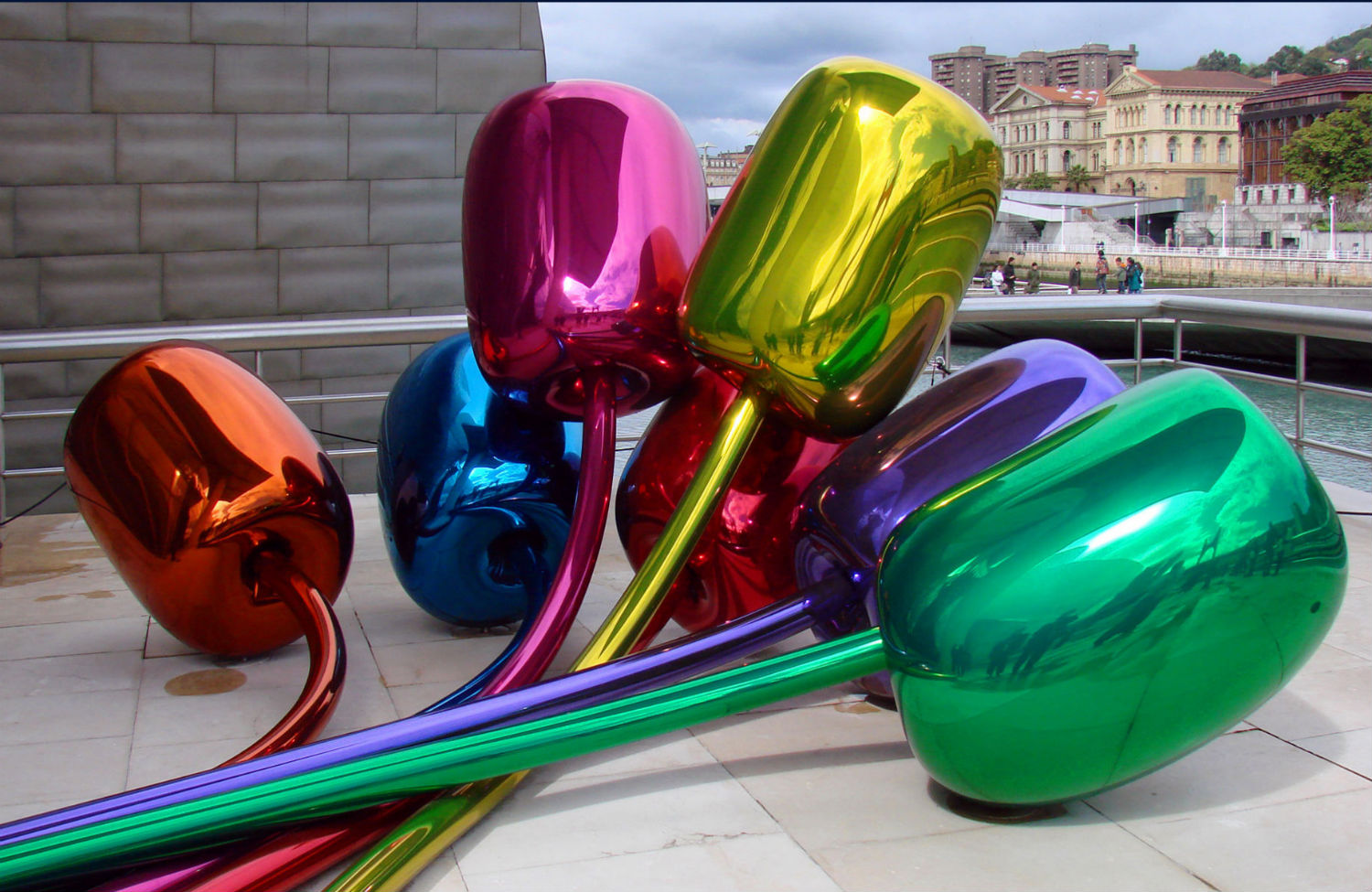 In the current issue of The Nation, Barry Schwabsky reviews the Jeff Koons retrospective currently on exhibition at the Whitney. “The survey of his message of hope,” Schwabsky writes, “left me feeling hopeless. I’m just not good enough at being the disinterested viewer to find myself cheered by a cheerleader for the neoliberal economy, no matter how brilliantly inventive.”

Similarly, in a review of the 1989 Whitney Biennial, the late American philosopher and longtime Nation art critic Arthur Danto skewered a solo Koons exhibition of that year as “a vision of an aesthetic hell.” An excerpt from that essay is reprinted below.

In the waning weeks of 1988, it was impossible to meet an art-worlder who was not burning to know what one thought about IT. IT could refer to nothing but the Sonnabend Gallery exhibition of recent works by Jeff Koons, a young and fiercely entre­preneurial artist who stood, it was re­ported, to gross $5 million if, as seemed likely, he were to sell out that show and two others exactly like it being held con­currently in Cologne and Chicago. A fair amount of critical boilerplate had been generated in response to Koons, all of it of the tiresome order that speaks of commodification, simulacreation and late capitalism—categories that apply, unfor­tunately, to so many things that it would be difficult to explain on their basis the peculiar frisson felt by those who attend­ed this show. “A new low” is what Hilton Kramer of course wrote, but he writes in much the same way on just about every­thing (“depressing,” “distressing,” “ap­palling,” “sad!”), and like a broken clock whose hands point always to the same black hour, is irrelevantly predict­able and critically useless: You can always tell what time it says (“later) but never what time it is. But even those who are immeasurably more responsive to the serious issues posed by contempo­rary art were airing a question that I thought long dead: Is it (is IT) art? And it struck me that the one sure formula for artistic success in New York is to produce a body of work that causes those who think they have seen every­thing to wonder afresh whether some important boundary might not have been transgressed.

The boundary between art and nonart appeared to me sufficiently elastic that it could easily contain most of what I had seen up to then of Koons’s work. The 1987 Whitney Biennial, for example, displayed a fishtank in which two basketballs were immersed and a somewhat prophetic stainless steel replica of a plastic bunny. It was explained to me with great patience that it is exceedingly difficult to partially immerse basketballs as Koons had learned to do by consulting with engineers from M.I.T.; I had read of a collector who, having purchased one of these works, was thrilled that Koons had agreed to install it himself. But neither this misapplied technical virtuosity nor the vapid steel bunnikin would be enough, in 1988, to arouse a vexed query as to their arthood. It was plain that something more powerful, more threatening, even, was drawing the glazed and jaded of the art world, almost against their aesthetic will, to Sonnabend’s for a perverse flutter. In the Republic, Plato writes of Leontius, son of Aglion, who once glimpsed some corpses of executed men: “He felt a desire to see them, and also a dread and abhorrence of them; for a time he struggled and covered his eyes, but at length the desire got the better of him; and forcing them open, he ran up to the dead bodies, saying, ‘Look, ye wretches, take your fill of the fair sight.” This earliest discussion of what the ancients termed akrasia, or weakness of will, fit the common conflicted attitude of the art world to perfection in the case of Koons. I knew I was in for something morbid when, out of a pretended sense of critical duty, I paid my visit to “the fair sight.” I found the things terrifying.

There is an order of imagery so far beyond the pale of good or even bad taste as to be aesthetically, and certainly artistically, disenfranchised. Objects that belong to it are too submerged even to be classed as kitsch, for kitsch believes itself to be the high taste it instead pathetically parodies. I am referring to such things as cute figurines in thruway gift shops; the plaster trophies one wins for knocking bottles over in cheap carnivals; marzipan mice; the dwarves and reindeer that appear at Christmastime on suburban laws or the crèche figures before firehouses in Patchogue and Mastic; bath toys; porcelain or plastic saints; what goes into Easter baskets; ornaments in fishbowls; comic heads attached to bottle-stoppers in home bars. Koons has claimed this imagery as his own, has taken over its colors, its cloying saccharinities, its gluey sentimentalities, its blank indifference to the existence and meaning of high art, and given it a monumentality that makes it flagrantly visible, a feast for appetites no one dreamt existed and which the art world hates itself for acknowledging. There was a figure of a man smiling with intolerable benignity at an armful of blue puppies that haunts me like a bad dream. The aggregation of rebarbative effigies at the Sonnabend Gallery was a vision of an aesthetic hell.

As it is the mission of the Whitney Biennial to display the leading artistic productions of the preceding two-year period, it was of course mandatory that this year’s show should include a representative sample of Koons’s latest work. There are three pieces: a porcelain girl, busty and lusty, smiling in rapture as she presses a Pink Panther toy to her bosom; a John the Baptist in a shaggy porcelain garment, smiling over a penguin and a piglet with gilded snout and trotters; and a stack of wooden barnyard animals in graduated sizes, with an immense simpering pig as anchor-brute. (Koons’s figures are executed for him by Italian craftsmen.) You will certainly want to see these preternatural vulgarities, if only for the pleasure of clucking over the state of an art world that hath such creatures in it. But their effect is somewhat muted by the circumstance of being shown with other things. Part of the aesthetic terrorism of the Sonnabend show lay in the fact that nothing was there except Koonses, so one had the scary sense that his killer chotchkes had taken over the world. Each augmented the presence of each and amplified its in­credibility. But at the Whitney, some­how, the objects have subsided into giant bric-a-brac, and this may be one of the costs of the necessary pluralism and the salon format imposed upon biennials, where Koons is just one among the main artists to have done something worth singling out over the past two years.