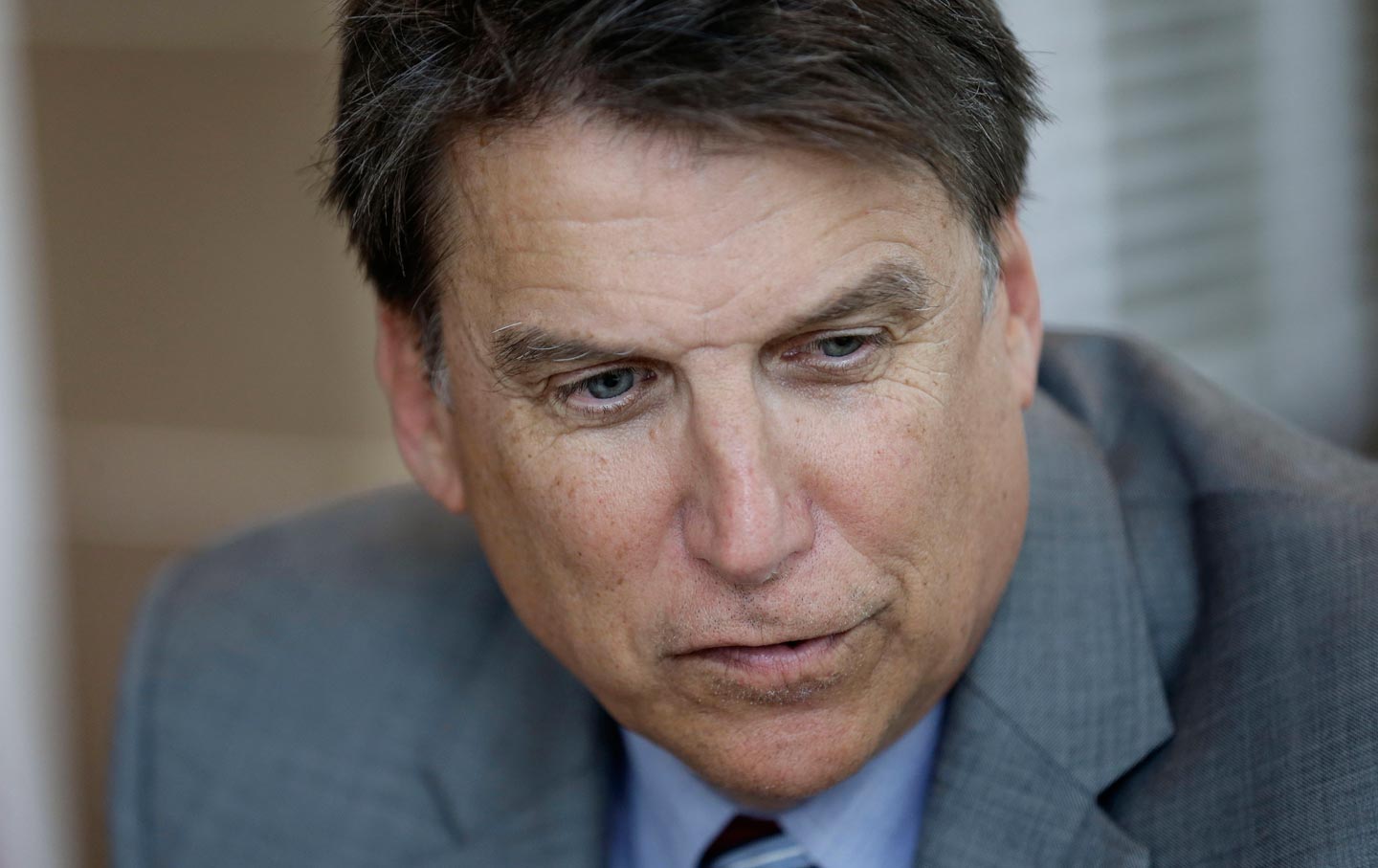 On election night, at the Marriott in Raleigh, North Carolina, what was supposed to be a victory party for Democrats turned grim as attendees slowly realized that both Hillary Clinton and Senate candidate Deborah Ross would lose, and that the GOP would retain its veto-proof supermajority in the State Legislature. Still, in the ballroom, one man gave a rousing victory speech: Mike Morgan, a black Democrat who managed to unseat a Republican justice on the state’s Supreme Court, tipping the court’s ideological balance from right to left. Another bright point appeared later that night when it became clear that gubernatorial candidate Roy Cooper, a Democrat, might eke out a win over Republican Governor Pat McCrory. 1

These are significant victories (though Cooper’s is still tentative; he leads McCrory by about 7,000 votes, with the margin growing as provisional ballots are counted). Next year, the State Legislature will redraw the state’s voting maps, after a court ruled that they’d been illegally gerrymandered along racial lines. The new districts will probably spark a legal battle, and the state’s high court could play a defining role in the dispute. As for the governor’s race, one of the most hotly contested in the country, McCrory’s loss would be a sharp rebuke to a conservative agenda that included restrictive voting laws and HB2, the discriminatory “bathroom bill.” 2

But now progressive groups are warning that Republicans may be considering intervening in both races to undermine the results of the election. Last week, the conservative John Locke Foundation argued that the Legislature has the authority to expand the high court by two additional justices, who could be appointed by McCrory during his final weeks in office. A confirmation vote could take place during a December special session, which McCrory is expected to call under the guise of passing an aid package related to Hurricane Matthew. This would tip the balance of power on the court back to the Republicans.3

The state chapter of the NAACP is already preparing a lawsuit in the event that the Legislature does try to pack the court. (Republicans in the General Assembly are sending conflicting signals about whether it’s really on the table.) “There is no justification for this. The court has had seven members since 1936, and there is no increase in the volume of cases that would dictate this,” said the Rev. William Barber II, the president of the North Carolina NAACP. “Clearly it is simply to engage in some form of legislative coup.” Barber believes court-packing would violate the Voting Rights Act; Wake Forest Law professor Harold Lloyd argues it could also violate the state Constitution. 4

Meanwhile, McCrory is crying voter fraud, and rumors are swirling that the Legislature may try to steal the election from Cooper. McCrory’s campaign has filed fraud complaints in more than 50 counties, which will likely delay the final election results until December. The complaints themselves appear to involve only handfuls of votes—not enough to close the gap between Cooper and McCrory, said Jen Jones, the communications director for Democracy NC. What McCrory’s complaints could do is spread doubt about the legitimacy of the election. And if the claims of fraud sow enough confusion about the outcome, it’s possible that the Republican-controlled Legislature could choose to intervene, and give the win to McCrory. State law gives the General Assembly the power to decide contested elections, though the provision has only ever been used once before. House Speaker Tim Moore, a Republican, said in an interview this week that the Legislature would get involved only as a “last resort,” but he did not rule it out. (Moore’s office did not return my request for comment.)5

Many of McCrory’s challenges were filed in counties with strong African-American political organizations, according to a statement from Melvin Montford, executive director of the North Carolina A. Philip Randolph Institute. “Calling these votes into question is an obvious effort to cast doubt on election results with no good reason to do so and disenfranchise black voters,” Montford said. As of Friday afternoon, Republican-controlled elections boards in several counties had dismissed McCrory’s complaints.

Republicans in North Carolina have a long history of meddling in elections and suppressing the black vote, as my colleague Ari Berman has documented. Between 1980 and 2013, the Justice Department objected to 155 changes that the state tried to make to its voting laws, while other plaintiffs won another 55 cases under the authority of the Voting Rights Act. Then, after the Supreme Court gutted the VRA in its decision in Shelby County v. Holder, the state passed the most aggressive package of voting restrictions in the country. That law imposed strict identification requirements, cut early voting by a week, and eliminated same-day registration—changes that “targeted African Americans with almost surgical precision,” according to the federal judge who struck down the law in July.7

Despite the rebuke from the court, county officials found ways to cut early voting anyway, after being urged to do so along the “party line” by state Republican Party executive director Dallas Woodhouse. The result was 158 fewer early voting sites this year compared with 2012, despite population growth, with the losses concentrated in heavily black counties. Black turnout fell by more than 8 percent during early voting, a fact the state GOP later bragged about. Election officials in three counties also tried to purge thousands of voters from the rolls, including a disproportionate number of black voters, but were stopped by a court order.8

Judge Morgan and, it appears, Cooper won despite those efforts to disenfranchise black voters. “Those victories are significant for the nation, especially right now,” said the NAACP’s Barber. He added that any legislative attempts to undermine them would be blatantly undemocratic. For now, these fears are speculative. But given the track record of McCrory and the GOP-controlled Legislature, they aren’t totally farfetched. “We are ready for all possibilities,” said Barber, “and we put nothing past them.”9