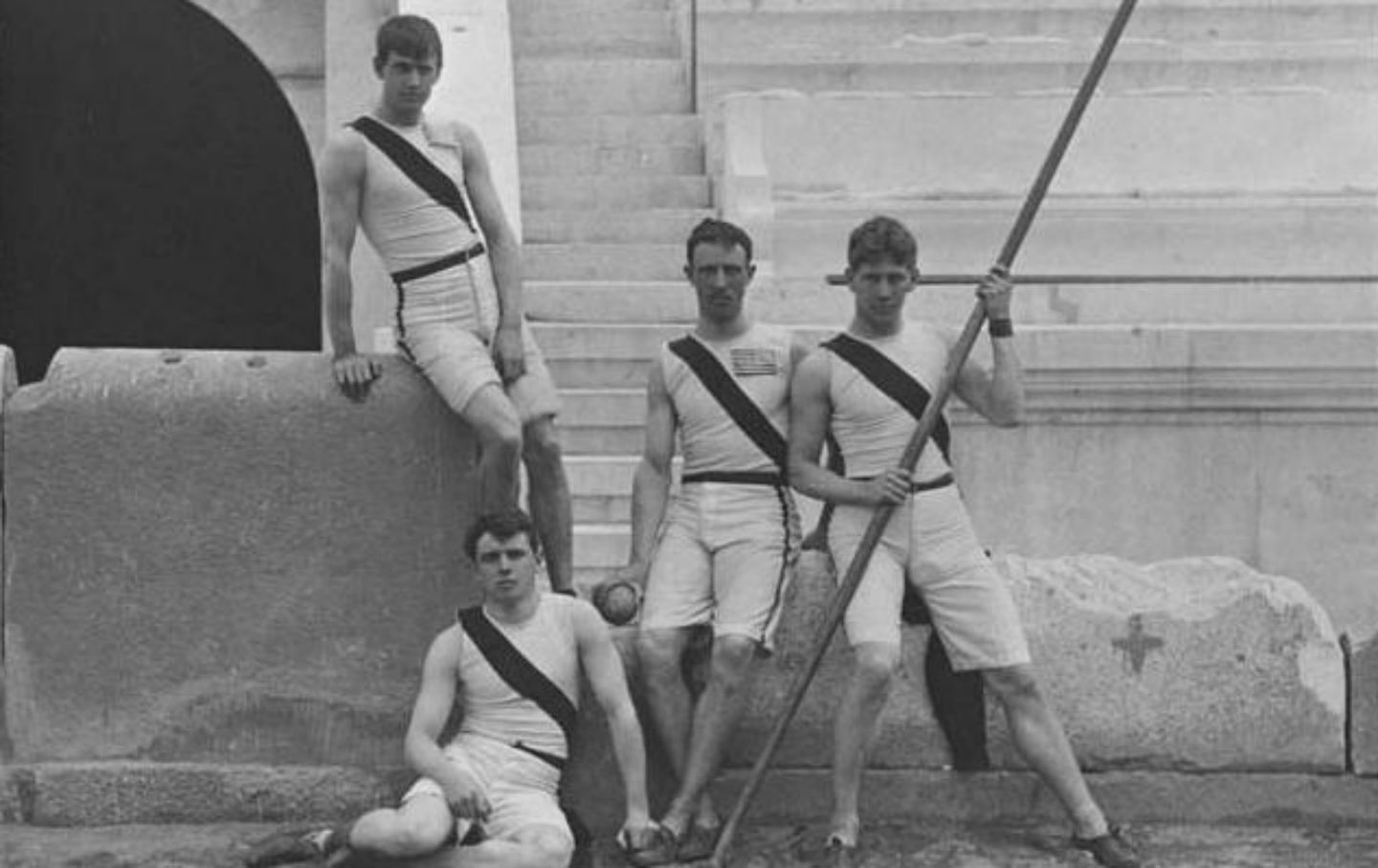 The idea for the modern revival of the Olympic Games is attributed to Baron Pierre Coubertin, who founded the International Olympic Committee in 1894. The natural choice for the location of the first Games was Athens. In the October 3, 1895, issue of The Nation, Demetrios Kalopothakes (a Greek journalist who had graduated from Harvard in 1888) wrote an article about the plans. In an 1889 letter, Helen Keller asks a Greek friend to send Kalopothakes her love.

At a time when the frivolous policy of the best of Greek statesmen has landed the Greek kingdom in the slough of bankruptcy, and done the whole Greek race incalculable damage in the respect of the outside world, the friendly readiness with which Americans have espoused the cause of this Athenian gathering of 1896 is doubly grateful to the Greeks, long oppressed with a sense of their political isolation. For, in spite of the international origin of the project, next year’s Olympic meeting is looked upon in Athens first and foremost as a Greek affair—an act of Greek hospitality to the civilized world, and hence an occasion with whose success Greek honor is closely bound up. The games are to be international, but in a distinctively Hellenic setting—on the storied plain of Attica, surrounded by immortal monuments of fame and unmatched vistas of mountain and sea, and by living representatives from every Hellenic city and colony throughout the world. Surely such a combination need not blush before the more stately and lavish magnificence of greater cities and wealthier nations; the immortal ruins of the Parthenon and the glorious Attic sky cannot be found or matched elsewhere.