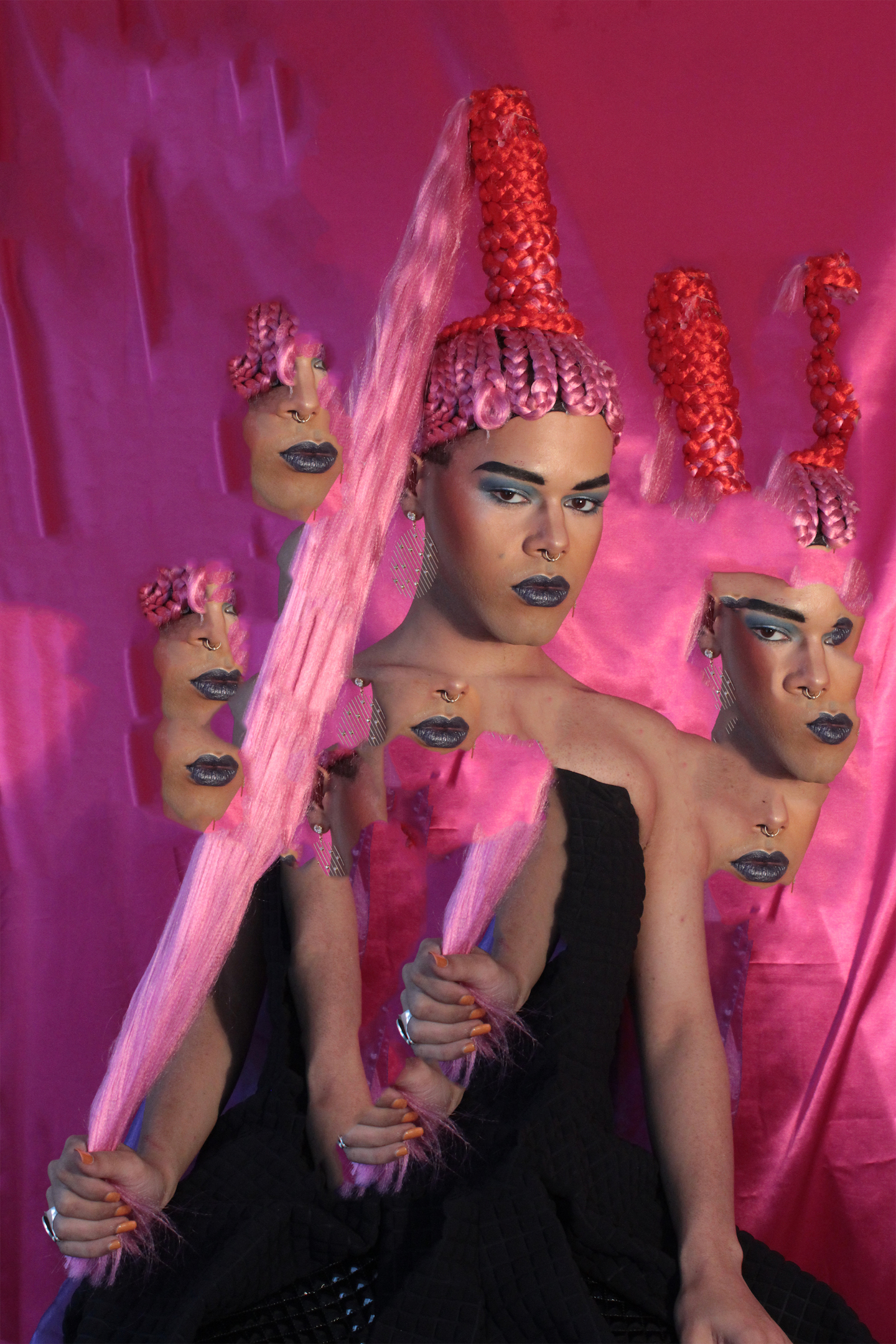 In the 1992 Robert Zemeckis film Death Becomes Her, Meryl Streep plays an aging actress who buys an elixir of youth from a powerful witch. Once she quaffs the glowing pink liquid, her skin unwrinkles, her age spots melt away, and her figure perks up. The actress passes a mirror on her way out of the witch’s castle and, upon seeing her rejuvenated body for the first time, squeals in delight, “I’m a girl!”

On Angel-Ho’s new album, also called Death Becomes Her, the Cape Town vocalist and producer echoes that line with a similar glee: “I can be your girl / In a stony world / I’ll be your girl / I am your girl,” she sings, her voice lifting in an ebullient rush on the final word. She also adds a possessive pronoun to Meryl’s exclamation and walks it through multiple tenses: I can be… I will be… I am.

A box-office disaster, Zemeckis’s film found a second life on the cult circuit, earning a dedicated queer fanbase with its campy depictions of vicious femininity. It’s one of the few Hollywood movies to posit femininity as a lofty ideal that all women, cis or otherwise, must asymptotically pursue. Death Becomes Her accepts that there’s nothing natural or inevitable about being a girl: It’s something you fight for, tooth and nail. Angel-Ho’s Death Becomes Her celebrates the often unacknowledged process of deliberate change behind that embodiment of “the girl.” Angel-Ho has spoken of the album as a document of “killing the old self” and “assuming my trans goddess”—excising what doesn’t fit, exalting what does.

She’s been working toward this point for some time. Her 2015 EP Ascension, mastered by her future-pop genre peer Arca, mixed twinkling synths with stuttering samples, chopping up the human voice and scattering the pieces in an alien landscape. On 2017’s Red Devil, mastered by Rabit, a queer experimental electronic producer, she exploited the harsher potentials of the synthesizer: its ability to set the ear adrift on a sea of ambiguous sound untethered to any physical object.

The history of the synthesizer as an apparatus for constructing trans sound worlds dates back to the late 1960s, when Wendy Carlos assisted Bob Moog, the inventor of the first commercial synth, in fine-tuning the nascent instrument. Carlos released the first blockbuster synth album, Switched-On Bach, early in her transition; it wasn’t until a 1979 Playboy interview that she came out publicly as trans. By then, she had introduced the flexible, futuristic sounds of the synthesizer to a mainstream audience by way of her classical records, played on Moog, as well as the score to Stanley Kubrick’s A Clockwork Orange. The instrument’s soft, malleable language is built on her pioneering work.

In more recent years, the synthesizer has notably served as a staging ground for a specific transfeminine musical vernacular: the detuned bass, spiny trebles, and sharp, tactile percussion heard on records by artists like Sophie, Fire-Toolz, and Arca. An instrument that generates new, strange, and hyperreal sounds from inside a black box, the synth has proved itself perfectly suited to excavating the nuances of queer and trans identities. Unlike the guitar or the drum kit, the synthesizer doesn’t produce sound from a visible hollow body. Its music is data or electricity made sound—an everyday alchemical miracle. 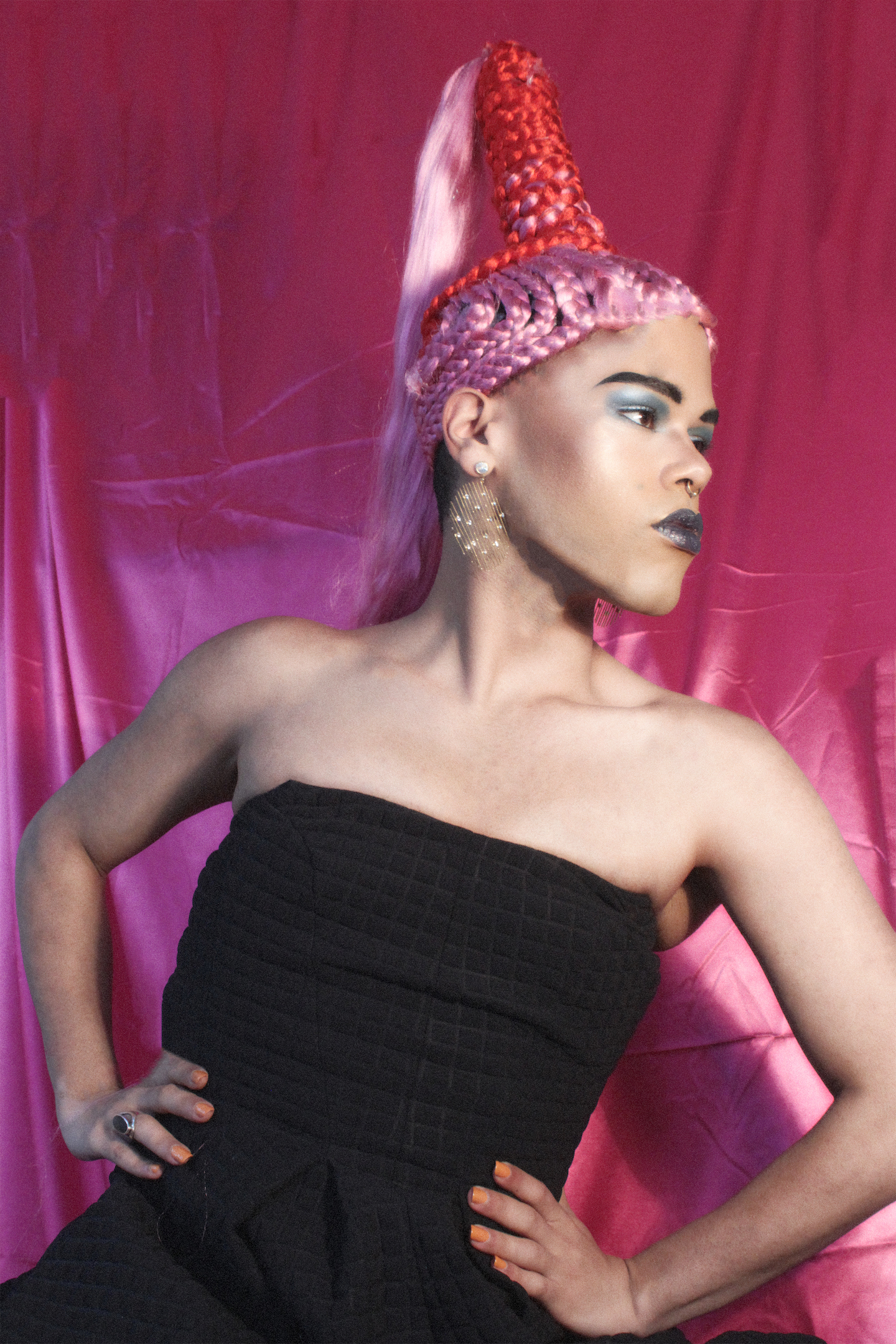 While Angel-Ho’s earlier mixtapes and EP focused almost entirely on the synth as a tool for articulating music from the margins, Death Becomes Her clears a space for the voice to shine, too. A handful of guest vocalists pop up throughout the record: Filipina-American artist K Rizz grounds Angel-Ho’s sky-high delivery on “Like a Girl,” while fellow Cape Town DJ K-$ raps on “Baby Tee.” “Safe space, baby / This is safe space,” he repeats, his voice a punctuative balm. A duet between two trans vocalists, “Baby Tee” opens a warm and playful dialogue centered on the body and its frictions, how it can be a site of both frustration and pleasure. “Dysphoria warrior / Not the typical / Disconnected from my body at times / But who isn’t, though?” K-$ raps.

In a recent interview, Angel-Ho noted a desire to expand the reach of her work, to train Death Becomes Her on a pop sound. “I was tired of making music that was only received by underground experimental music heads,” she said. “I wanted my music to be received universally.” Pop moments do gleam throughout the record; over restless and occasionally acerbic synthesizers, Angel-Ho navigates desire and joy in pop’s language of pleasure. Her voice bubbles and snaps on “Like a Girl,” multitracked to the point where she sounds like an entire girl group. Later, on “Muse to You,” she raps with an irreverent sneer and sings through a plastic vocal filter, roboticizing herself. “Dance around like Britney / Gimme more!” she demands on “Pose,” citing the millennium’s pop goddess at her most human: a lackluster 2007 performance at the VMAs where Spears danced perfunctorily, missed her steps, and barely lip-synced along to her single “Gimme More,” as if she couldn’t give a damn who was watching.

Amid a jumble of synth sounds on “Live,” Angel-Ho briefly quotes the Bee Gees’ most famous song: “Ha, ha, ha, ha / Stayin’ alive / Stayin alive!” The citation arrives in the middle of one of the album’s most idiosyncratic tracks: All the elements of a traditional pop song are present but disjointed. A detuned bass line arcs out into empty space. Instead of a four-on-the-floor drum beat, a distant metallic shuffle keeps loose time. And then Angel-Ho quotes that most sanitized of disco songs, a hit manufactured by a fading folk-rock band seeking to capitalize on a musical sensation birthed in primarily black and queer spaces. If the Bee Gees pilfered the new and magnetic pulse of disco and bleached it for the radio, Angel-Ho drags their enduring hook back into a strange new world of her own.

Angel-Ho’s claim that she intends Death Becomes Her to have universal appeal rings oddly, at first, given the often unrecognizable shapes of these songs. And yet by deploying the word “universal,” she is not simply suggesting that she has aimed her music at the Top 40; she is inscribing the terms of her own universe. With Death Becomes Her, Angel-Ho reorients pop language toward a process of surprise and constant becoming. The platitudes of straight music fall away; no easy choruses or comfortable resolutions arrive to soothe the listener. With a nimble hand on a chimerical vernacular, Angel-Ho forges together jagged musical fragments. Her universe does not unfurl according to grand machinations of authority, but stitches itself together with impeccable playfulness and collective spontaneity, one jumbled beat at a time.