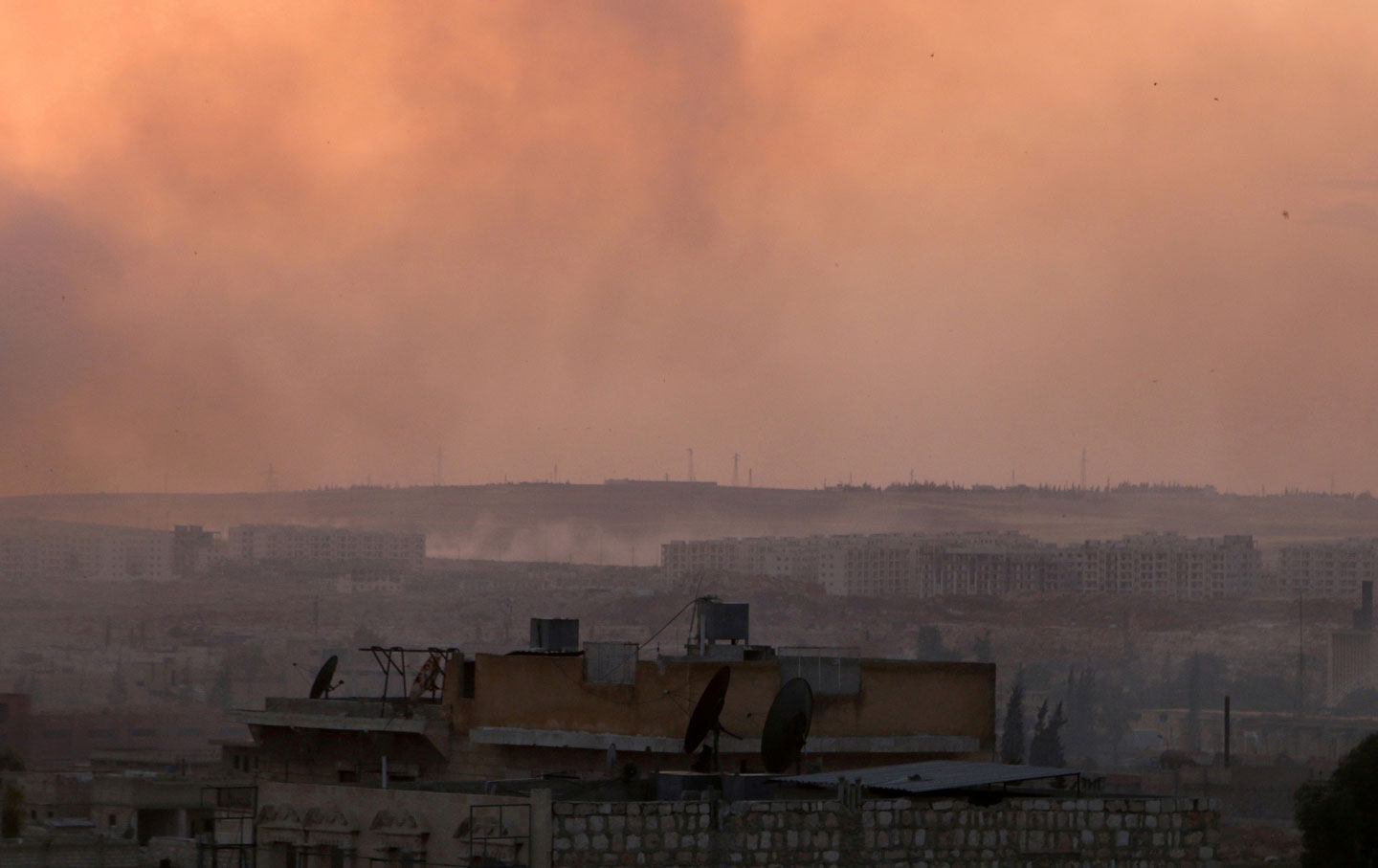 While the United States government was secretly preparing to bomb Syria, I was in my Siberian university classroom. It was the first day for a new group of third-year linguistics students. The seven young women were settling in when a young man stepped into the room and asked if he could visit the class. “I want to practice my English,” he said. I asked my students if it were OK, they agreed, and the class began.

After the class all told me something about themselves, I asked the stranger where he was from, as he was clearly not Russian. His name was Ali (the shortened version of an impossibly long name we had to beg him to tell us). He was a first-year medical student from Iraq. One of 40, he told us, and surgery would probably be his specialization.

I was pleased when he returned the next day so I could find out more, and before class I asked what town he was from. He answered, “Karbala. You know it is a very religious place, with the Imam, it is a beautiful city.” And I nodded my head politely rather than have it hang in shame. The truth is I knew nothing about Karbala.

When I got home and googled it, I realized Ali was also being very polite. He did not reference the most recent battle of Karbala, the one that took place during the US invasion of Iraq in 2003. The mention of his home city as a religious center added an element of anxiety as I proceeded with my lesson plan. I was introducing the 1950s, the first module in my course “American Culture During the Cold War: How Politics Influenced Culture and Culture Influenced Politics.” I talked about how Russian culture in the form of Malevich, Mayakovski, and Balanchine influenced American culture through the Abstract Expressionists, Frank O’Hara, and ballet.

Only Ali and one of the other students thought that verses without rhymes could be poems. “As long as it makes you feel something, it is a poem,” he declared. It was my presentation of the transition from Sinatra to Elvis that made me a little nervous thinking about Karbala, as I was not using the Ed Sullivan waist-up version of Elvis. Ali was the only one who had never heard of the King, but he liked him. At some point I remembered the other question I wanted to ask our guest: How did he like Siberian winter? He didn’t like it but it wasn’t as bad as he thought it would be. “You get used to it,” he said.

I asked if he had cross-country skied, and he hadn’t. I lectured that he was missing one of life’s great pleasures, skiing through a silent, snowy Siberian forest, and suggested he and his 39 countrymen establish the Iraqi ski club next winter. One of the students, Christine, who spent the break talking to Ali, suggested they try snowboarding instead. The class ended with a short intro to next week’s lesson about the 60s: two minutes of Kennedy’s inaugural address. I was moved as always by the “Ask not what your country can do for you, ask what you can do for your country” portion that, unbeknownst to me when I first heard it as a 6-year-old, would become the guiding principle for my life’s work.

This was the second time Kennedy appeared in my classes this week. I am currently teaching my senior students how to negotiate and used the Cuban Missile Crisis as an example. I described how JFK held back the generals who were pushing for a strike while he asked his team for more options. The blockade, the back channel, the blink, and the secret deal. I explained how the deal was possible because Kennedy believed that anything was better than war, respected his opponents, and understood that negotiating means you have to give something. And I was reminded of a stanza from “Khrushchev is coming on the right day!,” Frank O’Hara’s poem in honor of Khrushchev’s much ballyhooed 1959 visit to New York:

last night we went to a movie and came out,
Ionesco is greater than Beckett, Vincent said, that’s what I think, blueberry blintzes
and Khrushchev was probably being carped at
in Washington, no
politesse

When I woke up this morning and heard about the US tomahawks striking Syria, I thought about another part of Kennedy’s speech. It was made less than a year after Khrushchev’s American adventure, but there was no carping and great politesse as Kennedy assumed the presidency at the height of the Cold War:

Let both sides seek to invoke the wonders of science instead of its terrors. Together let us explore the stars, conquer the deserts, eradicate disease, tap the ocean depths, and encourage the arts and commerce.

Those words are both inspiration and prayer today. I think first about Ali and wonder what it must have been like for him as a small boy 13 years ago when the bombs started falling. And then I think about the miracle of us together in a Siberian classroom with seven young Russian women, talking about Elvis and Sinatra and Jackson Pollock, and consider the possibility of Kennedy’s dream fulfilled.