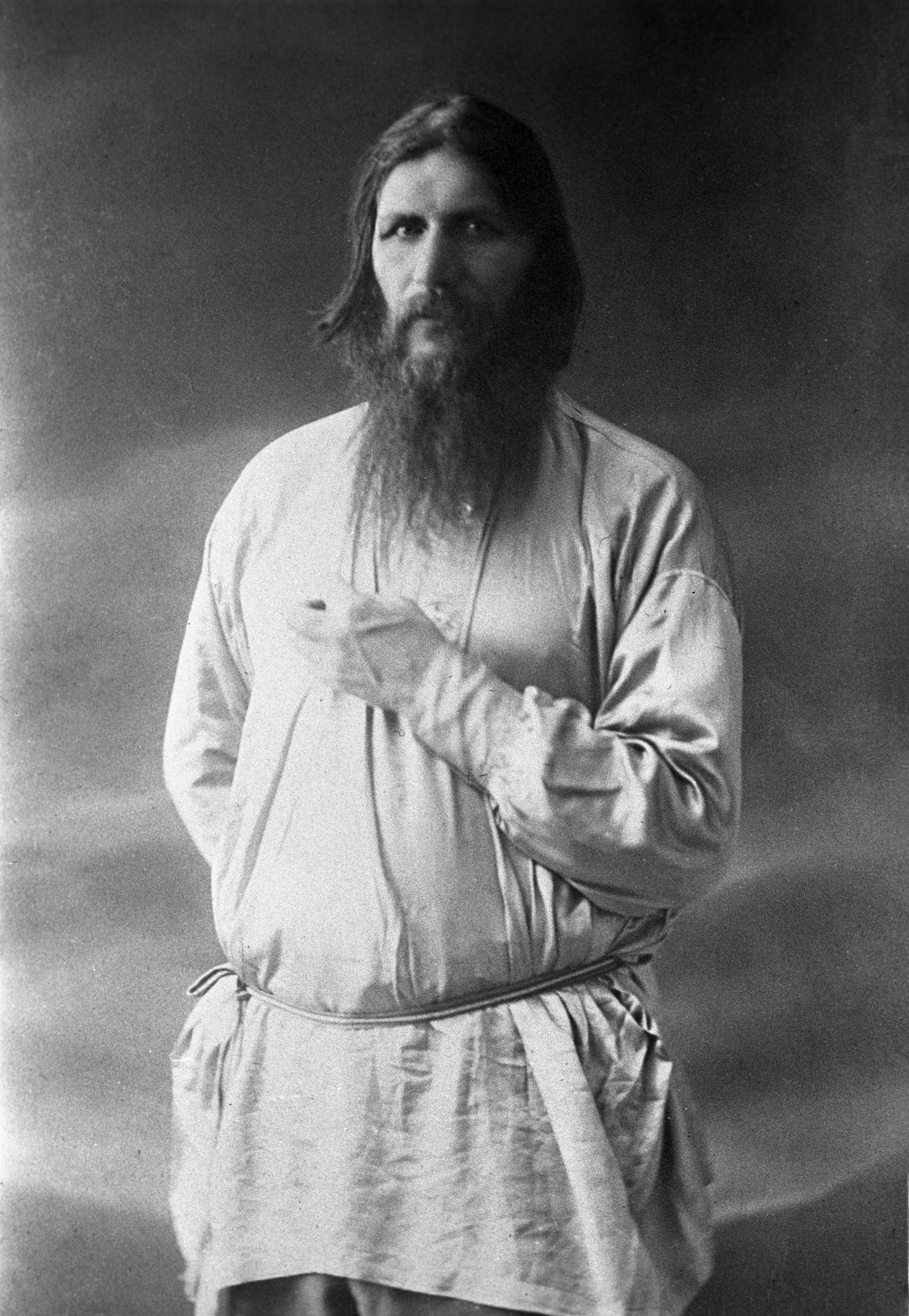 A throne’s appeal is obvious. Who, given the opportunity, wouldn’t find fulfillment in winning an election, making the play that clinched a Super Bowl, or reveling as an entire stadium of fans throw their heads back to scream your lyrics? Behind every president, pop star, or quarterback, though, there are those who seek to control events through the manipulation of a figurehead, exercising all of the power with none of the accountability. In No One Man Should Have All That Power, journalist Amos Barshad labels these rogue operators “Rasputins,” after the infamous mystic thought to have exercised “untoward control” over the last tsar of Russia.1

No One Man Should Have All That Power: How Rasputins Manipulate the World

Barshad is a former staff writer at Grantland and The Fader, and, as he writes in his introduction, though much of his work at those outlets focused on pop culture, he has nevertheless “been exploring this kind of control” throughout his career. To formalize his inquiry, Barshad lays out a schema for identifying Rasputins that’s capacious enough to ensnare just about anyone with some proximity to power. Beyond their taste for secrecy, Barshad believes a Rasputin’s “control must be controversial,” “they must have enemies,” “they must attempt to execute a personal agenda,” and, crucially, “they must lack the abilities” to achieve greatness on their own. Barshad admits that not all the Rasputins he goes on to describe “encompass all of the traits of the Rasputin. But they all will reflect some piece of him.” “Some” being the operative word.3

Several of Barshad’s less immediately recognizable Rasputins do indeed come across as carbon copies of the original mad monk, none more than Choi Soon-sil, whose clandestine, occultish manipulation of Korean President Park Geun-hye, once revealed, led to nationwide protests and both women’s imprisonment. Barshad’s pop-culture Rasputins, on the other hand, have more in common with the tsar than with his shadow. Scooter Braun may owe his career to a previously unknown teenybopper he found on YouTube, but he still managed to pivot from facilitating Bieber’s rise to becoming one of the music business’s leading tastemakers. This is the guy who catapulted unlikely hits like “Gangnam Style” and “Despacito” to worldwide acclaim. Sure, he lacks the musical ability of Kanye West (another onetime client), but he’s hardly a faceless Svengali.4

Similarly, Barshad’s framing of Stanley Kubrick—easily one of the most lauded film directors in history—as a Rasputin is puzzling. Kubrick was indeed a genius for manipulating once-in-a-lifetime performances out of his actors, but the job of a director is worlds away from that of an informal adviser to a prime minister. And if Kubrick was the Rasputin to Tom Cruise in Eyes Wide Shut, why is it not New England Patriots coach Bill Belichick who plays the role of Rasputin to Tom Brady, rather than the quarterback’s trainer? “A coach like Belichick is ultimately beholden to the limits of the game,” Barshad writes—was Kubrick, then, not similarly beholden to the limits of moviemaking, however personally invasive his approach? 5 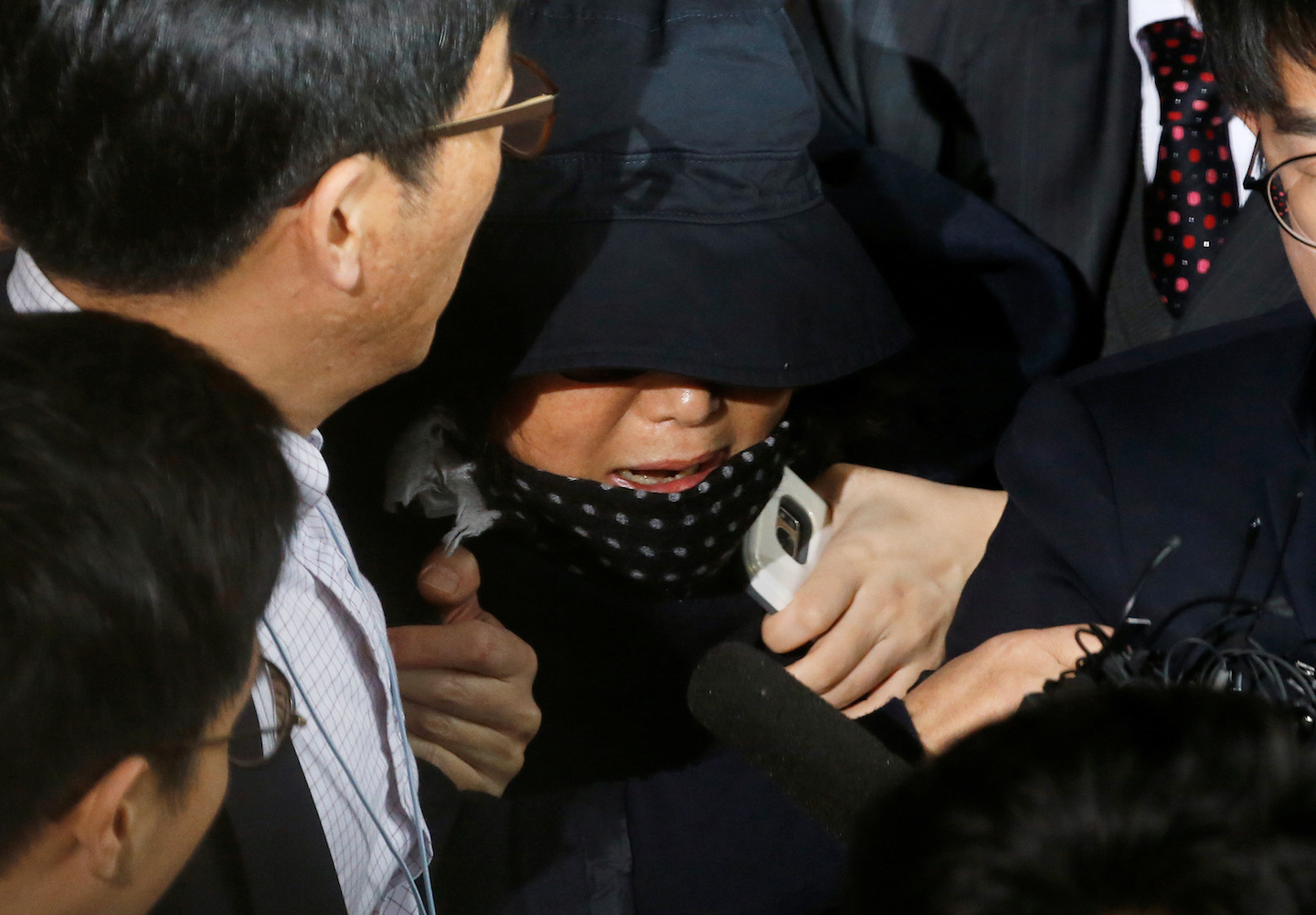 Such questions hardly dissipate when Barshad pivots from music and movies to extremism, seeking to understand Rasputinism at its most damaging. Denis Cuspert, a German rapper who briefly became a central figure in propaganda and recruiting videos for the Islamic State, is Barshad’s main focus here, an unconvincing proxy for his other principals. Even if Cuspert was “something like a pop star of jihad” (as a spokesperson for an intelligence service tells Barshad), there’s no evidence to indicate he maintained a relationship with the man who radicalized him after he’d left Europe. And though Islamic State recruiters are undeniably controversial, conniving, and secretive, their role is so central to the destructive project of Islamist violence that their work can hardly be said to be carried out by a “personal agenda” or a lack of an ability to fight themselves.6

Inconsistencies muddy Barshad’s argument but are ultimately beside the point. Lurking behind all the analysis of Rasputin-ing is a more crucial question: “Who holds power and how did they get it?” Whatever similarities Barshad is able to trace between Rasputin and the literary editor Gordon Lish or Enedina Arellano Félix, the “Narcomami” of a Tijuana cartel, each portrait provides an incisive dissection of the acquisition and maintenance of power. 7

Though Lish is most associated with hacking up the work of Raymond Carver into the spare short stories for which he is renowned, in his chapter on the editor, Barshad also focuses on Brian Evenson, who once wrote about a call he received from Lish in grad school offering to turn him into “one of the best writers of my generation” if only he would “abandon everything and move to New York to take his writing classes.” “It was very convincing,” Evenson tells Barshad. “You’re hearing that speech and you’re hearing ‘I can be famous.’ But the thing that you should be hearing is, ‘I can make you famous.’”8

Lish’s influence rested on his ability to play to an aspiring writer’s ego while at the same time positioning himself as the gatekeeper who could admit novelists like Evenson into the literary canon they aspired to. Conversely, the source of Arellano Félix’s authority is her savvy manipulation of the patronizing treatment of women by the Mexican police. A journalist who has extensively reported on Arellano Félix’s cartel tells Barshad that Mexican law enforcement believes that “women should be protected.” That means Arellano Félix “does not have a warrant out for her. She is not being investigated. She is free because Mexicans believe that women have nothing to do with narcos.” 9

Where Does Truth Fit into Democracy?

Barshad’s fixation on Rasputinism leads him to dwell on the patterns of behavior shared by his subjects, but more often than not, it’s the eccentric and iconoclastic expressions of power he uncovers that prove more instructive about the forces that shape the world. And to his credit, Barshad readily acknowledges the fallibility of his book’s premise. When one of Rasputin’s biographers tells him the man’s “position at court was greatly exaggerated as a way of suggesting the bankruptcy of the entire Romanov political system,” it leads Barshard to reflect, “even Rasputin wasn’t a true Rasputin.” Still, he insists on the continuing relevance of the Rasputin figure, whatever the particulars of the source material: “It is the nature of their work—its shadowy ways—that makes them loom larger, ever more nefarious, in our imaginations.”10

Perhaps this belief in the enduring importance of the Rasputin is what drives Barshad’s attempts to dispel the puppet-master reputation cultivated by some of his subjects. He traces the ascent of Steve Bannon from second-tier conservative blogger to White House adviser and summarizes the excesses of his year in the West Wing—most exemplified by Time labeling him “the Great Manipulator”—before concluding that Bannon was too infatuated with his growing renown as a mastermind to actually wield all that much influence. Trump is often derided by the left as a stooge of his reactionary advisers, but Barshad demonstrates that the malleability of his ideology can, somewhat counterintuitively, explain why “he has not fallen under any one manipulator.” “Trump is utterly willing to be yanked forward by the last person he speaks to,” though “the last person he speaks to is constantly shifting.”11

That Barshad is able to move so fluidly between pop culture, politics, narco-trafficking, and radical Islamism marks his reporting with applaudable equanimity. In his eyes, power dynamics exist everywhere, and thus each manifestation must be considered with equal gravity. Such a wide-ranging approach is undeniably refreshing. However overdetermined Barshad’s framing around Rasputinism, the opportunity it provides him to throw such disparate figures into the same conversation can’t help but encourage readers to reexamine their assumptions about who chases power and why.