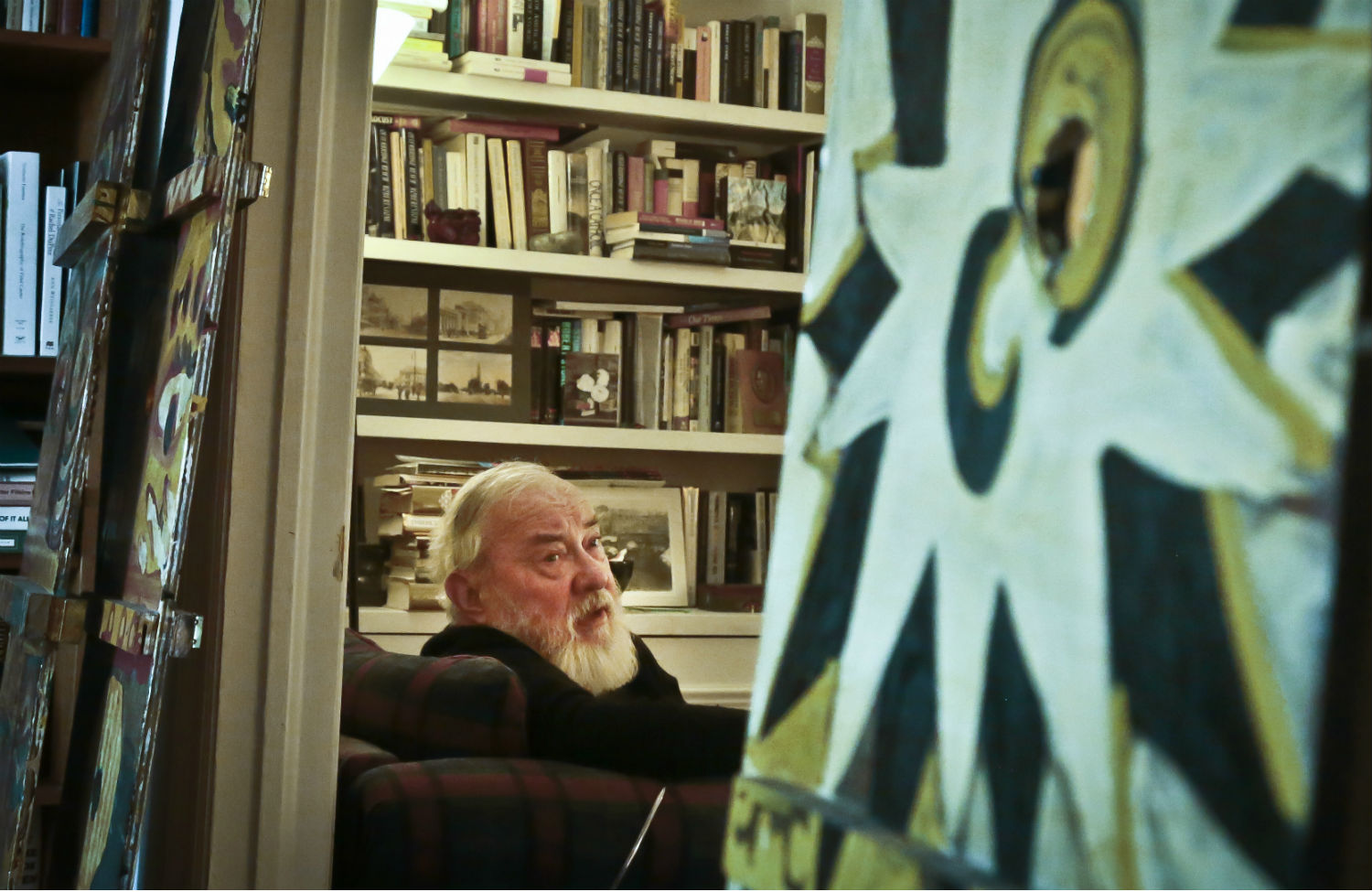 The acclaimed novelist Robert Stone died this week at 77 years old. One of his greatest critical champions was the late John Leonard, onetime literary editor of The Nation, whose 1992 review of Outerbridge Reach began as follows:

Call him Ishmael. Robert Stone returns from Melville and the raptures of the deep to tell us that God and history are both dead, America is sinking fast and manhood itself may be terminally diseased. America and manhood have always been his texts, through which looks, with a burning eye, for watermarks of larger purpose, coded meanings. Stone might leave the country (for Vietnam, for Central America, even Hollywood or Antarctica), but it’s America confounded that he finds wherever he goes. And although there are plenty of women in his novels, they are doped to the gills, or tortured to martyrdom, or hang themselves and drown, while a man stands around construing his failure to heroize. It’s as if this erstwhile Merry Prankster book by book were working his way backward, out of Mailer and Hemingway, until, of course, he arrives at Melville’s Isolato. Like Ahab, Stone hounds God—and discovers His absence.

Later in the review, Leonard wrote that “the last couple of hundred pages of Outerbridge Reach” were “as dazzling as anything in American literature.”

John Leonard’s review can be read in full here.

Stone’s next novel after Outerbridge Reach, Damascus Gate, was reviewed in the Nation of May 11, 1998, by Todd Gitlin, whose review began:

It would be much too simple to say that a lot of Robert Stone’s characters are stoned. Drugs are only their turnstiles. They get stoned, also, on going places they don’t belong but can’t stay away form. In six novels now, one of the major oeuvres in American letters of the past three decades, Stone is obsessed with the spiritual desperadoes, the overreachers, the uneasy riders, those who are tempted to go too far out—to madness, riches, prizes, revolution, whatever they find out too late they can’t get. These zealots are seekers at the end of their dope, stoned on freedom, jumping at chances to squander everything dear in exchange for something ineffable, searching for some transcendence that will leave unbelievers sprawling in the dust. The resulting tragedies take place in a Stone Country consisting exclusively of edges—New Orleans, Vietnam, California, Central America, Mexico’s West Coast, the open Atlantic. All but the last (from Outerbridge Reach) are furiously hot places, Boschian infernos where only outsiders dwell, and then only on the sufferance of the demons who diddle and drive them. The guilty and the innocent are lashed together, having been parachuted into a moral wilderness, left to deal obscurely in blasted landscapes under skies so big and empty they drive the weak to kill. It is as if Graham Greene were on street drugs, graced with a lyrical gift and a genius for dry anticlimax all at once. Stone is an ecstatic of disillusion.

Gitlin’s review of Damascus Gate can be read in full here.