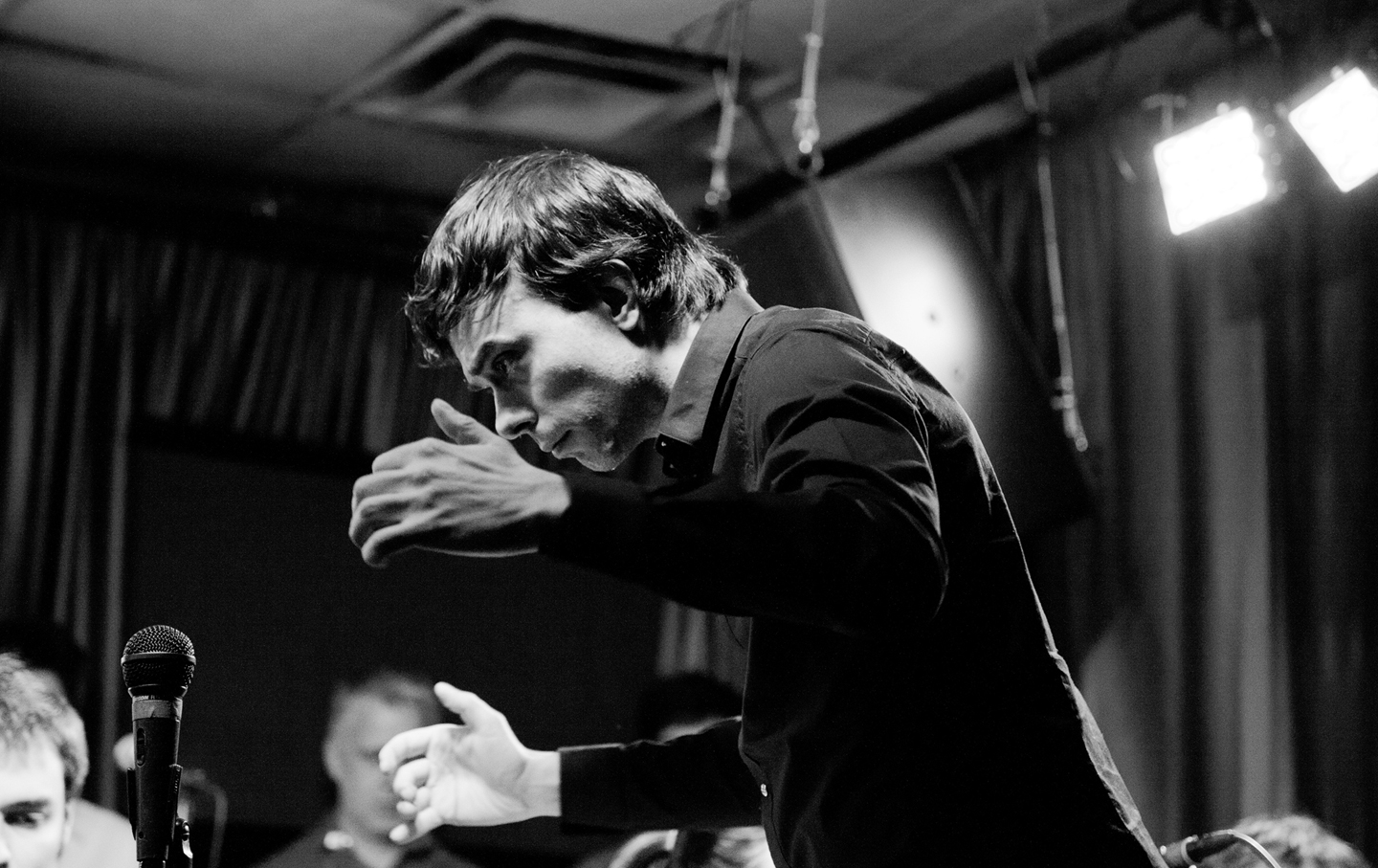 I cannot imagine a work in any art form that could evoke the particular madness of our time with more potency than Real Enemies, the album of jazz-orchestra music released this fall by the Brooklyn-based, Canadian-born composer Darcy James Argue. Conceived more than a year before this November’s presidential election, it was not intended as a statement on Trumpism explicitly. Rather, it was designed to explore the broader themes of cultural paranoia and false truth, which infuse the current climate and have laced through the history of American politics. Real Enemies is sweeping and meticulous, as serious as music can be, and, at the same time, a terrific thrill to experience.

Pop Progress: From the Beatles to Nicki Minaj

Argue efficiently established his reputation as a major musical voice with his two previous albums, Infernal Machines (2009) and Brooklyn Babylon (2013), both of which were composed for and recorded by Argue’s ongoing ensemble, the 18-piece band called Secret Society. The group, by nature of its instrumentation, qualifies as a jazz big band, though the music is not big-band jazz by a definition Count Basie or Buddy Rich would have used. The Secret Society rarely swings in the traditional way, though it can cook up a sly, churning funk groove when Argue wants it to. If Argue’s society of 21st-century virtuosos has a secret, it’s the fact that it could be a ballroom band with all the pizzazz of, say, Wynton Marsalis’s Jazz at Lincoln Center Orchestra, if it had a leader less creative and forward-thinking than Darcy James Argue.

As Argue has explained in interviews, he got the idea for his latest piece after reading a book his girlfriend loaned him, Real Enemies: Conspiracy Theories and American Democracy, World War I to 9/11, by the journalist and political historian Kathryn S. Olmstead. Argue drew further inspiration from Richard Hostadter’s landmark essay “The Paranoid Style in American Politics,” originally published in Harper’s Magazine in 1964. Indeed, Argue employs a portion of Hostadter’s text, adapted slightly, in a spoken-language segment read by actor James Urbaniak near the end of Real Enemies.

Other snippets of spoken language, clipped from recordings, play here and there throughout the work. We hear John F. Kennedy stoking dread of Soviet infiltration. Dick Cheney rants, and the late Democratic Senator Frank Church warns of the insidious effect of CIA-planted narratives abroad. The spoken language works elegantly as both text and texture, reminding us of the many colors of political and social fear—imagined, real, or more real than reality in the cultural imagination.

Musically, Real Enemies is dense, staggeringly ambitious, and unexpectedly, bravely witty. Much of the musical architecture is rooted in 12-tone theory but applied with a melodic sense and feeling for tonal harmony that keep the work grounded and accessible. Argue winks musically at the scores to conspiracy movies such as Klute and The Parallax View (both composed by Michael Small), and The Conversation and All the President’s Men (both by David Shire). Vintage synthesizers play deliciously cheesy riffs to p-tang, p-tang electric-bass lines straight out of a Lalo Shifrin soundtrack to a Mission: Impossible episode.

I don’t mean to suggest that Real Enemies is the least bit goofy or slight. Its primary effect is to make palpable the paranoid irrationality that has long bubbled through American history and is now overflowing around us. Its spots of droll humor keeps us from clicking the music off, holding us in place to confront the perverse satisfactions of conspiracy ever more deeply. This is truly great music grounded in the appeal of untruth, giving musical voice to the fact that the worst enemies we can imagine can become all too real.