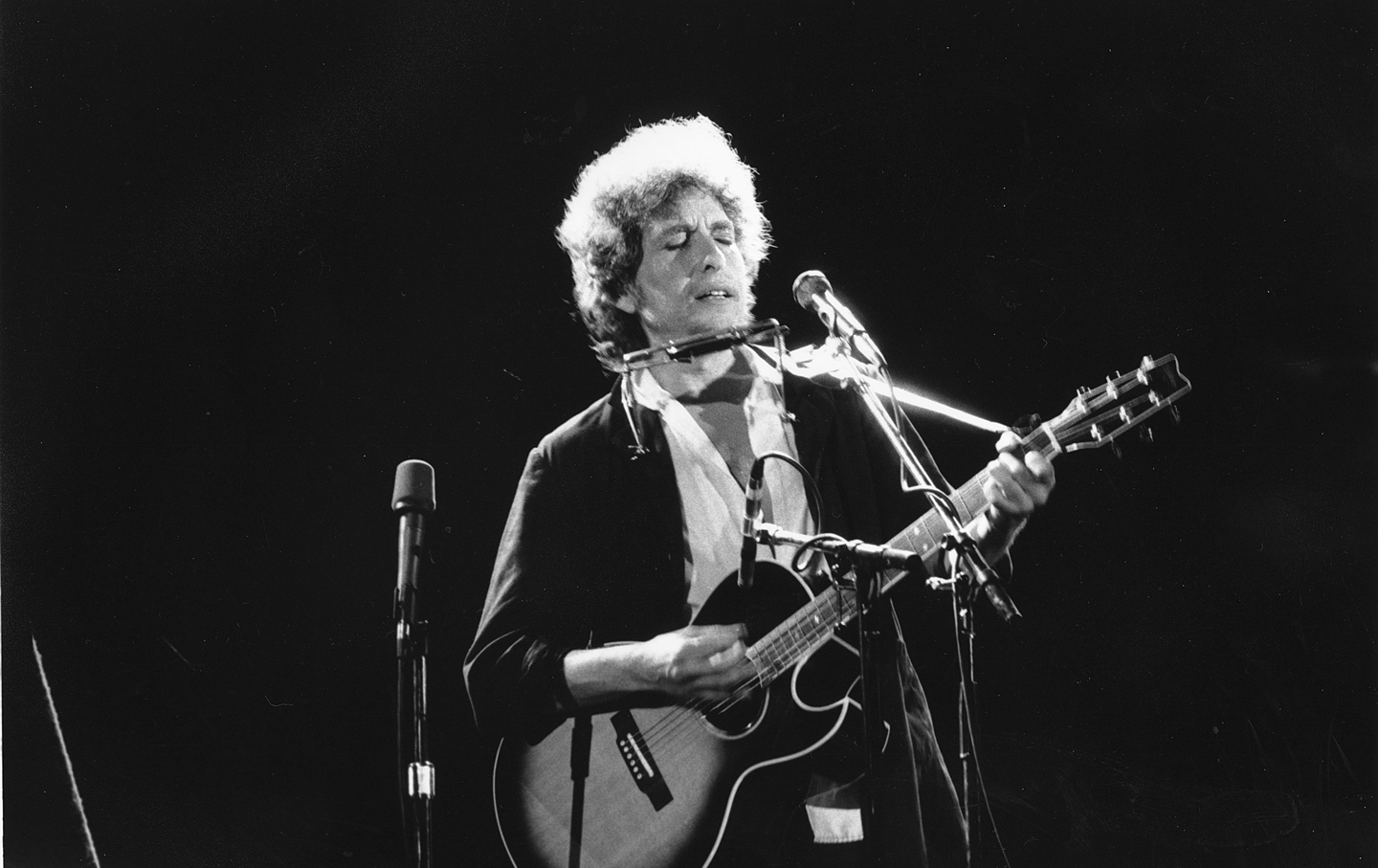 If any event foreshadowed the Nobel Prize for Literature going to Bob Dylan, it was the Pulitzer Prize Dylan received in 2008. The latter was a special award conferred by the Pulitzer board in recognition of Dylan’s “profound impact on popular music and American culture, marked by lyrical compositions of extraordinary poetic power.” As a longtime student of Dylan and his work, and the author of a book on the subject (Positively 4th Street), I had been asked by the director of the Pulitzers to consult on Dylan’s case, and I advocated it strongly. I take no credit for the outcome, though; by the time I pitched in my two-bit assent, the board had already voted to grant Dylan the prize.

When it was officially conferred that April, I was invited to sit with Dylan’s party at the presentation luncheon. Dylan’s son Jesse was there to accept the award on his father’s behalf, and so was Jeff Rosen, who ran and still runs Dylan’s music-publishing company. I knew Jeff fairly well, having dealt with him during the writing of my book. I have always respected him as a straight shooter. Late in the lunch, during the dessert course, Jeff said, “I want the Nobel now.”

I wasn’t taking notes, but I remember the comment clearly. I could tell Jeff wasn’t joking. I blurted out the obvious, saying that would be a momentous achievement, and I wished him well with that.

Jeff said he was doing what he could, which wasn’t much, because the Nobel operation was so famously independent and hermetic. He said he knew exactly what to do when he wanted a Grammy award for Dylan, but he was at a loss this time. Still, he said, with a wink in his voice, “I’m on it.”

It has been a trope in much of the writing about Dylan—at least since his first days as a songwriter in the early 1960s—that he was not only (read: not merely) a songwriter, but also a “poet.” The word was attached to his name like an honorific in every profile of Dylan from Seventeen magazine to Playboy.

Bob Dylan and Nostalgia of Patriarchy

Tangled Up in Bob

Blowin’ in His Own Wind

Dylan himself dodged the association, often objecting to its associations with square intellectualism. As he said in an interview with biographer Robert Shelton, an interview that’s now in repository at the Experience Music Project, “That’s such a huge, that’s a God-damn big word for someone to call themselves—
‘a poet.’ I think a poet is anybody who wouldn’t call himself a poet. Anybody that can possibly call himself a poet just cannot be a poet.… I would really like to think of myself as a poet, but I just can’t because of all the slobs who are called poets.” So how did he see himself? Dylan said, “I’m more of an ashtray-binder.”

The poetry in Dylan’s work has always been something different from the language that we associate with poets in the conventional sense.  Indeed, the question Dylan’s critics have always asked to challenge the legitimacy of his poetics—Does it hold up without the music?—is irrelevant and misguided. Dylan’s poetry is contained in the complicated whole of his words, his music, his singing, and his musical accompaniment. Together, they make literature—a messy, category-collapsing kind of literature that seems even more at home in the 21st century than it did in the ’60s when Dylan invented it.

I have no idea if Jeff Rosen did anything behind the scenes to advance Dylan’s case to the Nobel committee. If he didn’t, I’d be shocked, knowing Rosen’s canny ability to get big things done and his dedication to Dylan’s legacy. (I also think it would have been a redundant and unnecessary effort; Dylan earned the prize for the depth and weight of his work and its influence on decades of artists in and out of popular music.) And if he did, I can only say, Congratulations to both you and your boss, the greatest ashtray-binder we have.