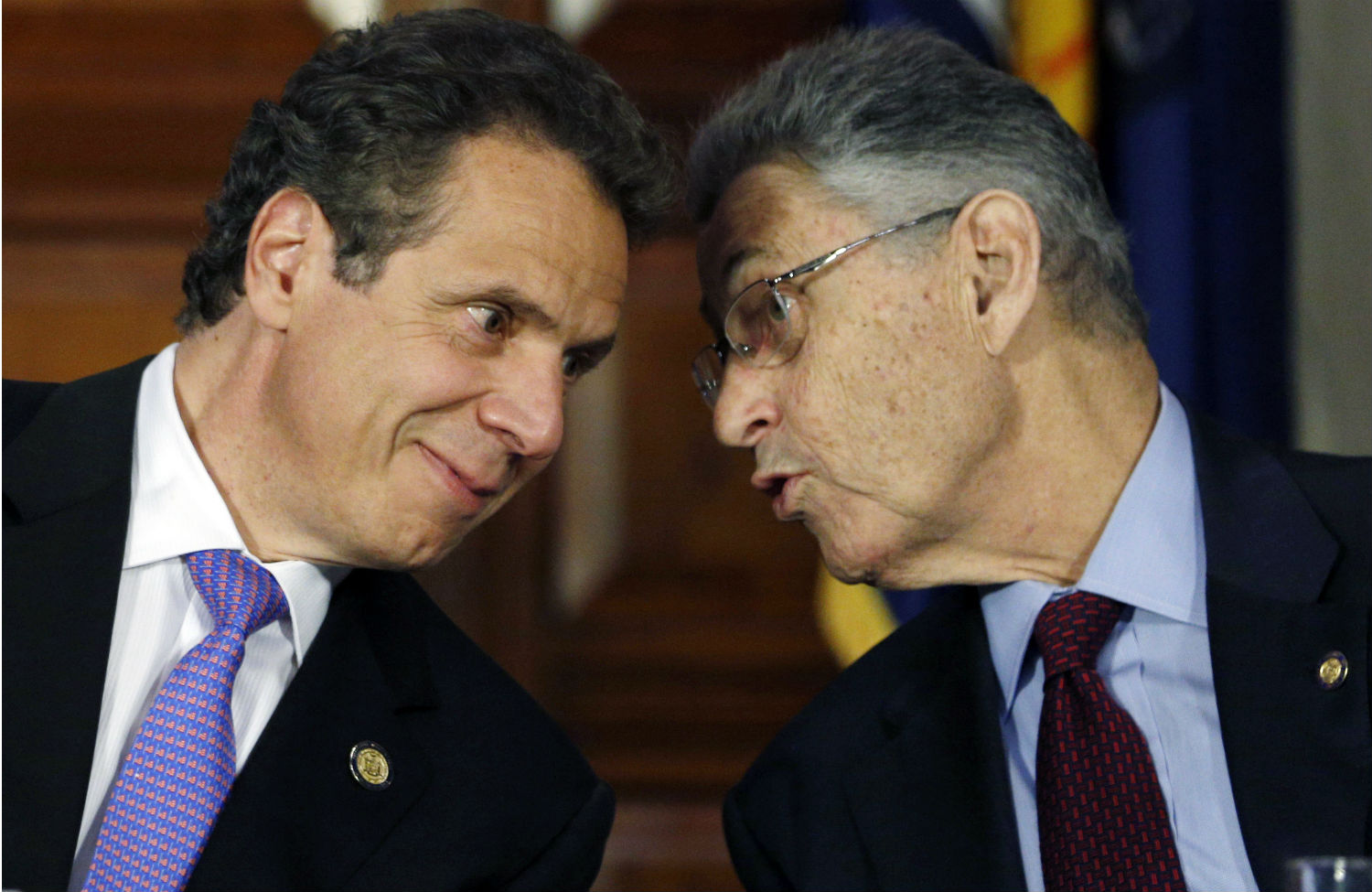 In July 2013, Governor Andrew M. Cuomo created the Moreland Commission to investigate corruption in Albany. This was a bold act, in keeping with his record as New York attorney general. Then, last March, he dissolved the commission. This was a shameful act. Cuomo’s justification was disingenuous, as was his claim to the Daily News editorial board last week that Silver’s arrest vindicates his action because the commission could not bring criminal cases. True, but it was not created to bring criminal cases. Its mandate was far broader. Cuomo’s executive order instructed the commission to investigate the board of elections, campaign finance laws, lobbying and “public corruption, conflicts of interest, and conflicts in State Government, including but not limited to [state] criminal laws relating to abuses of the public trust.” A federal prosecution can do none of this.

Why did Cuomo kill Moreland? The allegations in the criminal complaint against Assembly Speaker Sheldon Silver offer clues. In order to prevent discovery of his millions of dollars of outside income from legal fees, Silver leaned on Cuomo to disband the Moreland Commission. Whether or not that income would have revealed a crime—something the federal prosecution will eventually tell us—Silver wanted it kept secret. Cuomo capitulated. Either Cuomo was naïve about Silver’s motives or he understood them—more likely the latter because rumors of Silver’s high income from legal fees had persisted for years. But whether Cuomo was naïve or complicit doesn’t matter. In the end, he proved too weak to investigate seriously corruption in Albany. Silver may not have had to push very hard. The commission had also subpoenaed Buying Time, a media agency where Cuomo was a client.

An obscure legal ethics rule will have a leading role in Silver’s trial. The rule allows one lawyer to share a fee with another lawyer even if the first lawyer does no work. The rule requires written disclosures to the client, and it requires that the first lawyer accept responsibility for the other lawyer’s work in writing. Silver’s likely defense—already signaled—will be that it is both legal and ethical for a lawyer who does no work to share fees. Or if he violated the ethics rule by failing to do the required paperwork, he should be professionally disciplined, not federally prosecuted.

The thirty-five-page criminal complaint has the government’s response. It alleges that Silver used the ethics rule as a ruse to launder payments that were, in truth, in exchange for political favors, not client referrals. The complaint’s five counts charge that Silver did political favors to two real estate developers and a doctor, that in exchange for the favors the developers hired one law firm and the doctor steered patients to another law firm and that Silver got a cut of the fees that each firm earned from these clients. Of course, political favors are not crimes. They are what politicians do. But if they do them in exchange for money, it’s theft of the honest services they owe constituents and extortion, which are the crimes, along with conspiracy, leveled against Silver.

Not only did US Attorney Preet Bharara time the criminal complaint to appear concurrently with Cuomo’s State of the State speech, he made another interesting tactical decision. Bharara could have gotten a warrant to arrest Silver with a five-page complaint. Often, prosecutors will reveal as little as possible to prevent the defendant from concocting an innocent explanation consistent with the government’s proof. Bharara chose the opposite strategy. He piled on. He offered so much detail that, while the legal presumption of innocence remains, the facts alleged can make it hard for all but constitutional purists to suspend fully their disbelief.

The charges against Silver show what a cesspool Albany is, whether or not Silver committed a crime. Lawmakers can easily trade on their status and presumed influence. And they can be stealthier than Silver is alleged to have been in hiding their political favors. If even Cuomo, who we should assume created the Moreland Commission with the best of intentions, folded to protect lawmaker avarice and his own reputation, making Albany honest would seem to be impossible. Not that the solution is obscure. A few simple rules could transform the place. Here they are.

· First, lawmakers earn $79,500 yearly. Leaders earn a bit more. But the pay has not increased since 1999. Meanwhile, the consumer price index has risen by more than 40 percent. Double the salary. Reduce the need for outside income.

· Next, cap the amount a lawmaker can earn from other employment. Federal judges have a cap of 15 percent on outside earned income. A cap of 25 percent would allow a lawmaker to earn a total of $200,000 yearly. If that’s not enough, the solution is simple. Don’t run for office. We won’t lack for candidates.

· Third, and most important, forbid lawmakers to take official action (other than a vote) on any matter that will benefit a significant client or customer of a professional service firm, which includes law firms, or other business in which the lawmaker or a relative in the lawmaker’s household has an interest. This will require some definitions and an independent body to advise lawmakers. But it will not be hard to do.

· Fourth, require legislators to disclose all outside income, including passive income, and the source, for themselves and relatives in their household.

· Fifth, lawyers in the legislature should be required to disclose the identity and fees of their own clients and the clients in whose fees they share. Reject the claim that the identity of a lawyer’s client, the nature of the legal service, or the amount of a fee is privileged and cannot be disclosed. The Assembly made this claim, at the behest of Silver, when the Moreland Commission subpoenaed one of the firms paying him. This information is rarely privileged. In any event, the attorney-client privilege is a product of legislation. The same legislature that created it can change it. Some exceptions may be required but they will be easy to define.

· Sixth, impose a substantial fine for the knowing and intentional violation of any of these rules. A second violation should be grounds for expulsion from the legislature, loss of pension, and disability for future public office.

· Seventh, finance campaigns of candidates who show broad public support. Doing so will free candidates from the need to raise money and encourage others who would not otherwise enter the race.

The prosecution of Sheldon Silver is just beginning. We can expect more tawdry facts and charges to emerge. Lawmakers will not willingly clean their own chambers. It is sad that impetus for reform must depend in the first instance on a federal prosecution (or more yet to come), but in the final instance change will depend on the voters and a governor willing and able to fight.