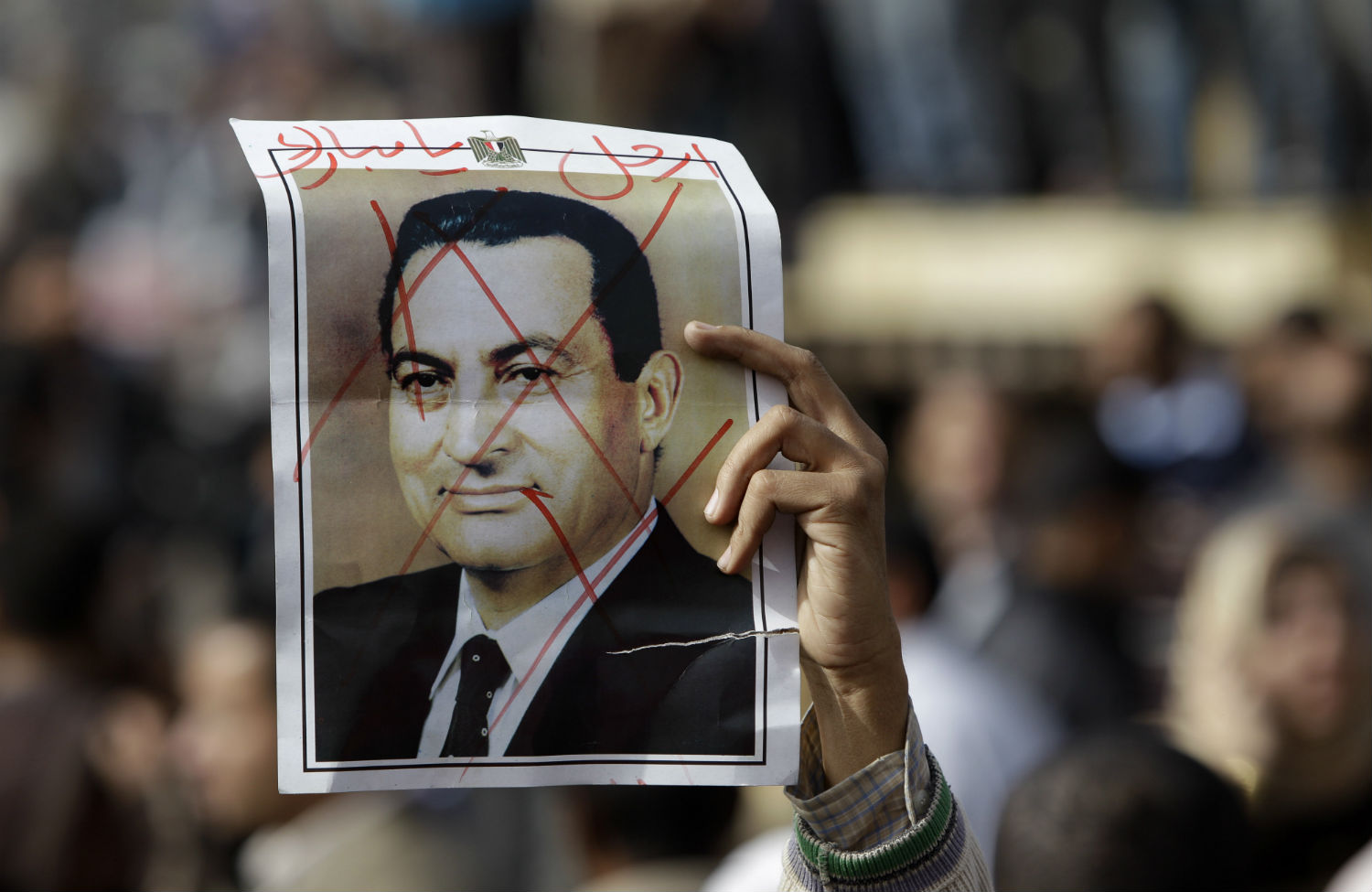 Egypt’s progressive youth and workers came back out to protest in the thousands last weekend over a judge’s ruling that ousted dictator Hosni Mubarak should not have been charged with the killing of nearly 900 protesters in January–February 2011. Murder charges were also dropped against his notorious interior minister, Habib Adly. The April 6th Youth Organization vowed to organize a million-person march in the spirit of 2011, but few thought they had any prospect of repeating that year’s mass mobilization.

The ruling came in a series of court reconsiderations of earlier verdicts handed out to Mubarak and his cronies, in what looked to many Egyptian activists like a whitewash. With a former general, Abdel Fattah al-Sisi, now president and the military and interior ministry more or less back in power, the old elite (called in Egypt “leftovers,” or feloul) seems determined to roll back new norms of accountability that briefly prevailed from 2011 through much of 2013.

Although the Sisi government has succeeded in cowing most of the opposition and human rights nongovernmental organizations, slapping heroes of the 2011 revolution with harsh jail terms for unauthorized protesting, the acquittal of Mubarak touched a nerve that brought protesters back out in numbers not seen since late summer of 2013.

Muslim fundamentalists had tried and failed to mount major protests on November 28 against the brutal crushing of the Muslim Brotherhood by the praetorian regime, which has left hundreds dead and tens of thousands imprisoned, but that effort fizzled. The leftist and liberal youth refused to join the demonstrations, which were labeled by the fundamentalists as being against “secularism.” The name of political Islam is mud with the vast majority of Egyptians, given that the one-year rule of deposed president Mohamed Morsi was an economic disaster and characterized by concerted attempts on the part of the Muslim Brotherhood to establish a virtual one-party state that seemed to be modeled on Mubarak’s ironically named National Democratic Party.

A youth “New Left” is still a significant current in Egypt, and many young people want more accountability in government. They were the ones who gathered just outside the now-closed Tahrir Square in downtown Cairo on Saturday. The government attempt to disperse them left two dead and more injured by flying tear gas canisters or by the military-grade tear gas itself. Youth revolutionaries, including the Trotskyite Revolutionary Socialists, gathered in Alexandria to protest the verdict and to make plans for a civil-society mock trial of Mubarak. They also demanded the release of youth activists from prison, who have been jailed for defying the draconian anti-protest law put in by the interim military government last year (and which is surely unconstitutional by the 2014 Constitution). Among the more prominent young people in this Alexandria event was the attorney Mahienoor El Masry, who was herself jailed for many months for a protest, but who was released in September after a vigorous youth Internet campaign.

Egypt’s small left and liberal parties, which have been relatively quiescent in the past year, were galvanized by the judgment to hold a joint meeting to hammer out a united response to the counter-revolution it implied. The Sisi government has plans to sideline the parties in the upcoming parliamentary elections by setting aside 80 percent of seats for independents and letting parties have only 20 percent. The independents, Sisi hopes, will be relatively easy to divide and rule in a strong, French-style presidential system such as Egypt’s.

The court verdict is not only a slam at the family and friends of the youth, many of them college students, who were killed by the regime in 2011. It raises alarms in other respects, as well. Mutazz Salah el Din, a journalist and founder of the “Popular Initiative” NGO, expressed concerns that the acquittal of Mubarak might make people forget about the billions in purloined funds that the dictator and his associates are thought to have stashed in Switzerland, London and elsewhere. Some $1.2 billion has already been frozen, and Salah el-Din’s organization is pressing for vigorous measures to use the UN Convention against Corruption, signed by some 160 countries, to recover as much of this loot as possible.