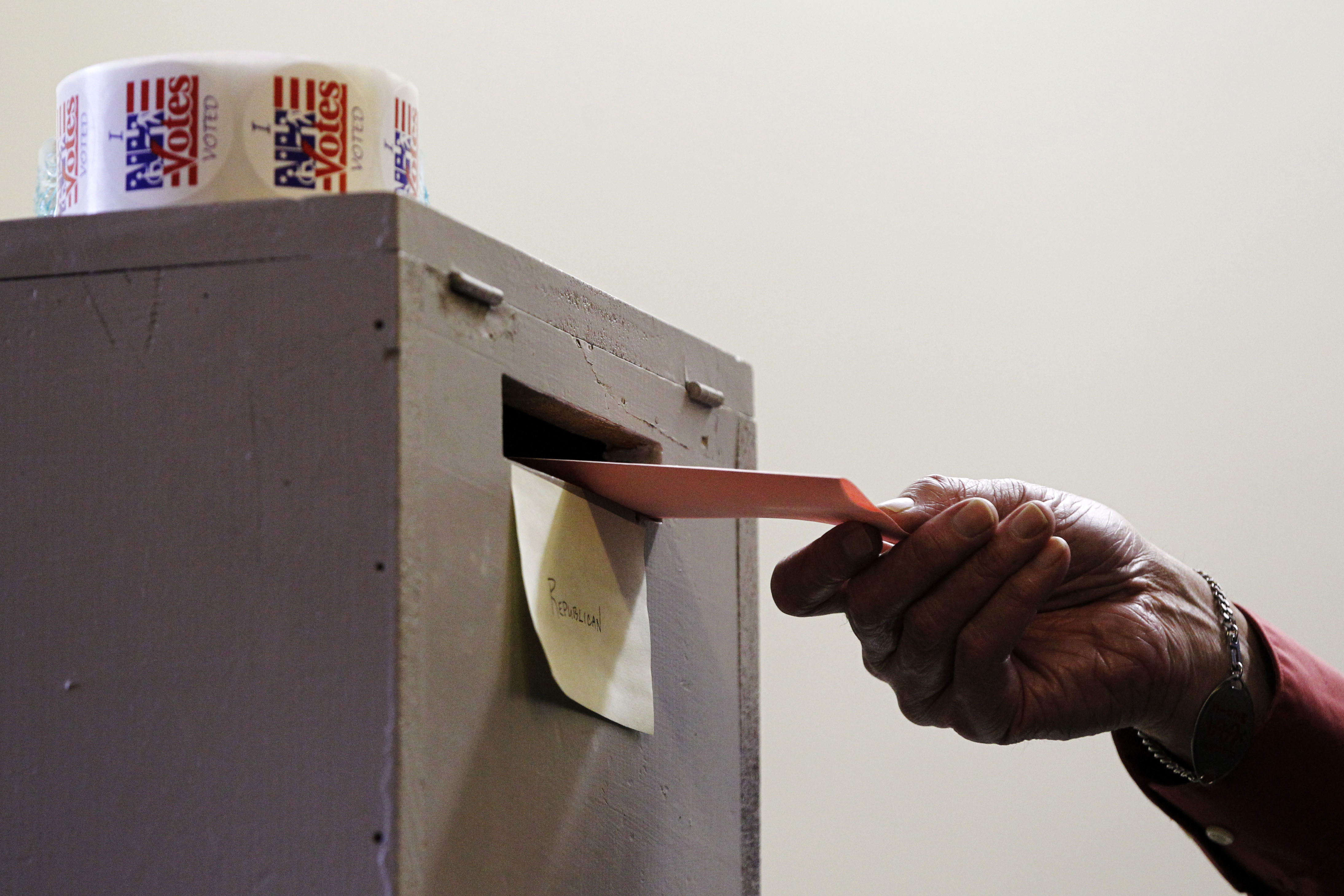 It was probably inevitable, given widespread left-wing disappointment with Obama and longstanding reservations about Hillary Clinton, that we’d see another outbreak of electoral nihilism: the conviction that it doesn’t really matter which of the two parties holds the presidency. This myth has tempted radicals for a long time. In 1960, back when Commentary was still a liberal magazine, Dwight McDonald took to its pages to declare the outcome of the Nixon/Kennedy election a matter of indifference, as “the effect of one as against another built-up-torn-down candidate is in the realm of metaphysics and so of little interest to sensible people.” Fourteen years ago, this belief led otherwise smart people to declare that there was no meaningful difference between Al Gore and George W. Bush.

The shock of the Bush presidency cured this delusion, for a while—there was remarkable acceptance of John Kerry in 2004, despite his nakedly militaristic convention, and progressives twice mobilized for Obama. Yet here, with the 2016 primaries not yet begun, comes an essay on the cover of Harper’s Magazine arguing that liberals are too focused on winning elections for Democrats.

“Each election now becomes a moment of life-or-death urgency that precludes dissent or even reflection,” writes Adolph Reed, the University of Pennsylvania political scientist, in “Nothing Left: The long, slow surrender of American liberals.” He continues, “For liberals, there is only one option in an election year, and that is to elect, at whatever cost, whichever Democrat is running…. True, the last Democrat was really unsatisfying, but this one is better; true, the last Republican didn’t bring destruction on the universe, but this one certainly will. And, of course, each of the ‘pivotal’ Supreme Court justices is four years older than he or she was last time.”

Reed has been making a version of this argument for many years in many different elections. In 2000, he voted for Nader and dismissed the importance of the Bush vs. Gore election. During the primary in 2007, he wrote a column titled “Sitting This One Out,” saying, “This time, I’m not going to acquiesce in the fiction that the Presidential charade has any credibility whatsoever.” But the placement of this essay on the cover of Harper’s, and the enthusiastic reception it’s been given by people like Bill Moyers, suggests that the case has renewed resonance.

There are a number of things to argue with in Reed’s piece, among them the strange idea that Bush wasn’t really that bad. (He may not have destroyed the universe, but he presided over the destruction of Iraq, New Orleans, the American economy and a Supreme Court remotely sympathetic to organized labor, among other things.) Other people, I’m sure, will take on his argument that Obama has continued Bill Clinton’s work of moving the Democratic Party rightward. (Bill Clinton ended “welfare as we know it,” while Obama enacted the biggest expansion of the welfare state since LBJ.) What I want to highlight is an internal contradiction in the case Reed makes against what he calls “electoralitis.”

“Nothing Left” has some very incisive things to say about the broad collapse of the left as a political force. He’s right about how the absence of a positive, fully articulated vision of the future has been paralyzing; as Slavoj Žižek has said numerous times, it’s easier to imagine the end of the world than the end of capitalism. Without a clear program, writes Reed, “the left careens from this oppressed group or crisis moment to that one, from one magical or morally pristine constituency or source of political agency…to another. It lacks focus and stability; its métier is bearing witness, demonstrating solidarity, and the event or the gesture. Its reflex is to ‘send messages’ to those in power, to make statements, and to stand with or for the oppressed.”

Reed argues, persuasively, that a vibrant left can only be grounded in a rebuilt labor movement: “Pretending some other option exists is worse than useless…. We need to reject the fantasy that some spark will ignite the People to move as a mass.”

But here’s the thing: arguments for ignoring electoral realities, for backing some quixotic third-party candidate or imagining that leftists can sway the system through ultimatums, are based on precisely this fantasy. Movements lead politicians, not the other way around, and simply deciding that the politicians we have aren’t good enough won’t will a movement into being. A left that absented itself from the dirty work of electing a president would be indulging in the very reflex Reed decries: trying to send a message to those in power rather than contending for power itself.

The right understands this; it has simultaneously, over decades, systematically taken over the GOP from the bottom up, built a huge network of interlocking intellectual, legal and political institutions and mobilized every four years to try to elect a Republican president.

Occasionally, over the years, conservatives disgusted by the inevitable compromises of electoral politics have threatened to turn their backs on Republican presidential candidates. When Reagan was in office, the right complained about him in language strikingly similar to left-wing denunciations of Obama. In 1983, Richard Viguerie even suggested that Reagan shouldn’t run for re-election. Think of how much better off we’d all be if right-wingers had refused to support what they saw as the lesser of two evils. Instead, they spent decades organizing within the party until it had no choice but to do their bidding.

And despite Reed’s pessimism, similar work is finally happening in the Democratic Party. Consider the new left-leaning mayors in New York, Seattle, Boston and Minneapolis, and the major initiatives to raise wages in metropolitan areas across the country. A new New York Times story is headlined, “De Blasio Picks More Liberal Activists Than Managers for City Posts.” Some of these people will, with enough work, become tomorrow’s national leaders. This is a bizarre moment to assert that there’s no significant difference between Democrats and Republicans.

So yes, for liberals, there is only one option in an election year, and that is to elect, at whatever cost, whichever Democrat is running. The rest of the time, those who find the current choices intolerable should join in the long, slow groundwork that would allow for better ones.