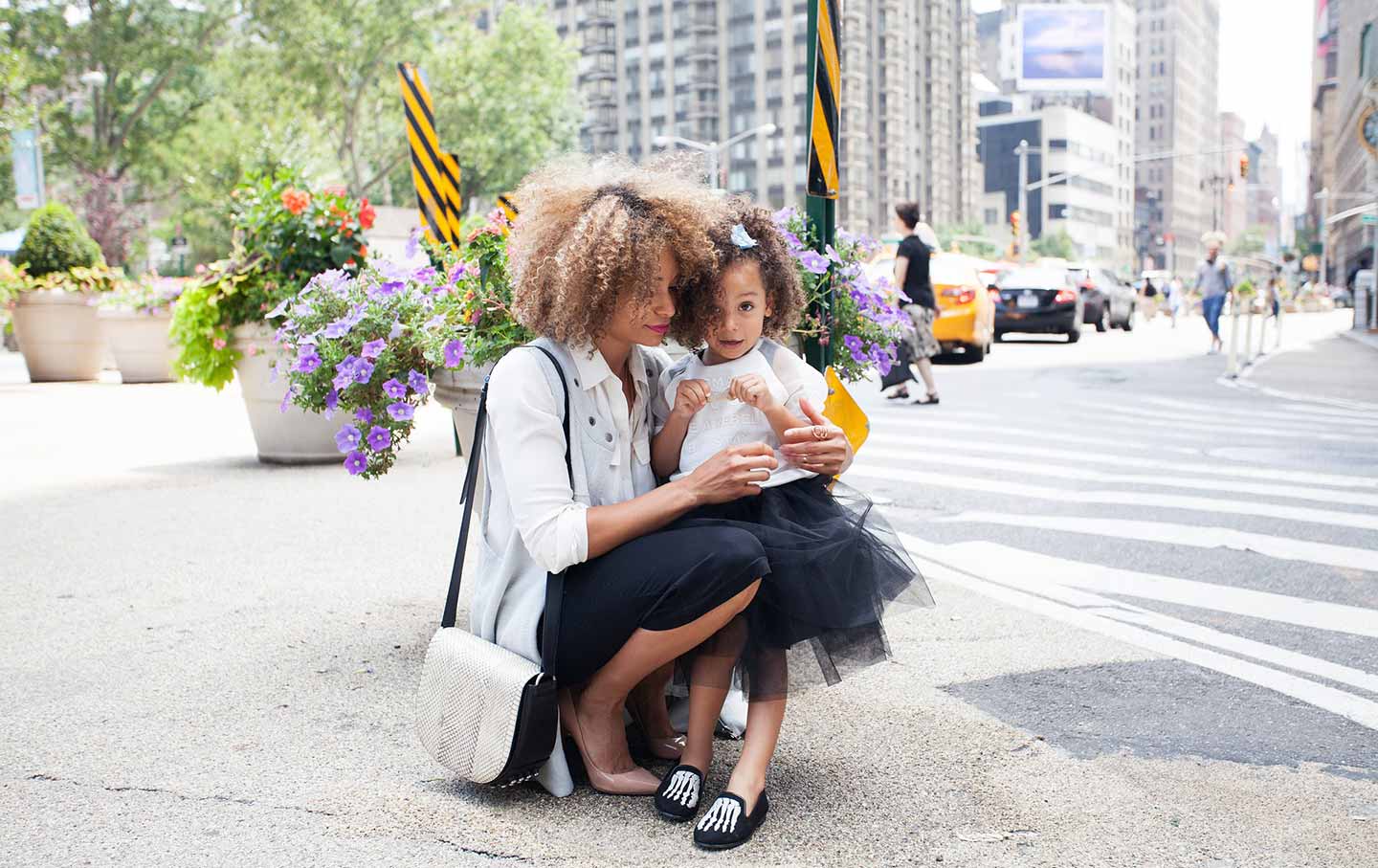 The culmination of decades of effort to erode women’s reproductive rights reached a boiling point this week as conservative states raced to enact the most draconian abortion bans, setting their sights on overturning Roe v. Wade. The ability to access safe and legal abortion is nothing less than the structural foundation of women’s self-determination: Without it, the walls cave in. But for conservatives, the battleground may be the uterus, but the war is for the future of family. And their governing worldview requires the resurrection of the married, two-parent variety, with roles clearly demarcated by gender.

For years, conservatives have been fixated on declining marriage and fertility rates and rising nonmarital-birth rates. The refrain of “family breakdown” has become their convenient explanation for all social problems, from crime to drug addiction to poverty, and platitudes about “strengthening the nuclear family” their catchall solution. But just as the anti-abortion crusade isn’t really about “saving babies,” the restoration of a “marriage culture” isn’t really about saving marriage. Feminists understand that both are punishment for the transgression of autonomy, whether it takes the form of having non-procreative sex or even sex outside of marriage, being child-free or not marrying, or having a child without first having a husband.

A recently released report by the think tank Family Story (which we lead and serve on the advisory board for, respectively) calls this cultural reverence for the superiority of the married two-parent family “marriage fundamentalism.” It encompasses the belief that married two-parent families are unequivocally the superior type of family for children, adults, and society at large, and that poverty and other economic risks are largely avoidable if women would stop making the supposedly bad choice to become parents without first marrying—claims that, as we point out in the report, lack any clear scientific consensus. “Marriage fundamentalism” may be a newly coined term, but it has served as the basis for American social policy for the better half of the last century. In its most extreme iteration, marriage fundamentalism is also the guiding philosophy of self-appointed “family values” conservatives, a label that would be hilarious were it not so dangerous. If the current wave of abortion bans spark comparisons to the dystopian Handmaid’s Tale, marriage fundamentalism is more akin to Leave It to Beaver—a cheery, white, heteronormative middle-class version of palatable patriarchy. These philosophies are distinct, but deeply intertwined, and we cannot leave either one intact if we hope to dismantle the other.

Marriage fundamentalism has never waned, but it changes contours to align with the current zeitgeist. As brazen misogyny and white supremacy are having a frightening resurgence, conservatives have been emboldened to relitigate basic assumptions about women’s equality that most of us consider settled. Marriage fundamentalism has always used barely coded racism, shaming, and stigma to coerce low-income couples into marriage under the veneer of reducing poverty and improving outcomes for children. But today’s marriage fundamentalists have begun using the rhetoric of “strengthening families” to transparently attack the idea of women’s basic economic autonomy, in ways that feel reminiscent of a past era. 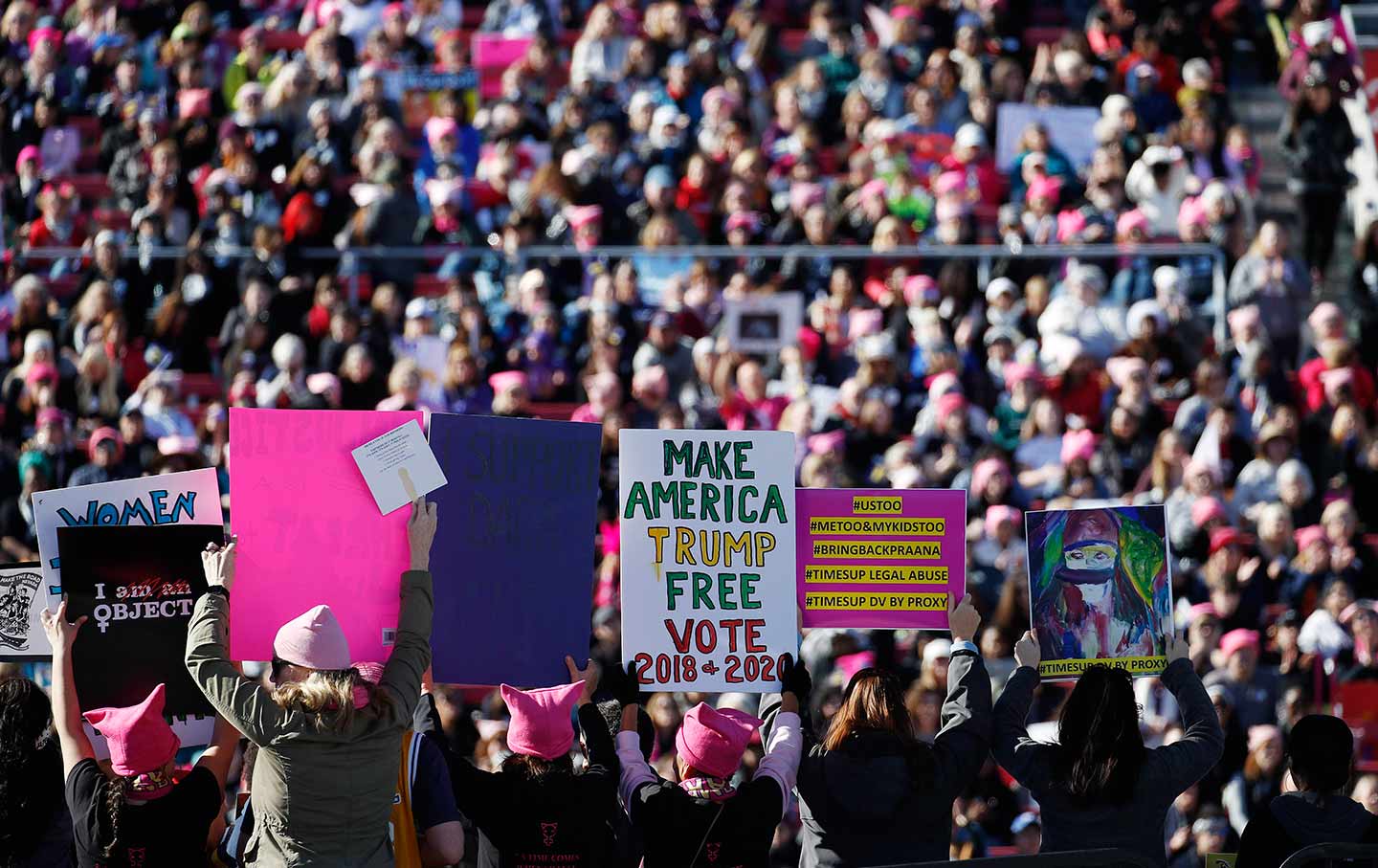 Case in point: Conservatives have spent years denying the existence of a gender wage gap, but recently many have changed their tune and begun to lean in behind it. In a recent New York Times op-ed warning that “the American family is once again in crisis,” The Washington Examiner’s Helen Andrews made the absurdly regressive contention that the wage gap is beneficial, in that when it widens in men’s favor, marriage and fertility rates rise. What would women rather have, she writes glibly, “a few extra cents, or a husband and a child?”—a false dichotomy that would be considered laughable if posed to men. Fox TV host Tucker Carlson went further, alleging that women outearning men “causes a drop in marriage, a spike in out-of-wedlock births and all the familiar disasters that inevitably follow.”

Conservatives’ interest in promoting marriage goes beyond moral preening. It is necessary for their political survival. Married white women, in particular, who have long benefited from their proximity to patriarchy and white supremacy, have more conservative political beliefs and vote Republican in greater numbers, in part because structural inequalities like the wage gap have the practical effect of yoking their economic interests to their husbands’. But more fundamentally, the illusion of the married, two-parent nuclear family as the primary source of women’s economic security is necessary for the maintenance of the economic status quo. Conservatives’ marriage-promotion efforts post–welfare reform, which capitalized on a racist “welfare queen” stereotype, articulate their fears in the clearest terms: Without the proper incentives, women will end up “married” to the state. No matter how thoroughly the causal links between marriage and economic security or poverty are refuted, it is a myth upon which conservatives must double down. Their entire house of cards depends on it.

Conservatives’ attacks on women will not stop with abortion. The nuclear family unit has always been rooted in patriarchal notions of controlling women’s sexuality, even if that rationale has waned as the institution has become more egalitarian. As women fight to preserve the most fundamental form of autonomy—the ability to control our reproduction—we will also have to push back against the myriad other ways women are penalized for failing to adhere to conservatives’ antiquated notions of family.

As frightening and perilous as this moment is, we must be heartened by the fact that women’s political unity is on the rise, fueled by a revived, more intersectional feminist movement and the overwhelming support for a policy agenda—equal pay, child care, paid family leave, and health care that includes reproductive care—that puts women’s experiences at the center. Conservatives may control enough levers of power to advance their extremist agenda in the near term. But their toxic combination of anti-abortion fervor and marriage fundamentalism seems fated to rouse the vast majority of women who will not allow their bodies, nor their families, to become pawns in conservatives’ last-gasp regressive crusade.