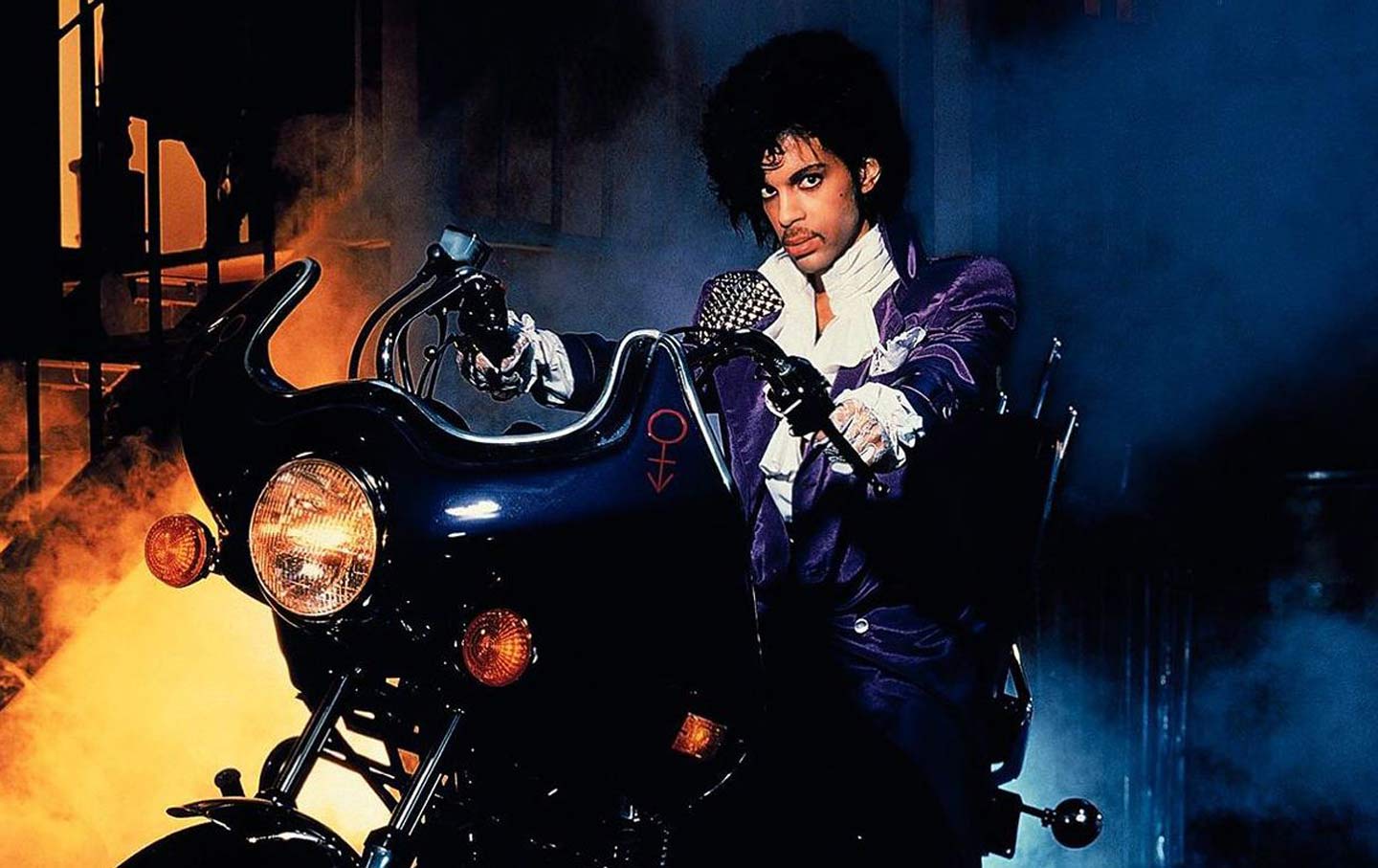 I had been bracing myself for Joni Mitchell’s death the way you do for a car crash and I was blindsided. Prince is the greatest writer and arranger of songs in the post-’73 era, maybe the greatest artist, period. As a sideline, he is an incomparable interpreter of Joni Mitchell. The moment in “The Ballad of Dorothy Parker” when it was Prince singing “it was Joni singing ‘Help me I think I’m falling’” stands as the most astonishing interracial marriage that ever lasted a second or two. Of course, it’s not a marriage except at the level of fantasy. It’s a strange relationship and pure aesthetic shock, and a reversal that offers us a black artist loving and taking in and overcoming and subsuming a white one—a reversal of polarities that will never stop launching American shivers.

I thought of this while watching Purple Rain in a New York City theater a few days after Prince died. The story features two things in the main. One is the fantasy of interraciality. The other, and I am not speaking ill of the dead but of a character, is that the Kid is a dick. The Kid is relentlessly mean, even cruel, to almost every other character. He is a dick to the audience at First Avenue (one-song sets!) and to the club’s owner, however venal. He is smirkily indifferent to the waitress who in some way or another loves him. He is vicious and autocratic with his band. He is particularly abusive to Apollonia, who in the movie is named Apollonia. He is manipulative, withholding, and he hits her. The film psychologizes this conventionally: The Kid’s dad beats his mom and him too, and maybe he’s just like his father. It’s a lousy excuse. But it’s a movie.

It’s a movie but one with such persuasive power, so entangled with the star—his music and style and Minneapolis becoming—that when Prince died, as when he was alive, people would sometimes write about his interracial heritage, his black father and white mother. Which the Kid totally has.

We might not linger over this but for an even more dramatic continuity, structurally identical. The film’s aesthetic and personal unfolding tracks the narrative wherein Wendy and Lisa, two of the Kid’s bandmates, have composed a musical track. He won’t even listen to it, and then he mocks it, mocks them, cruelly and also with puppets. Because he’s a weirdo. And a dictator.

Finally, after his father’s attempted suicide, the Kid accepts the track into his heart, adding lyrics and melody. Wendy and Lisa, if you do not know, are white. Given a peculiar literality via the Kid’s home studio, this is “race mixing” as aesthetic pinnacle. That is the creation myth of “Purple Rain,” the song that operates as conduit between fictional and real, Kid and Prince, movie and life. It remains Prince’s signature song to this day. The song’s performance in the film is both climax and denouement, intercut with a rapprochement of the Kid’s parents. The movie, in short, ends with a double reconciliation of race.

But, but, but. Prince’s parents are both black. The song we hear in the movie is written by Prince, and Prince alone. Why does the movie want or perhaps need to produce and reprise this particular fantasy of interraciality? Why is black productivity and creativity presented as black and white? I do not believe there are easy answers to that question, answers amenable to a column of this length. It surely has nothing to do with any liberal hoodoo about transcending race. Maybe something about Prince’s unparalleled prolific capacities; in the movie, Prince gives away songs just as he gave them away in life, in ways that seem incredibly generous.

But the gesture also seems like a kind of defense. It is as if, even—especially—in a lightly veiled autobiography, he needed to generate some distance, to keep some space around himself and his art, including its racial dimension. It feels protective. These things needed to be falsified in order to remain true.

Which brings us back around. The way the Kid is a dick seems more continuous with the actual Prince, if only at the level of allegory. Not dickishness necessarily, but difficulty. There was a slew of post-death stories about how Minneapolis knew him as a normal guy you’d see at the gas station, the record store. Nah. All I know leads me to believe Prince was weird. Baffling, off-putting, elusive. Famously contrary in the record biz and in relation to the Internet, in ways that seemed sometimes self-negating.

Looking at all that, over decades and decades, it’s hard not to see the ravening reach of the culture market, how it opens itself to everything. How this is a kind of closure, pressing in destructively on every recess of existence. There are artists who are able for a while to play that closeness like an instrument. Prince’s contemporary Madonna comes to mind. But watching Purple Rain it is hard not to sense the sheer effort it takes, the miserable willfulness, the recalcitrance and fabulation and strangeness required to hold the culture market at even a little bit of a distance, to make some room, to make possible a certain kind of making. The movie is about that violence, I think, in ways that remind me that race is itself never far from violence, never nearer than when it is dragged into the market. Well, goodbye—death provides its own kind of distance.