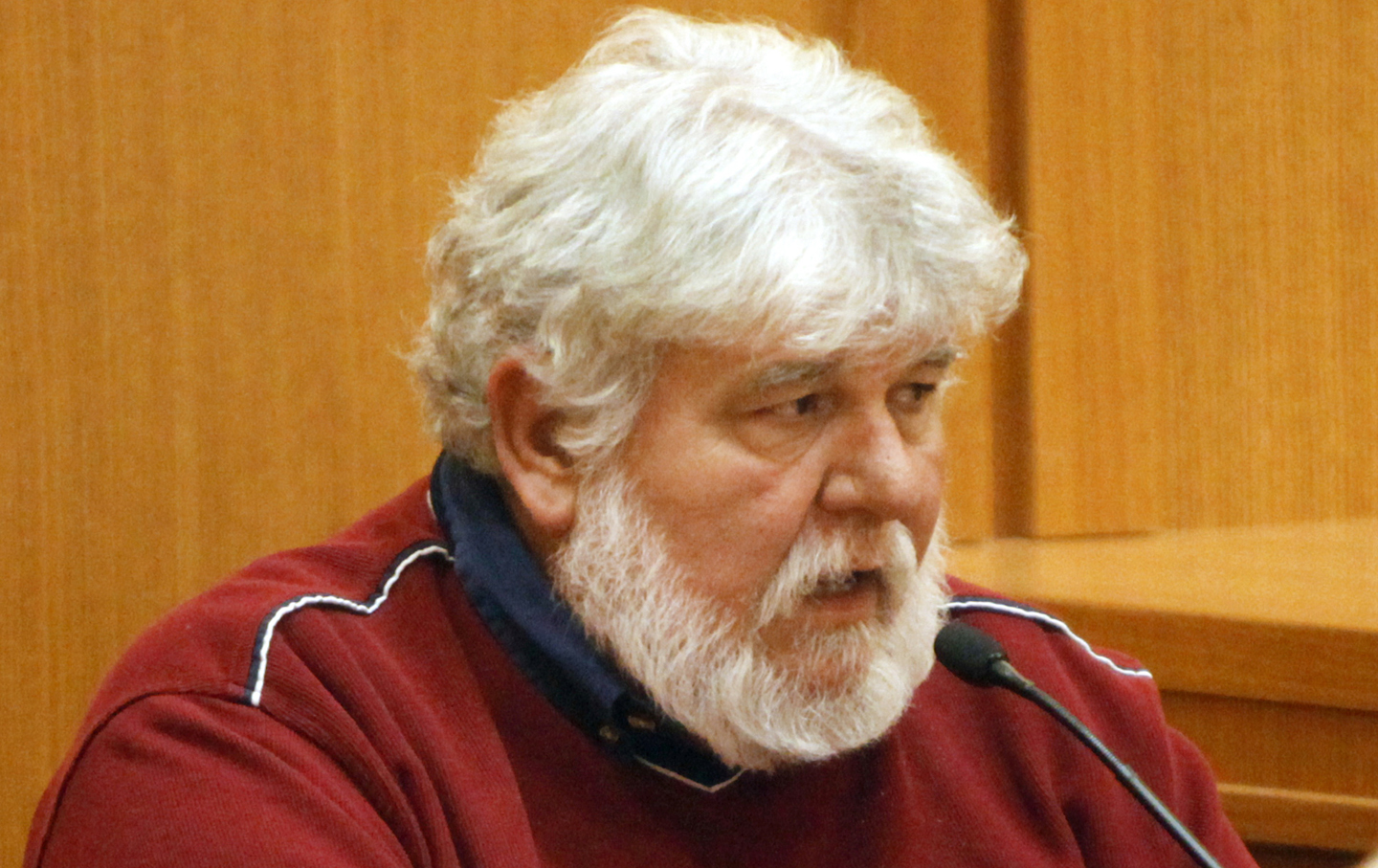 Marty Beil knew which side he was on.

He was a union man. Indeed, as Congressman Mark Pocan noted after Beil’s death last week at age 68, “Marty embodied the longstanding Wisconsin tradition of fighting for workers’ rights and protections.”

Beil’s commitment to trade unionism was old-school and unequivocal. He was ready to bargain; but if the deal was no good, he took the fight to the streets. He marched. He rallied. He occupied the corridors of power, and interrupted the best-laid plans of the worst-intended politicians. He made few apologies.

Yet, Beil was never just a labor leader. His commitment to the cause or working families was shaped by the unique traditions of his union: the American Federation of State County and Municipal Employees.

AFSCME traces its roots to Madison, the Wisconsin capital city where state employees began to organize more than 80 years ago—in the depths of the Great Depression. AFSCME started with an idea. The idea was that state, county, and municipal employees needed fair compensation and fair treatment in the workplace not only to protect their own self-interest but also to protect the interest of a society that is at its strongest and most productive when public employees are respected and public services and well and ably delivered. A first priority of the founders of what would become the Wisconsin State Employees Union was the defense of the state’s civil-service system as an alternative to the corrupt and politicized “spoils” systems that had once been used to fill public posts.

Beil, who died unexpectedly just a few months after his retirement, understood and embraced the AFSCME ideal of public-sector unionism.

“Public workers aren't about to sacrifice their benefits for some political future of a tyrant.” –Marty Beil

The work Beil poured into building AFSCME over the course of almost half a century—as a rank-and-file union member, as a local union president, as a bargaining-team member, as president of the Wisconsin State Employees Union, and from 1985 to 2015 as executive director of AFSCME Council 24—made Wisconsin stronger and better. It also advanced the broader cause of public-sector trade unionism at a time when state, county, and municipal workers were struggling, along with teachers, to gain the pay, benefits and respect their work merited. And, when right-wing billionaires and politicians began to advance austerity policies that attacked public workers, public services, and public education, Beil stood on the front line of the fightback.

While Beil negotiated on behalf of working men and women, he understood his distinct role in maintaining and strengthening what he referred to as “the fabric of Wisconsin”—and, ultimately, of America.

Beil negotiated with Democrats and Republicans, liberals and conservatives, during the years when Wisconsin’s bipartisan consensus recognized and respected strong trade unions.

Former governor Tommy Thompson, who governed in the historic Wisconsin tradition of responsible Republicanism, noted the “bluster” of a huge man with huge passion. Yet, in the end, Thompson spoke warmly of Beil’s “fair and honest” style of bargaining for public workers and for the public interest.

Unfortunately, out-of-state interests that are unconcerned with Wisconsin but highly concerned with the political project of strengthening the hand of corporate CEOs and billionaire campaign donors have in recent years broken that Wisconsin consensus. These interests poured tens of millions of dollars into Scott Walker’s many campaigns for the governorship, and Walker returned the favor by attacking public-sector unions, diminishing public services, diminishing public education, and cooking up schemes to undermine civil-service protections against corruption.

When Wisconsin rose up against Walker’s economically and socially destructive policies, Marty Beil was old enough to retire. But he stayed on for the fight. More than that, Beil fought on the front lines. He marched, he picketed, he spoke up and he showed up. He battled for his union in particular and unions in general. And he battled on behalf of that fabric of Wisconsin.

“State workers and other public workers aren’t about to sacrifice their benefits for some political future of a tyrant. This is all about Scott Walker kind of bringing back, instead of public service, it is public servitude,” explained Beil. Speaking not just of public-sector union members he represented but of all workers in a state where Walker and his allies would eventually impose and anti-labor “right-to-work” law, Beil decried the governor’s actions in the sharpest of terms. “He’s the master of the plantation and we’re supposed to be his slaves; that’s his philosophy here,” the labor leader said of the governor. “So I think he’d be real happy if we were paid minimum wage and had no pension at all.”

Walker’s amen corner ripped into Beil for his passionate language, yet several years after the AFSCME leader argued that Walker had no concern for low-wage workers, the governor dismissed minimum wage protections as “really lame” and struck from state statutes historic standards that suggested Wisconsin workers should be paid a living wage.

And Marty Beil saw the whole picture of what was at stake.

Beil battled Walker not just on issues of concern to union workers but also on issues of individual liberty. When the governor and his minions attacked basic constitutional protections, including the right to assemble and to petition for the redress of grievances, Beil protested and was arrested at the state Capitol.

Beil relished the opportunity to defend the First Amendment because he believed—with a sense of faith and duty never noted by his critics and rarely reported by the media—in the historic Wisconsin progressive premise that open and free debate, empowerment of the people and real democracy could solve just about any problem.

That’s the side Marty Beil was on.

The side of the workers, to be sure.

The side of the unions, to be sure.

But also the side of his state.

Marty Beil loved Wisconsin, and he fought for it with a passion and a determination that the likes of Scott Walker will never muster.

Walker’s day will pass. Thomas Jefferson was right about times such as these. In another period of oppressive and irresponsible governance, the author of the Declaration of Independence counseled, “A little patience, and we shall see the reign of witches pass over, their spells dissolve, and the people, recovering their true sight, restore their government to its true principles.”

When the true principles of Wisconsin (and all the other states that have been battered by austerity) are restored—and they will be—Scott Walker will be recalled merely as another errand boy for distant billionaires.

Marty Beil, on the other hand, will be remembered as the bold trade unionist who, when the battle lines were drawn, stood on the side of economic justice, basic liberties, and the great state of Wisconsin.