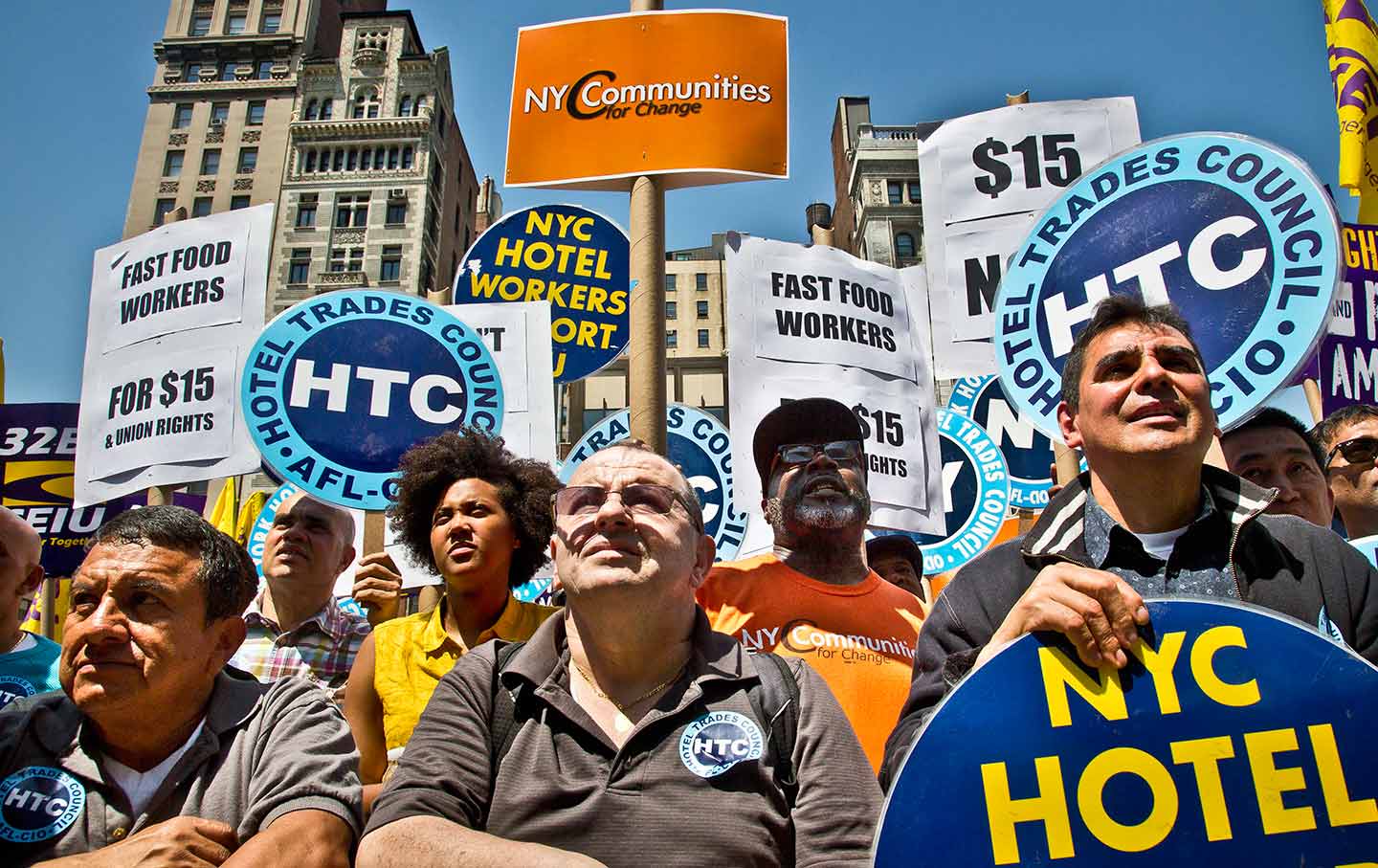 It’s not hard to understand the appeal of a “People’s Convention” that could bypass the muck of ordinary New York State politics and enact a slate of progressive reforms to the state constitution. After all, the adjective most commonly associated with the state’s capital is “dysfunction”—as in “Albany’s dysfunction jeopardizes important legislation” or “Albany dysfunction fails women.” And not without reason. 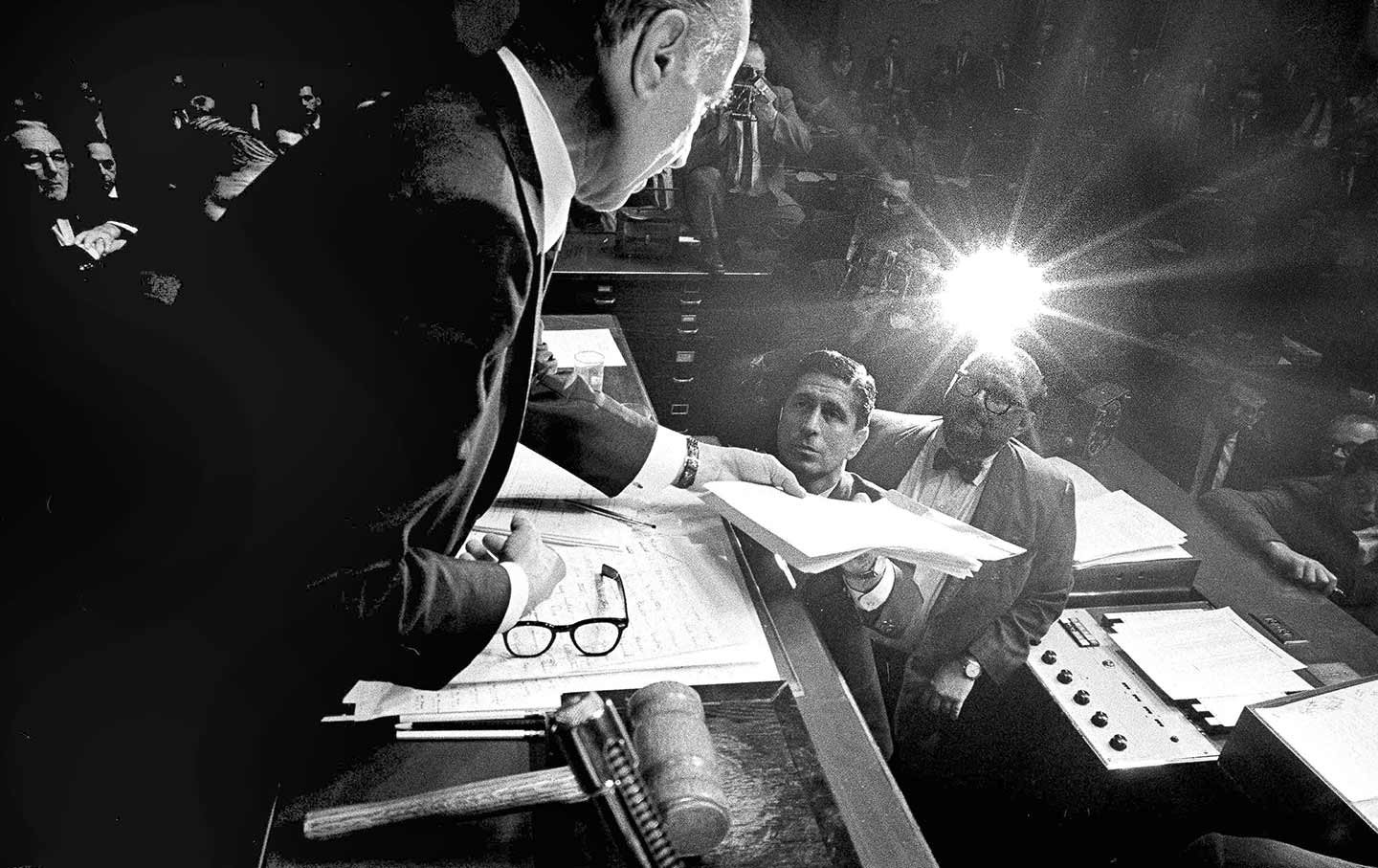 A New York Constitutional Convention Would Be Good for Democracy

In the last two years alone, the top leaders of both the State Assembly and State Senate have been convicted of corruption charges (though both verdicts have been vacated), while a former top aide to the governor is headed to trial on bribery corruption charges next year. Meanwhile, thanks to Republican gerrymandering, the GOP regularly wins half or more of the State Senate seats in a state where Democratic gubernatorial and presidential candidates routinely garner close to 60 percent of the statewide vote. Further compounding this imbalance? A group of eight rogue Democrats, nurturing interpersonal grudges and a preference for larger offices and increased committee stipends, have opted to sit with the Republicans in the chamber in recent years.

Finally, New York suffers from some of the loosest campaign-finance regulations in the country; statewide major-party candidates are eligible for campaign contributions of up to $65,100, while state party committees can accept annual contributions of up to $109,600. This system goes a long way toward explaining the proliferation of charter schools, which enjoy the enthusiastic backing of donors from major hedge funds, and the relentless erosion of rent protections in New York City, as the voices of struggling tenants are drowned out by campaign contributions from real-estate interests.

So it’s no wonder that some good-government advocates and progressives eagerly embrace a constitutional convention as an alternative path for moving their agendas forward. The problem is that, for all its theoretical promise, the act of opening up the state’s Constitution at this moment and tinkering with its contents—exposing cherished articles protecting free speech, labor rights, public education, and more, to powerful conservative meddling—poses more danger for a progressive agenda than possibility.

In making their cases, both proponents and opponents of the constitutional convention tend to invoke the lessons of the 1938 Constitutional Convention, the last one to produce amendments that were actually adopted by the public. That convention enshrined the state’s obligation to aid the needy, promote public health, educate its children, and care for the physically and mentally handicapped. Indeed, the 1938 amendments undergird many of the critical guarantees that protect key state social programs today—for example, the much-litigated right of every student in the state to a “sound, basic education.” The convention also authorized the legislature to establish programs to meet these needs and to provide for health care, pensions, and unemployment insurance. It established a system of prevailing wages on public works. And Section 17 of the state’s Bill of Rights adopted that same year declares that the “labor of human beings is not a commodity…and shall never be so…construed” and guarantees workers the right to bargain collectively.

For proponents of a constitutional convention, these achievements serve as a model of what might be accomplished in 2019 and, therefore, a reason to vote yes on Election Day. But this optimism fundamentally, and dangerously, misreads both the current political climate and the electoral conditions under which elections for delegates would be conducted. As a result, it puts at risk all of the gains achieved in 1938—and many more progressive aspects of the state’s political system—should voters approve a constitutional convention.

Consider the vast gulf between the political climate of today and that of 1938. The referendum authorizing the 1938 convention coincided with the 1936 presidential election, in which Franklin Roosevelt was reelected with nearly 61 percent of the national vote and an Electoral College landslide of 523 to 8 electoral votes. The New Deal was at high tide. The previous year, the signature acts of the Second New Deal, perhaps the most progressive moment in US legislative history, had been adopted by an overwhelmingly Democratic Congress: Social Security, the National Labor Relations Act, and the massive jobs program of the Works Progress Administration. Between Roosevelt’s reelection and the convening of the New York Constitutional Convention, labor enjoyed its most robust upsurge in US history, as millions of workers sat down in factories, shops, offices, and stores, and flocked to the newly formed Congress of Industrial Organization. And in March 1937, the Supreme Court at last provided legal validation to the New Deal by upholding Washington State’s minimum-wage law, in the case of West Coast Hotel Co. vs. Parrish.

In that context, who wouldn’t want to hold a state constitutional convention to lock in the remarkable gains of the moment?

Plainly, 2017 is not 1938. While convention proponents cite an upsurge in progressive social and political movements like Occupy Wall Street, Black Lives Matter, immigrant-rights mobilizations, and the Bernie Sanders campaign as evidence of a leftward surge that could carry a reform agenda in a constitutional convention, it’s essential to remember the flipside: Donald Trump won 45 of the state’s 62 counties in 2016, and a late, post-Comey Trump surge in suburban and exurban New York Senate districts sent several Democratic State Senate candidates to defeat.

Those results point to even graver dangers that must be considered. Delegates to the constitutional convention will be elected predominantly from State Senate districts—three delegates each from the 63 State Senate districts (15 delegates will also be elected at-large from across the state). These districts were expressly drawn by New York’s Senate Republican majority in 2011 to safeguard their power. A case in point: Roughly a quarter of the population of Nassau and Suffolk Counties is African-American and Hispanic, with an additional 4 percent who are Asian in Suffolk and 10 percent who are Asian in Nassau; but these of-color communities have been carefully divvied up among Long Island Senate districts to ensure that no minority candidates have a realistic shot at winning election. Just two of the nine Long Island state senate districts have Democratic representatives.

The gerrymandering of the Senate districts is severely compounded by the most serious flaw in the case of the convention advocates: the lack of campaign-finance restrictions. The 2016 State Senate elections illustrate just how dangerous these two factors can be, particularly when combined. Despite the gerrymandering, elevated turnout during presidential-election years typically offers Democrats an increased chance to pick up seats—to overcome the stacked GOP deck through the sheer force of Democratic numbers in the state. In 2016, there were about half a dozen competitive State Senate races. In the final months of the campaign, however, a combination of the aforementioned hedge-fund and real-estate interests poured millions and millions of dollars into independent-expenditure groups, which tipped the critical elections to the Republicans.

Delegate elections to the constitutional convention will take place under these precise circumstances, absent perhaps the elevated Democratic turnout that accompanies presidential elections. And in case there is any doubt about whether national right-wing forces, to say nothing of the local ones, are interested in what happens to the Constitution of one of the nation’s bluest states, it has emerged in recent days that the Mercer family, patron of Steve Bannon, is pouring $1 million into an independent-expenditure group to stop Democratic State Senator George Latimer from winning this year’s hotly contested race for Westchester County executive. If the Mercers are paying attention to suburban county-executive races, there is little doubt that they would grab the opportunity to threaten New York’s most progressive accomplishments by intervening in the constitutional-convention elections.

In short, the downside risks of a constitutional convention vastly outweigh the potential opportunities. A convention would put everything progressives cherish up for grabs: guarantees of the state’s social safety net; workers’ compensation protections and guarantees of worker collective bargaining; environmental protections; reproductive rights, and on and on. The risks to current rights, and the dangers of devastating new setbacks, have prompted virtually all the state’s progressive organizations to unite in urging a “no” vote on the constitutional convention. Planned Parenthood Empire State Acts, the New York Civil Liberties Union, the Working Families Party, Environmental Advocates of New York, Citizen Action New York, a host of LGBTQ groups, Make the Road New York, New York Communities for Change, and virtually every labor union in the state, including the New York State AFL-CIO—all of these groups, alongside many others, are committed to warding off the progressive implosion a convention could invite.

Finally, if voters do authorize a convention, the time, money, and energy that should be focused on taking back the State Senate from Republicans and constructing a genuine and durable Democratic majority in the State Senate will be tied up contesting constitutional-delegate elections. Moreover, the road to Democratic recapture of the US Congress runs directly through New York State. At the very least, we must defeat incumbents John Faso and Claudia Tenney; several other Republican congressmembers are also potentially vulnerable. Convention-delegate elections would be a major distraction from the pressing tasks before us.

For all these reasons, New Yorkers should Vote No on November 7.

Still undecided on whether to vote yes or no on a New York State constitutional convention? Read Richard Kreitner’s take, “A New York Constitutional Convention Would be Good for Democracy.”