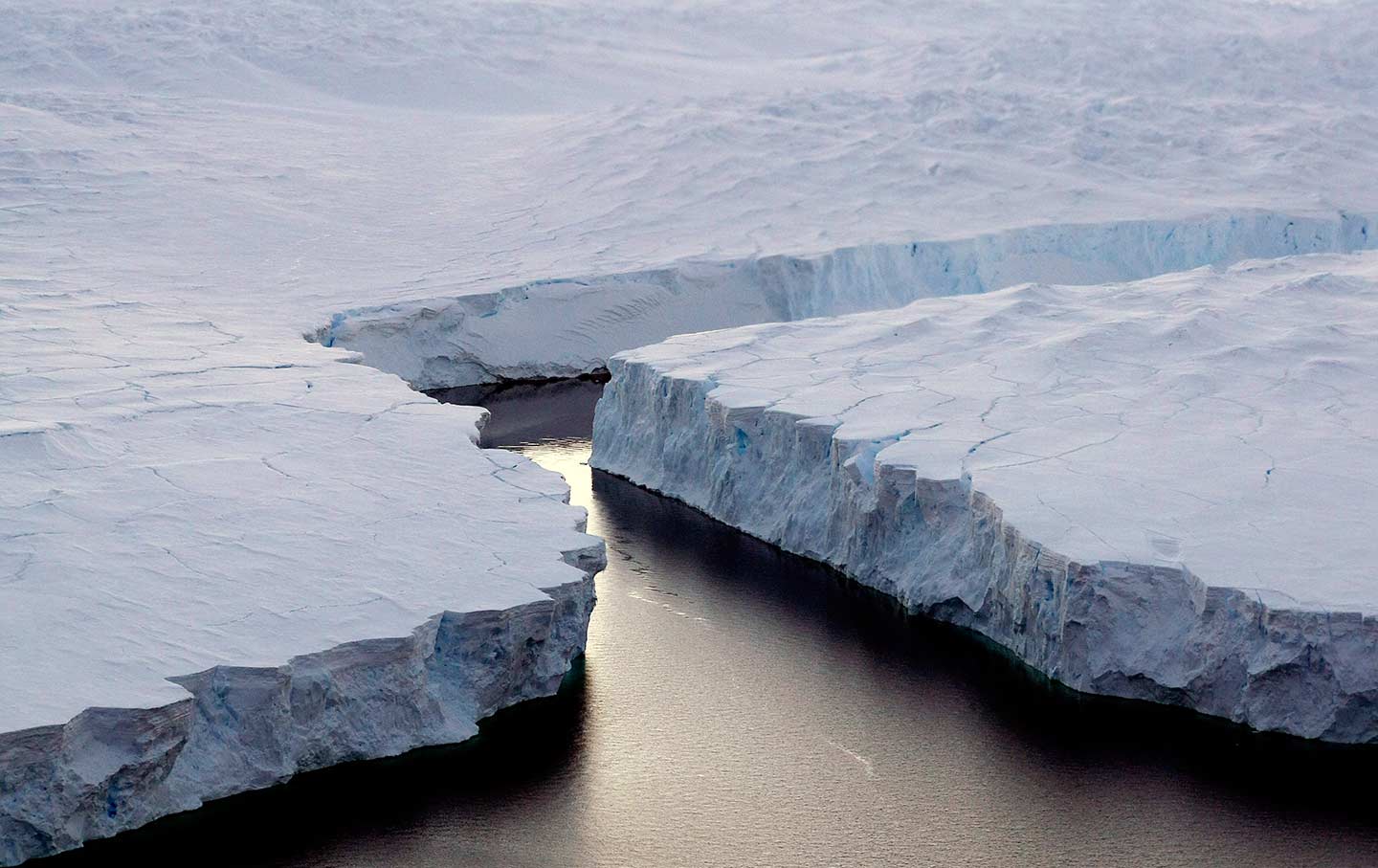 Drawdown, a new compendium of climate-stabilization tools and solutions edited by the versatile Paul Hawken, has an impressive subtitle: “The Most Comprehensive Plan Ever Proposed to Reverse Global Warming.” Does the book live up to it? Actually, it does—Drawdown is a great book that should have been written long ago. It will give you the best kind of hope, the kind that balances realism with radical vision. It isn’t perfect, but given it’s only the first product of an ongoing “Project Drawdown,” a coalition of scientists, technologists, and policy experts offering climate solutions, I trust that the gaps will soon be filled.1

Why the term “drawdown?” Hawken—whose earlier résumé spans the civil-rights movement, green business, and a number of successful books (most notably Blessed Unrest, his 2007 overview of the global-justice and sustainability movement)—chose the term as a exercise in “the rectification of names.” The phrase is from Confucius, who said that proper names are necessary to both wisdom and success. Thus “drawdown,” a word to replace the timid “emissions reductions” and the almost defeatist “mitigation,” and to accurately denote the challenge of, well, drawing greenhouse emissions down to net zero by 2050.2

Does this sound an impossible task? If you answer (or privately mutter) “yes,” you aren’t alone. But Hawken does not agree, and he’s gathered an impressive stable of allies—researchers, modelers, and in Tom Steyer, who wrote the foreword, a key next-generation California philanthropist, political activist, and major donor to the Democratic Party—to help him make his case. Stabilizing the climate system will require a heroic global effort, but the point here is only to show that, at least at the level of technologies and practices, such an effort can do more than merely succeed; that it can succeed well, and open into futures that we can actually bear to contemplate. 3

There are two reasons why Drawdown stands out among the many recent climate books. First is the systematic process by which the Drawdown team set out to show that we really can stabilize the climate system, in time to avoid cascading global catastrophe. To that end, the book is built around a set of 80 carefully chosen “solutions,” and 20 more “coming attractions”—potential solutions that aren’t yet ready for prime time. Each has been studied, modeled, and when both possible and proper (family planning is taken as a human right that is “inappropriate to monetize”), priced.4

It’s an interesting set. Drawdown’s solutions run the gamut from rooftop solar to educating girls, from conservation agriculture to refrigerant management, from plant-rich diets to heat pumps, from alternative cement to indigenous people’s land management. Most are “no regrets solutions” that we’d be wise to pursue even if there was no climate crisis, but, interestingly, nuclear power is also listed, though it’s prominently labeled as a “regrets solution” that, this being an emergency, we might feel compelled to support despite grave misgivings.5

If this were all, Drawdown would still deserve your attention, but there’s more. The solutions are evaluated both in terms of the real currency of the 21st century—gigatons of greenhouse gases avoided or sequestered—and in conventional economic terms: When possible, the research team estimated a “net cost” for each solution, one that takes both global costs and global benefits into account. The solutions are then integrated into a global analysis that clearly shows that—even at this late date—the techno-economic side of the climate problem is actually solvable. This is a crucial move, because as time rushes by, many among us are concluding that, even if we were to somehow wake to the imperative of climate mobilization, it’s simply too late to avoid catastrophe. Drawdown, in response, runs multiple scenarios, with a mid-range run that shows a drawdown of 1,442 gigatons by 2050—which would be enough, in the all-important terms of the global carbon budget, to hold the Paris temperature targets. Moreover, it reaches this goal without making (as many climate modelers do) desperate assumptions about horrifically large-scale deployment of bioenergy-based carbon capture and storage systems (the acronym is BECCS) that generate fantastic amounts of “negative emissions.”  In other words, we’re not doomed, not for technical reasons anyway.6

The second reason this is an important book is that, despite its nature as a catalog of ways and means, it strains against the technological reductionism, extremely common in the climate movement these days, in which green technologies, more or less on their own, are seen as our salvation. Rather, its overall ethos is pragmatic, technologically open-minded, and ecologically sophisticated. And, critically, it’s infused with a social-justice sensibility. The liberation of women is a major theme, as is the wisdom of rooted communities and small landholders, both indigenous and otherwise. The vision is one of a diverse, inclusive, and sophisticated planetary civilization, with a “regenerative” and thus genuinely sustainable economy.7

Having said all this, I must add that Drawdown is not yet a tonic strong enough to cure the dystopian plague that has come to penetrate most all our visions of the future. It illuminates the techno-economic path forward, and it insists that social justice is also a prime concern, but on this second front it offers almost nothing that is concrete, specific, and believable. To be truly “comprehensive,” a deep-decarbonization plan must recognize the dire threat that economic stratification poses to our ability to mobilize, and reveal the mechanisms by which we will learn, again, to cooperate. Which is to say that, when it comes to both domestic and global environmental justice, an ethos is not enough. The deeply political, justice-based side of the climate-transition equation needs a lot more attention than it gets here, and it needs it now.8

But Drawdown’s catalog of solutions omits long-term democratic planning, which is essential to any true deep-decarbonization road map. It makes no mention of the overarching challenge of ensuring a just transition, one in which all those whose lives will be disrupted by the climate transition are, somehow, made whole, or at least whole enough. (Think coal miners, but think too of all the communities and even countries that are dependent on the fossil-fuel economy.) It talks of “net costs,” but it does not talk about winners and losers, as if any acceptable pricing system could gloss over the challenge of today’s obscene level of inequality. There’s no discussion of progressive approaches to climate taxation, without which we haven’t got a snowball’s chance. There’s no mention of cap-and-dividend systems, or energy-subsidy reform, or the international finance and technology support systems that will be necessary if the Paris agreement is to deliver. Or of fair trade. Or of class.9

I have hope, though. When Hawken spoke at Drawdown’s launch in Oakland, he mentioned a planned second book, to be composed entirely of “coming attractions.” This is a particularly fascinating part of Drawdown’s tool kit, and I commend the discussion of marine permaculture, in particular, to your attention. Perhaps, in this second book, we’ll also see a section on progressive climate taxes?10

But enough on Drawdown’s limits. Hawken’s strategy has already borne some lovely fruit. This is a breakthrough book, and even its omissions are instructive. There really is a way forward, and these days, it’s great to see this rather basic fact demonstrated with such astonishing focus and brio.11