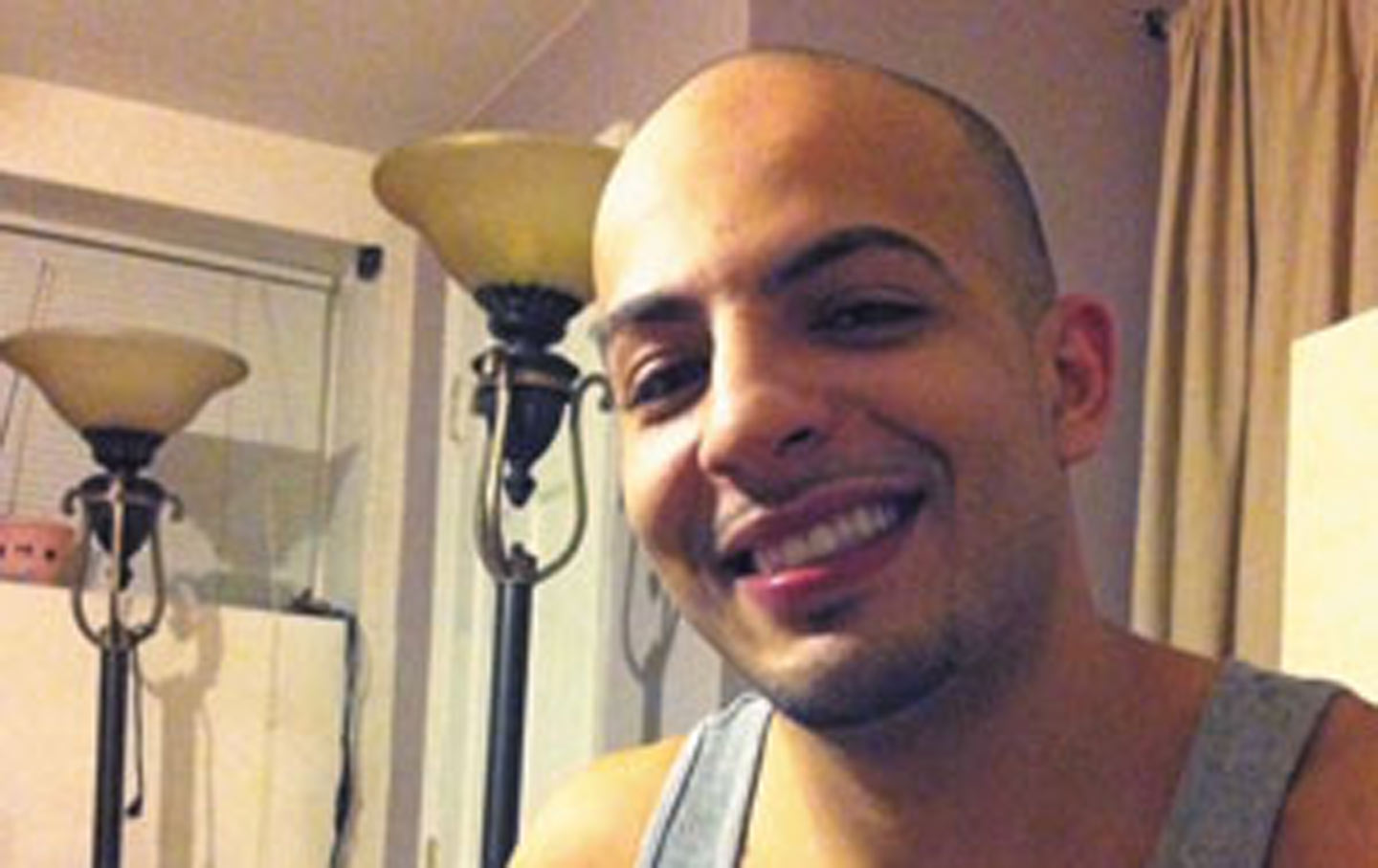 An Algerian-American man who claimed prison guards repeatedly abused him because of his conviction on terrorism charges is in a coma following an attempted suicide, according to his family. Ahmed Ferhani’s parents were notified of their son’s attempt to hang himself on Thursday morning by officials from Attica Correctional Facility. Lamis Deek, Ferhani’s attorney, confirmed that he had been moved from Attica to an outside medical facility and was in a medically induced coma. A Department of Corrections spokesperson confirmed that Ferhani was transferred to an outside hospital and remains in the custody of Attica Correctional Facility.

In the year leading up to his suicide attempt, Ferhani detailed a pattern of targeted violence at Attica and Great Meadow Correctional Facility—where he had previously been held—in a series of letters reviewed by The Nation. The notes provide a rare window into prison life for Muslims who have been convicted of terrorism, in many instances after long and involved investigations involving multiple undercover agents and informants.

In 2012, Ferhani pleaded guilty to terrorism and hate-crime charges for discussing attacks on New York City synagogues with an undercover NYPD officer. The media immediately dubbed him “the synagogue bomber,” though the real story is far more complicated, as I detailed in The Nation. Days before his arrest, for instance, he told the undercover officer that instead of carrying out the plot, he wanted to just flip the guns they were going to buy for a profit. During the controlled-weapons sting, a second undercover officer posing as an arms dealer had to remind Ferhani to buy a set of grenades.

The case against him was flimsy enough that the FBI removed itself from the investigation in its early stages. The NYPD continued to pursue Ferhani, despite its knowledge of his history of mental illness and self-harm.

Two of Ferhani’s letters were addressed to Attorney General Loretta Lynch, in hopes of calling her attention to his case. The most recent, addressed March 30, suggested he would face retaliation for asking for her help and signaled his plans to commit suicide. “Because this complaint will only further create more retaliation there is only one thing to do,” he wrote. In the same letter, he recounts a recent incident where he was left in the shower for an hour and 10 minutes, despite repeatedly asking to be returned to his cell. In his telling, when he exited the shower a corrections officer Ferhani identified only as Officer Debo reportedly told another officer, “I’m gonna hurt this fucking kid.”

In the other letter addressed to Lynch, Ferhani writes, “I want everyone to know that the next time I am violated by correction officers or their supervisors I will take my own life. If taking my own life is the only way to expose the evils that are practiced daily by corrections officers then I will be glad to do it.”

In several of the letters, he details a consistent list of grievances. “I have been denied food, water, telephone, recreation and law library services. My personal and religious property has been destroyed and my mail thrown in the garbage. My life has been threatened countless times and I have been the victim of sexual harassment,” Ferhani wrote in a letter to The Nation’s editor and publisher Katrina vanden Heuvel. “Recently, correction officers orchestrated a hit on me which resulted in a brutal assault leaving me with twelve staples to my head.”

That alleged assault took place when Ferhani was still held in Great Meadow. He goes on to state that he was directly threatened by an officer who said, “You better hope and pray they don’t send you to Attica Facility, because if they do I have buddies there who are going to take care of you.” Two months after the threat, he was transferred to Attica.

Attica is notorious for the brutality some of the guards unleash on prisoners there. In March, 2015, three guards resigned and pleaded guilty to a misdemeanor in order to avoid possible prison sentences after accusations they severely beat inmate George Williams. The assault was bad enough that doctors had to insert a plate and six pins into his leg. The guards broke both of Williams’s legs, several of his ribs, his shoulder, and severely fractured his eye socket.

Prisoner abuse by guards isn’t limited to Attica, either. A 2014 Department of Justice study found that half of all allegations of sexual misconduct are directed at prison guards throughout the country.

The abuse Ferhani alleged was often related to his Muslim faith. “I was denied any vocational programs or schooling because I was told ‘you will make a bomb,’” Ferhani wrote in the letter to vanden Heuvel, and repeats in a letter to Lynch. In a letter to me from January 2015, he said he had been removed from his Islamic educational programming. When the imam asked the program supervisor why, according to Ferhani, the supervisor said, “Do you know what he is here for?!”

Lamis Deek, who represented Ferhani in his criminal trial, laid the blame for his suffering at the feet of the NYPD. She has always maintained that Ferhani was goaded along by an NYPD undercover officer who had been unsuccessful for years in attempting to manufacture a terrorist. “If Ahmed dies, his blood is on their hands,” she said in a telephone interview. “It is an absolute outrage that this is the kind of person they’re trying to turn into a terrorist to justify their funding for their department.”

(Disclosure: Another member of Ferhani’s legal team, Gideon Oliver, has represented me in court and is engaged to my sister.)

Though cases like that of Dzhokar Tsarnaev, convicted in the Boston Marathon bombing, become national news stories, the vast majority of terrorism arrests make the local nightly news but then are quickly forgotten. Journalists and civil-liberties groups have found that many of terrorism cases involve one or more undercover officers or informants, often with financial incentives to push the target along in an otherwise impossible plot.

Most of these cases are investigated by the FBI, and the prominence of ISIS has only increased the FBI’s targeting of unsophisticated, would-be jihadis who have little more than a Twitter account and half-baked travel plans.

“This has to end,” said Deek. “This terrorism-case industry. And it is an industry. It has to end.”