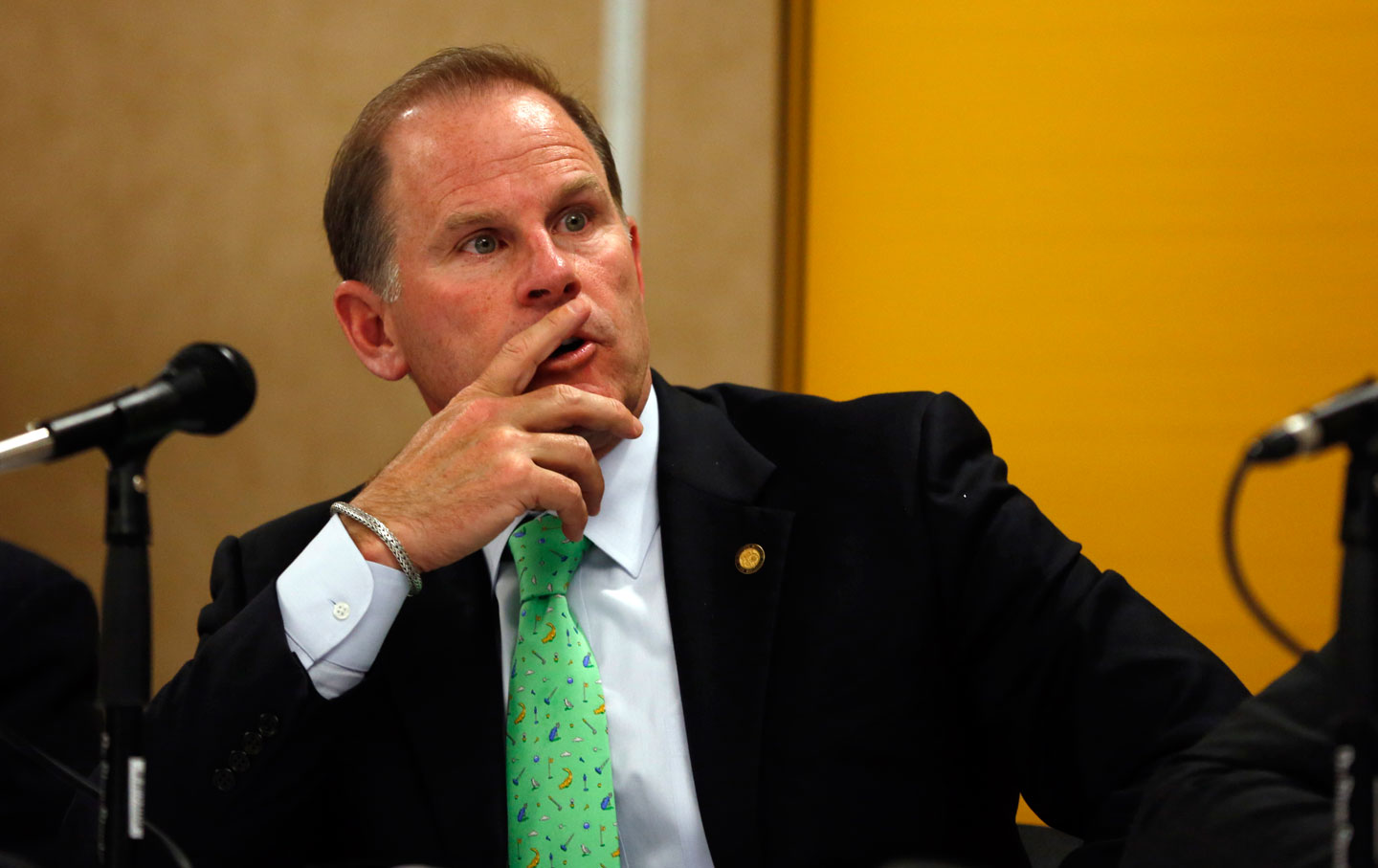 In shocking news that comes in utter contradiction to a statement released just yesterday, University of Missouri President Tim Wolfe has announced his resignation.

The move comes after incidents of bigotry and racial vandalism that scarred the Columbia campus, followed by weeks of protest, a hunger strike by grad student Jonathan Butler, as well as the announcement that faculty members would not be showing up for work.

Yet the tipping point for Wolfe’s departure was the announcement Saturday night that the black football players at Mizzou would be refusing to practice or play until the school president was gone. Their announcement was followed the next day by a widely circulated photo of most of the team, including many white players, sitting with head coach Gary Pinkel, and the statement that the players had full support of the coaching staff in their efforts. Tim Wolfe makes $459,000 a year and the school would have to forfeit $1 million just for missing this weekend’s game against BYU. In other words, math was not on Tim Wolfe’s side and he was as good as gone.

There are some immediate lessons from this that should be absolutely glaring.

1) Don’t be Tim Wolfe. In 2015, you cannot run a school while being blasé in the face of acts of racist harassment. You cannot, as Wolfe’s supporters bragged when he was brought on in 2012, “run the university like a tech company.” You can’t raise tuition and slash funding for things like health-insurance subsidies while pushing a $72 million expansion of the school’s football stadium. When asked about “systematic oppression,” you can’t say “Systematic oppression is when you don’t believe that you have the equal opportunity for success,” as if marginalized students are just making up the slurs, the vandalism, and the general feeling of being unsafe on their own campus. Don’t be Tim Wolfe, unless you want to be unemployed.

2) Athletes—so often scripted as powerless—have tremendous social power on campus. Too often, those sympathetic with college athletes define them by their hardships instead of by their dazzling, inescapable strengths. We rightfully look at their absence of due process, their lack of access to an income, their hellacious practice and travel schedules, their inability to take the classes of their choosing, and their year-to-year scholarships that consign them to being more “athlete students” than “student athletes.”

Yet they also have a power that if exercised can bring the powerful to their knees. So much of the political and social economy of state universities is tied to football, especially in big-money conferences like Southeastern Conference, where Mizzou plays. The multibillion-dollar college football playoff contracts, the multimillion-dollar coaching salaries, and the small fortunes that pour into small towns on game day don’t happen without a group of young men willing to take the field. The system is entirely based on their acceptance of their own powerlessness as the gears of this machine. If they choose to exercise their power, the machine not only stops moving: It becomes dramatically reshaped.

The emergence of the Black Lives Matter movement threatens the operating of this machinery like nothing since the black athletic revolt of the 1960s and 1970s. These conferences, particularly the Southeastern Conference, field teams that, in the words of sports sociologist Harry Edwards, “look like Ghana on the field and Sweden in the stands.” In other words, black football players in particular have a social power often unseen and not commented upon. It’s there all the same.

These athletes are a sleeping giant. At a school like Mizzou, where just 7 percent of the students are black but a whopping 69 percent of the football players are, one can see how their entry in the struggle had a ripple effect that tore through Columbia and into the college football–crazed national consciousness.

3) Don’t erase the mass struggle of students and faculty members that preceded the football strike. Yes, what the football players did was critical, perhaps even a tipping point in the battle to remove Wolfe from power. But if the football players had acted in a vacuum, then Wolfe would still be in charge. It is also difficult to imagine the football players acting at all without the broader struggle on campus. The protests of students and faculty members whose names the public does not know is what laid the groundwork for the players to showcase their courage. It’s like a stool: students, faculty, and athletes. When one leg on that stool isn’t there, this falls apart.

If there is a lesson here for student activists around the country, it should be to try to connect with so-called “student athletes.” Don’t treat them like they exist in their own space. Don’t accede to the way schools already attempt, with separate dorms and cafeterias, to create an environment where they are segregated from normal campus life. Fight that. Talk to them, listen to their grievances, and make clear to your administration that the athletes, students, and faculty united will never be defeated. The administrators created this world where our universities revolve socially, politically and economically around the exploited labor of big time football. Now let them reap what they sow.