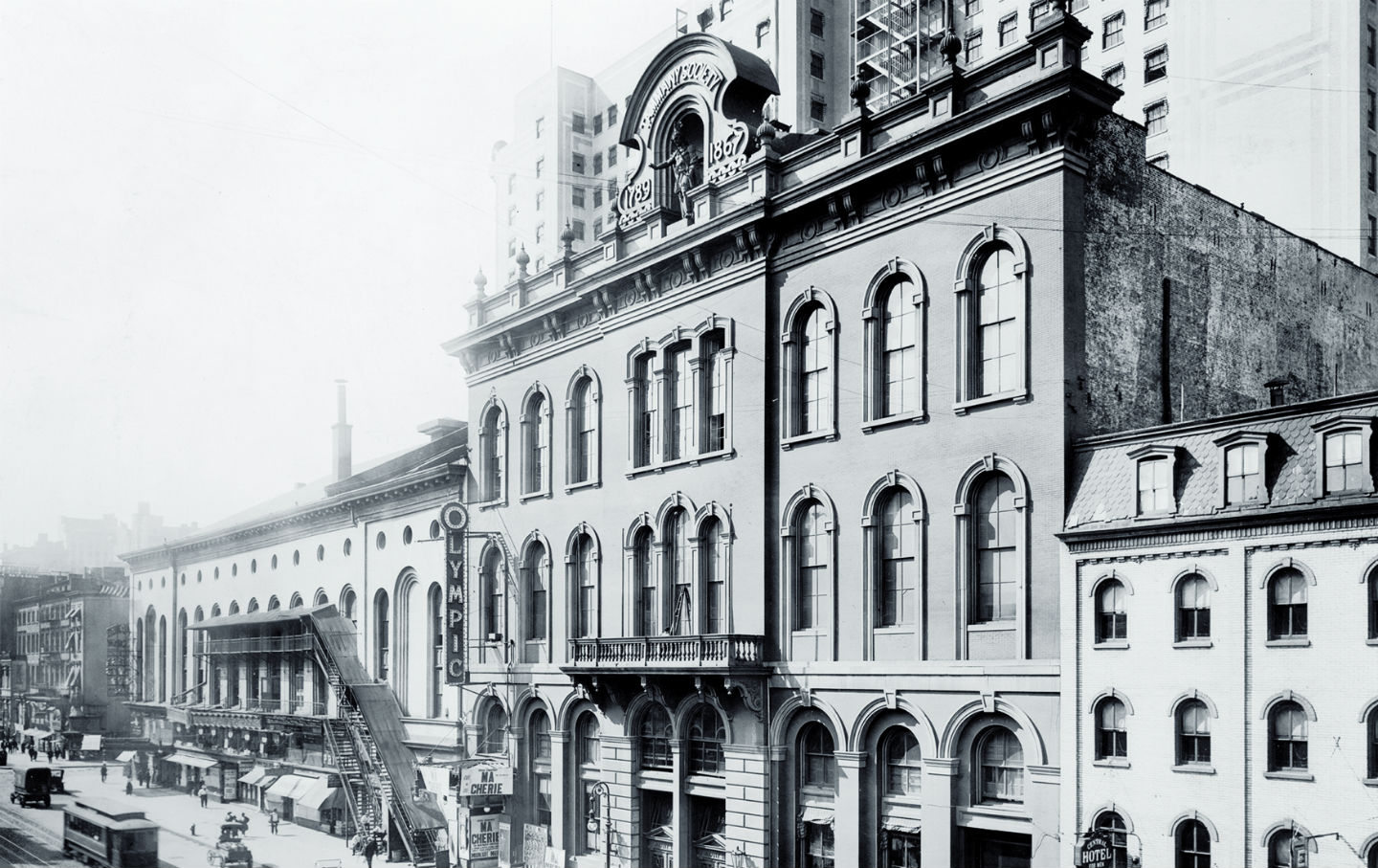 The Rising Against the New Boss

Editorial
Excerpted from the October 21, 1875 Issue

There is no very great mystery about the power either of Tammany Hall or of the “boss” who for the time being “runs” it, and it is on this account that we can hardly be expected to feel much enthusiasm at the prospect of a rising against the present one. Within the memory of the present generation of men in New York there has always been a “boss,” and at periodical intervals there has been a “rising” against him. Formerly it was Fernando Wood; then it was Tweed; now it is Kelly. Moreover, there are certain facts which tend always to the production of “bosses” in this city. New York is Democratic and very wealthy, and is managed through machinery which is very intricate and difficult to get the run of. This machine must be managed by a set of men who devote a very large part of their time to it, and as politics is not an attractive profession to people of wealth and intelligence in this country, these men will be in the main poor men who are “after” money. Honestly or dishonestly, Wood, Tweed, and Kelly get rich out of the city treasury, and then, being men of property, they use it to advance their friends and punish their enemies. This process goes on without attracting much attention, until the “boss” has made a good many enemies, when he in turn is denounced as a “usurper” and “tyrant,” and with the aid of good citizens and the press he is “hurled from power” into ignominy and oblivion—or Congress.

It is necessary, however, for the reformers and exhorters who wish to hurl the “boss” from power to remember that it is a process which must not be repeated too frequently. In former times, the practice used to be to allow the memory of the last rising to die out before a new one was begun. The young and enthusiastic can always be persuaded once in their lives that if they will only rise and hurl a “boss” from power, all will be well—that there will be no more fraud or peculation, no more interference with the independence of the judiciary, no more Tammany Hall. But when they have seen it done once, and yet are made painfully aware that Tammany has not been swept away, nor is the judiciary independent, nor has corruption disappeared, but another “boss” has come in to take the place of the old one, they cannot in reason be expected to “rise” immediately again. No community has the journalistic capacity for continuous indignation at things it cannot alter, and so, instead of rising, they remain perfectly quiet. Rising against “bosses” is really such a necessary and valuable last resort in New York that we should be sorry to see the practice fall into contempt through familiarity with it. There is very little danger that the people of New York will allow themselves to be persuaded into believing that the wild election nightmares invented by the press have any real existence. On the other hand, if the people have made up their minds to “rise” against John Kelly, rise they undoubtedly will and “hurl” him into the abyss.

The Sources of Communism

The Hue-and-Cry Against the Indians

To the Editor of The Nation:

The destruction of General Custer and his command must be regarded as a calamity to the Indians as well as to the nation. It precipitates anew upon the tribes concerned the awakened wrath of the American people. The press are now opening upon the Indians generally, and with a hue-and-cry in particular for the extermination of those tribes who dared to raise their hands against the gallant soldiers of the Republic, who were in the field in obedience to its commands.

But what are the facts in this case? General Custer, at the head of three hundred cavalry, rode into an Indian encampment of twenty-five hundred Indian warriors, and without preliminaries, as we must suppose, commenced an attack. He intended to rout this encampment, men, women, and children, and kill all who resisted without hesitation and without remorse. Unfortunately for General Custer and his men, they encountered the bravest and most determined Indians now living in America. They were surrounded and defeated, so that not a man escaped. They experienced the precise fate they intended for the Indians. We admire the gallantry of General Custer and his men; we mourn their loss; but who shall blame the Sioux for defending themselves, their wives and children, when attacked in their own encampment and threatened with destruction? This calamity is simply a chance of war—of a war waged by our Government upon these Indians, nothing more and nothing less.

There are some eight or ten tribes of the Sioux or Dakotas now living between the Missouri River and the Rocky Mountains. They were forced upon the Plains from their original homes on the headwaters of the Mississippi by the advancing tide of white settlers who demanded their lands. They were thus compelled to change their country as well as their plan of life, and from settlements more or less permanent in villages to live in roving camps on the Plains. Without a supply of buffalo-meat adequate to their wants, they would perish from hunger. Such is their present condition and their precarious means of living. During the last ten years, the discovery of gold in the Black Hills attracting white settlers, the construction of the Northern Pacific Railroad, and the constant marching of military forces and of Government exploring parties through their country, have endangered their subsistence by disturbing the wild herds of buffaloes on their ranges and turning them in other directions. This disturbance is with the Indians a matter of life and death.

The war now being prosecuted against a portion of the Dakota tribes was commenced deliberately by the Government. Before the summer is over, we may expect to hear of the destruction of the great body of these unreasoning and unreasonable Indians, who refuse to treat for the surrender of their lands upon terms they could not approve, and whose extermination may be regarded by some as a merited punishment. The good name of our country cannot bear many wars of this description.

Lewis Henry Morgan (1818–1881), an anthropologist and lawyer, was the only American whose work was cited by Karl Marx, Charles Darwin and Sigmund Freud.